The enhanced public health measures, including staying home and physically distancing from each other, are working to contain the spread of the virus and flatten the curve.

Previously, the health officials said Ontario would hit its peak in May, but that given the enhanced measures, the peak came sooner than expected.

The peak means that the measures in place are pushing down the rate of infections.

Dr. Yaffe says emergency measures must remain in place to continue reducing the number of cases and deaths.

According to Brown, Ontario will now see 20,000 or less total cases by the end of April, compared to the 80,000 originally projected —  the province is now trending toward a best case scenario rather than a worst case scenario.

“The province has avoided a significant surge in cases. Total cumulative cases are forecast to be substantially lower than worst case or even moderate case scenarios projected by previous models,” the province said. 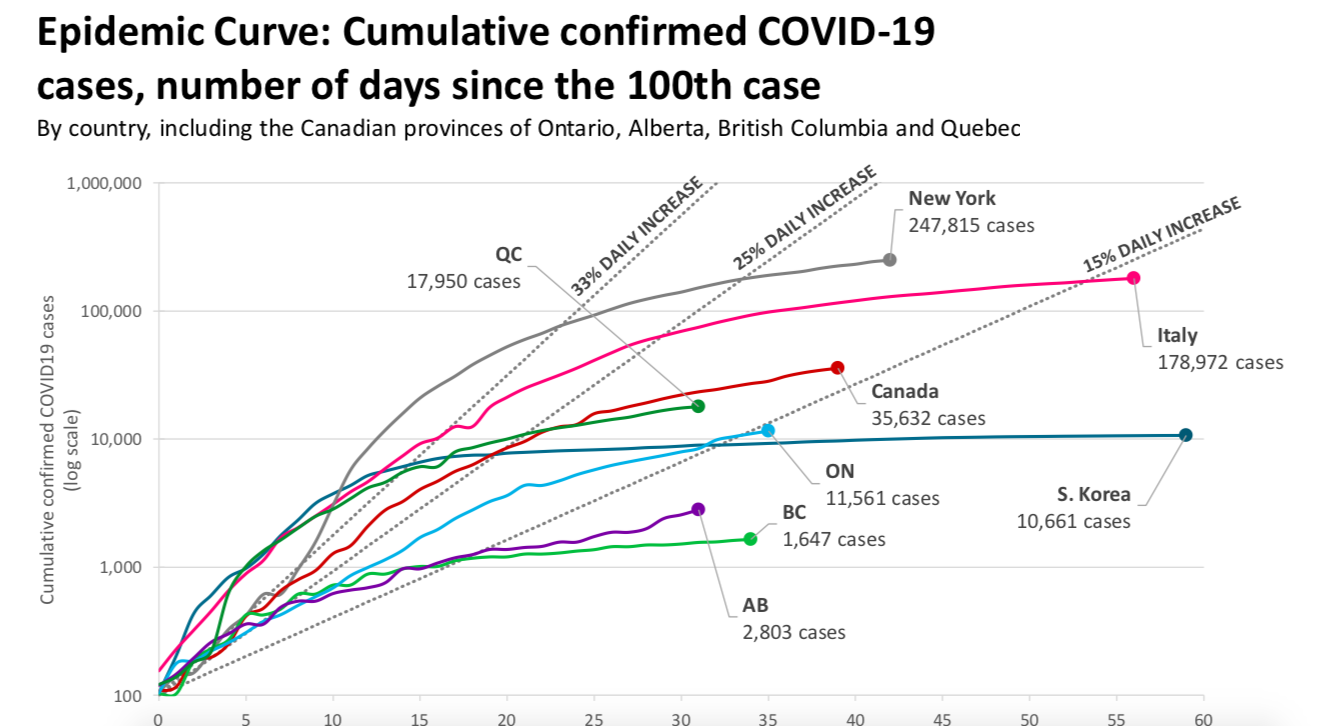 Total number of cases by province (Province of Ontario)

He also emphasized that the province is tracking the spread of coronavirus in two groups – the general population and congregate group settings like long-term care homes and shelters, which are showing different projections.

Outbreaks in long-term care and congregate settings continue to be a “major concern” and  actions are underway to protect vulnerable people in these settings.

According to the province, while several hundred new cases are identified daily in Ontario, hospitals across the province have not been overwhelmed by the COVID-19 outbreak as a result of capacity planning and the public health measures currently in place. The rate of growth day-over-day is declining.

“The information released today shows early but unmistakable signs that our efforts are working,” Christine Elliott, Deputy Premier and Minister of Health said.

“These numbers are not an accident. They are the result of months of planning and collective action to stop the spread of COVID-19 and flatten the curve. However, in order for these projections to become reality, each of us must continue to stay home as much possible and practise physical distancing.” 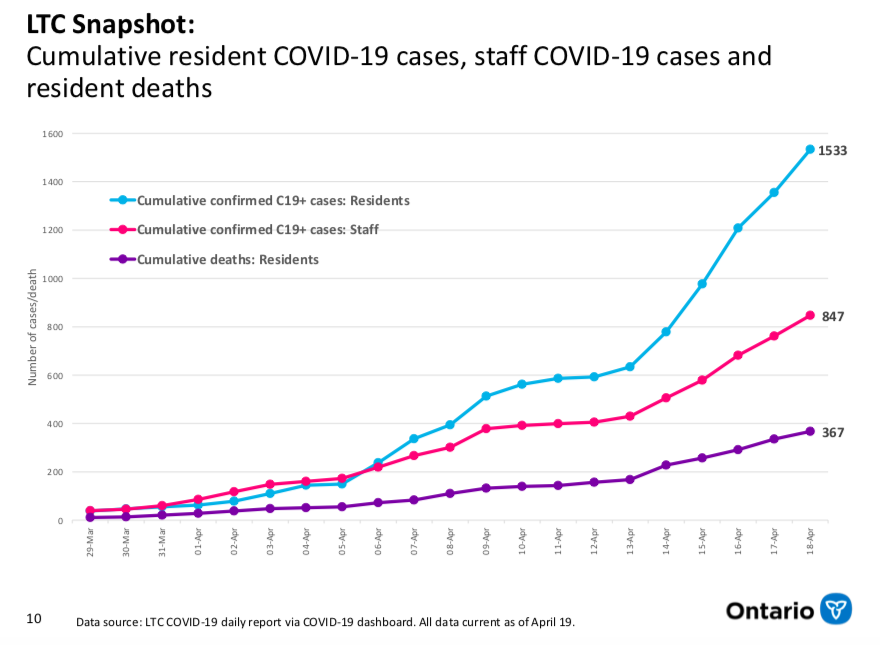 These measures include enhancing and expanding testing for symptomatic and asymptomatic contacts of confirmed cases; providing public health and infection control expertise; and redeploying staff from hospitals and home and community care to support the long-term care home workforce.

“The new province-wide modelling data are encouraging, but we know that long-term care homes and other congregate settings will track on a different path, Dr. Merrilee Fullerton, Minister of Long-Term Care said. “We will continue to take aggressive action to support our most vulnerable residents and their caregivers.”

Earlier this month, Ontario health officials have projected that provincial death toll for the entirety of the COVID-19 pandemic, with the existing measures in place, could be anywhere from 3,000 to 15,000.

At the time, they said that if Ontario had no measures put in place over the entirety of the pandemic, there would be 100,000 deaths.

They also projected that the pandemic may last for 18 months to two years, as there could be a potential second wave of the virus.

For the month of April, deaths were projected to be 1,600 in the province. If measures had not been in place there may have been 6,000 deaths.

As for cases, early projections stated that if there were no measures in place, there would be 300,000 cases in Ontario by the end of the month.

With the current measures in place, the health officials said there will be a total of 80,000 cases by the end of the month.