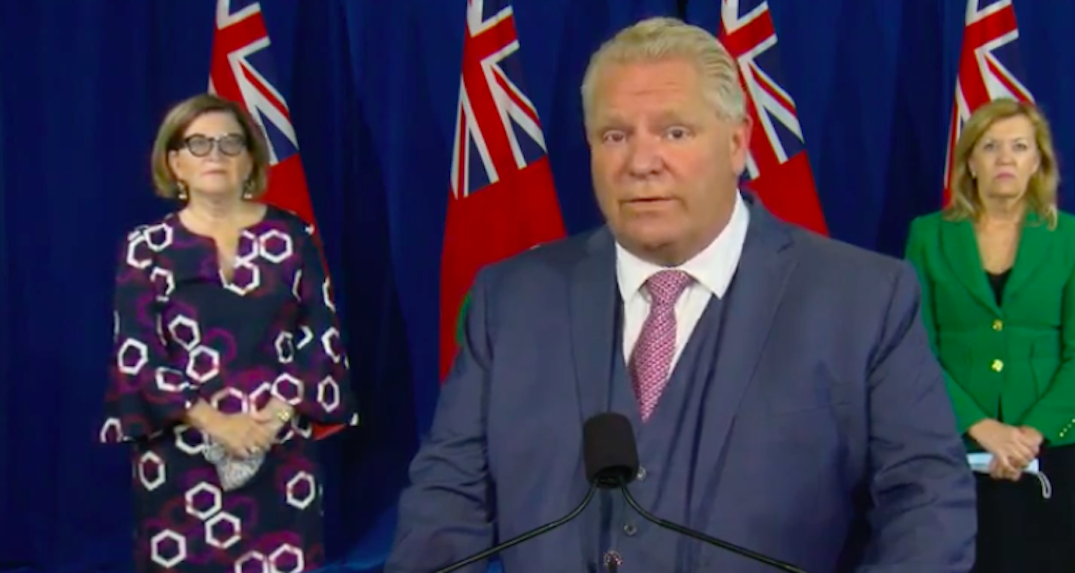 Premier Doug Ford will be providing his daily announcement on Tuesday afternoon as the province continues to report an increase of COVID-19 cases.

Ford will be joined by Christine Elliott, Deputy Premier and Minister of Health, at Queen’s Park.

On Monday, both medical officials, through separate press conferences on Monday, Ontario Health Minister Christine Elliott and Toronto’s Medical Officer of Health, Dr. Eileen de Villa, said that the recent record-breaking numbers in the province are due to Thanksgiving gatherings.

The province saw a record-breaking 1,042 new COVID-19 cases on Sunday morning, breaking Saturday’s record for the highest case count since the virus began. At the time, Saturday broke the record for most cases with 978.

The daily press briefing will take place at 1 pm.