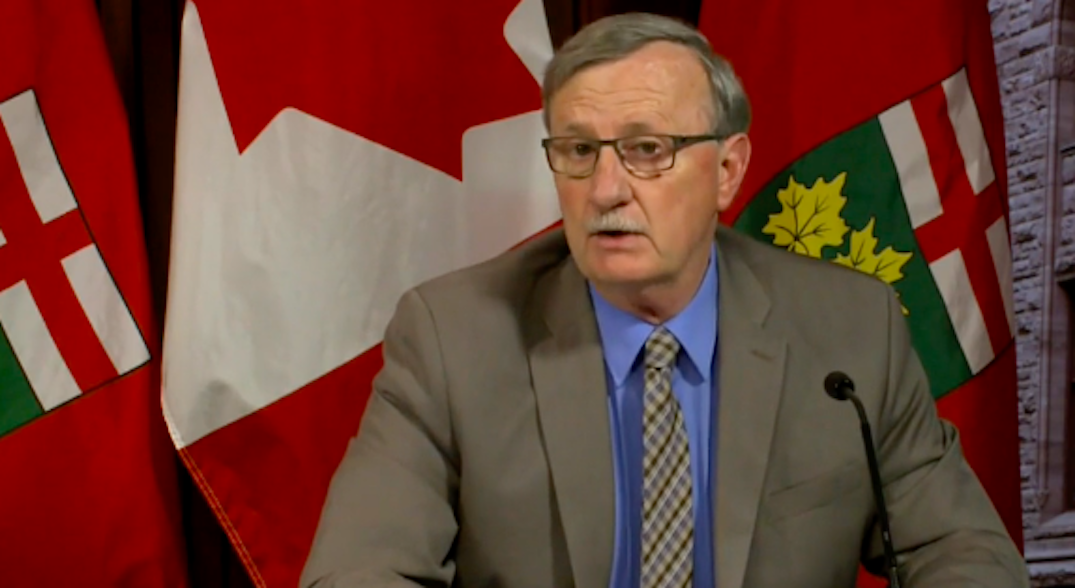 On Monday, during a press briefing Ontario’s Chief Medical Officer of Health, Dr. David Williams, said last week modellers predicted that if the province stayed at a growth rate of 3% there would be closer to 4,500 to 5,000 cases per day by this time.

While numbers got close to this due to “some reporting issues” the province’s cases have plateaued in the mid-3,000 range, with just over 2,500 reported today.

Williams acknowledged a lower amount of testing over the weekend could result in fewer cases being reported. However, he pointed out that when looking at cases over the holidays and New Years’, percent positivity rates increased, whereas now they are decreasing.

“Ontarians are making headway,” he added. While it’s a “few numbers,” Williams said it’s a “positive sign you’re doing a good job,” and for those who aren’t following the rules, it’s time to “focus and get back to the task of doing that.”

A second State of Emergency was announced by Premier Doug Ford, who also issued a Stay at Home order, effective January 14.

This means everyone must stay home and only go out for essential trips, such as going to the grocery store or pharmacy, accessing healthcare services, exercising or essential work.

Toronto’s Medical Officer of Health, Dr. Eileen de Villa, commented at the city’s press conference that 82% of residents stayed at home from January 3 to January 9, an increase from previous months and close to what it was when the pandemic started.