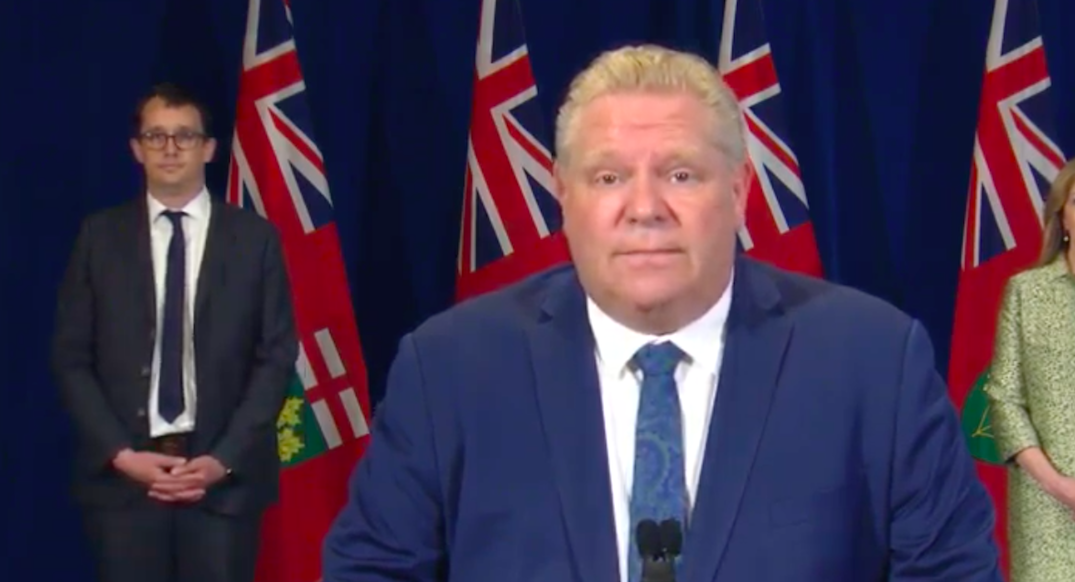 The Province of Ontario released over 60 guidelines for different sectors in the economy to prepare on reopening, as the “curve is flattening” for COVID-19 cases in Ontario.

On Thursday, Premier Doug Ford said that businesses and parts of the economy should “get ready” to reopen.

“Despite the uncertainty we have many reasons to be optimistic right now,” said Ford.

“We have taken a measured approach, and 14.5 million of us have taken it seriously, because of that we have made tremendous progress… We are on the path to reopening the economy because that curve is flattening.”

The newly released government safety guidelines will provide direction to those working in manufacturing, food manufacturing and processing, restaurant and food service, and the agricultural sector.

These measures build on more than 65 guidelines developed by Ontario’s health and safety associations in response to COVID-19 for various sectors such as retail, health care, construction, transportation, police services, firefighters, and transit employees.

“We all want to reopen our businesses, services and favourite places across the province, but we must do it in a safe and responsible way,” Ford said.

“That’s why we are providing clear guidelines to employers, with practical measures to help them keep staff and customers safe while preventing the spread of COVID-19. By taking these steps, we will be prepared to get people back to work when the time is right.”

These sector-specific guidelines feature recommended actions employers can begin to plan for as they prepare to adapt to the new reality during the pandemic.

Guidelines in place will be for businesses and companies to ensure of appropriate physical distancing, like eliminating pay-at-the-door options, holding team meetings outdoors, staggering shift times and using ground markings and barriers to manage traffic flow.

The province also said there should be greater promotion of proper workplace sanitation, providing personal protective equipment (PPE), ensuring customer-facing staff are given hand sanitizer, and enforcing handwashing before and after breaks.

Ford acknowledged that opening up the economy will happen in phases, as quickly as possible “when it is safe to do so.”

“We have a clear criteria for opening and in the upcoming weeks will provide updated advice to help them adapt to the new reality we face,” Ford said.

Ford also addressed that the province must open together and that rural areas who have far fewer cases than urban centres, will not open sooner in order to prevent travel between different regions.

The premier also said that starting this week, 58 new inspectors will join the hundreds of existing provincial labour inspectors on the ground to ensure workplaces are following safety measures.

It is in this stage that “large public gatherings such as concerts and sporting events will continue to be restricted for the foreseeable future.”

Throughout each stage, continued protections for vulnerable populations must be in place, along with the continued practice of physical distancing, hand washing and respiratory hygiene, and significant mitigation plans to limit health risks.