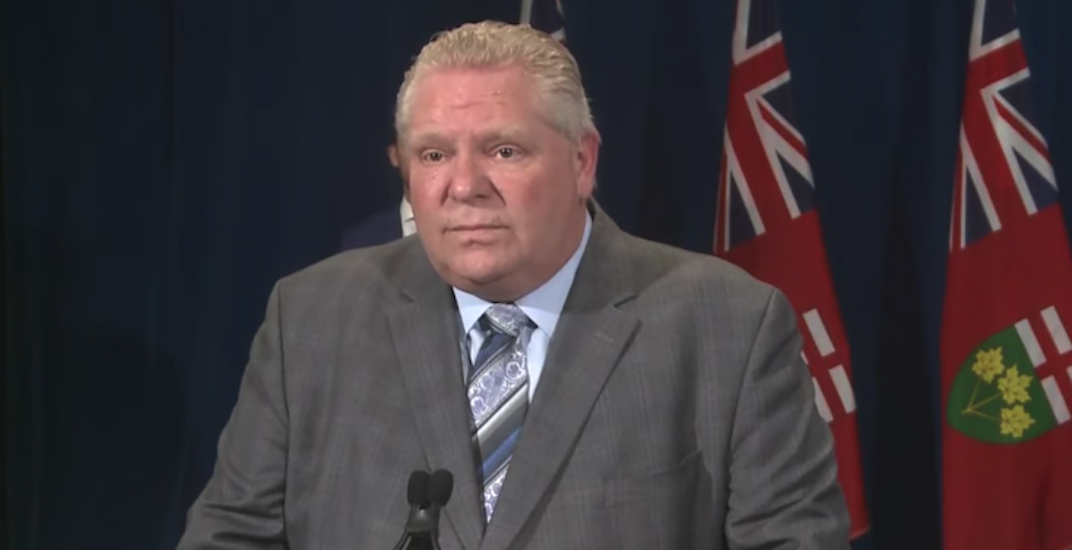 Premier Doug Ford doesn’t want visitors from outside Ontario, as the province continues to battle the spread of COVID-19.

There are 347 new coronavirus cases in the province, the lowest single-day increase since April 6, as of Wednesday morning.

And Ford said he is feeling positive on the results over the last few days, when new cases have decreased periodically.

“I’m not willing to roll the dice,” Ford said. “I ask people to just hang in there.”

The premier said that Ontario has come so far in its fight against coronavirus, and that the situation in the province is different than Saskatchewan, Manitoba, and Quebec, who have all planned out their economies reopening.

But for now, if you aren’t a resident of Ontario, Ford wants you to stay at home.

“We don’t want people right now coming across the border,” he said. “I love Quebecers, I love people from Manitoba, but stay home. That goes to the US as well.”

Ford added that “it’s nothing personal,” and “we are doing so well.”

“If you don’t live in Ontario, stay at home. When this is over, we welcome you with open arms.”

Legault also said that primary schools throughout the province, excluding in the Greater Montreal area and Laval, are scheduled to reopen on May 11.

Montreal and Laval primary school students are scheduled to return on May 19.