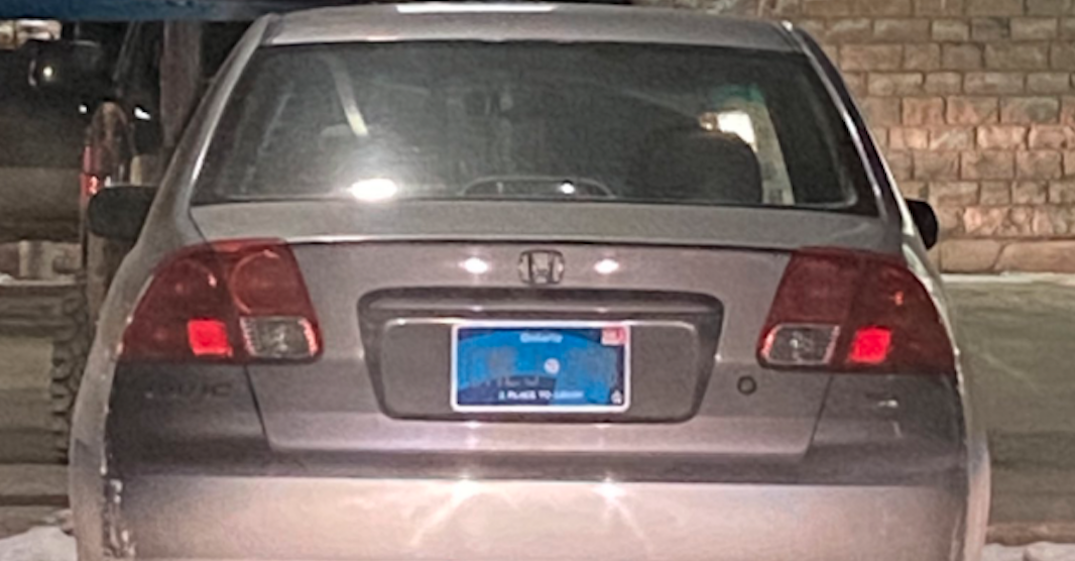 The Government of Ontario will be dropping the new blue provincial licence plates.

Approximately 145,000 of the new plates were manufactured while awaiting final testing results from the key stakeholders, according to a provincial statement released on Wednesday.

“After thorough testing by law enforcement and other key stakeholders, we are following their advice and will not be moving forward with the new plate for passenger vehicle use,” the statement said.

According to the province, under “very specific” lighting conditions, stakeholders identified visibility issues due to glare and as a result, further work is needed.

Because of this, Premier Doug Ford decided that the redesign of the new licence plate will no longer proceed.

“Our government’s primary focus over the past several months has been on the response to COVID-19,” the statement read.

Going forward, the old “Yours to Discover” white embossed licence plate will be used and the “delamination issue” with the plate has been resolved by the manufacturers with a five-year guarantee on the product.

“At this time, we are exploring all options to use these plates where they would be appropriate for an alternative use, such as trailers or recreational vehicles.”

In the meantime, the province will be figuring out where to use the remaining plates in stock.

The province is also urging all residents to not visit a Service Ontario centre to exchange licence plates unless it is “absolutely necessary.”

During the daily press conference, Ford said the “plates have not been top of mind for a while.”

As the licence plates would have needed more work, the premier said he did not want to put more resources towards this initiative.

He acknowledged that an inventory has been made with the existing plates and the government is deciding if the licence plates can be given for “non-passenger vehicles.”

Ford also said that there are over 31 other categories of vehicles that the licence plates can be used, adding that it will be of no additional cost to tax payers.

Earlier in the year, the blue licence plates have had some difficulties with rollout.

On February 28, the licence plate’s main issue was primarily on visibility — approximately 71,000 plates had to be replaced with enhanced plates to help with readability.

The City of Toronto also had concerns over the visibility of the licence plates at the time they were first being rolled out.

In February, a spokesperson for the City of Toronto said the photo radar program, which is part of the city’s Automated Speed Enforcement (ASE) that captures images of vehicles, licence plates, as well as their speed, if they are violating the laws of the road — were having difficulties reading the new licence plates.

The new licence plates were first announced in 2019, when the province released that new slogan for the plate to be “A Place To Grow” instead of “Yours To Discover.”