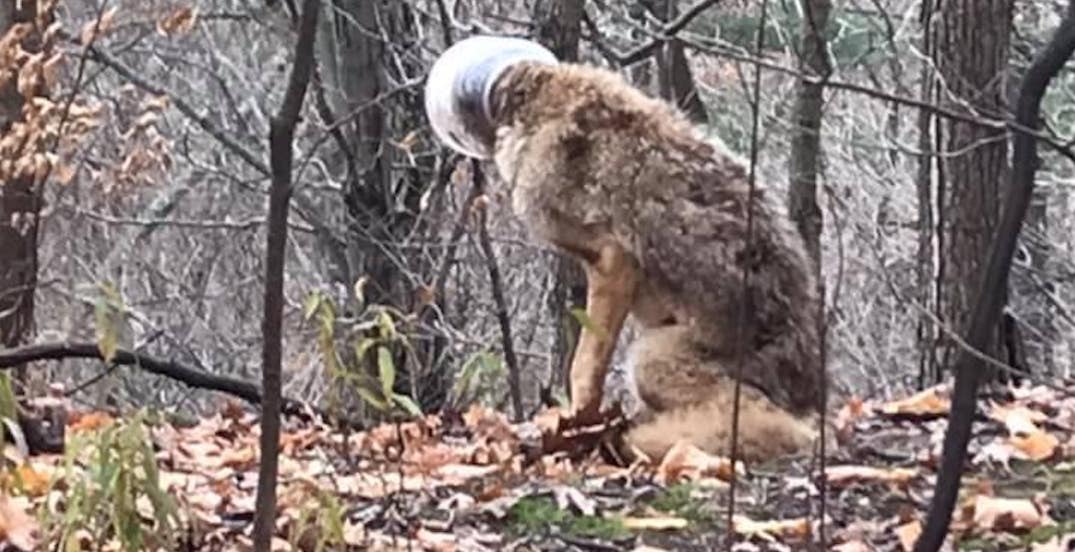 Animal protective services have successfully rescued a coyote in the Oakville area that required assistance after it got its head stuck inside a plastic container.

The animal was first spotted in Bronte Creek Provincial Park over the weekend, and on Monday the Oakville Humane Society said it had a team of officers on-site looking for the animal.

If you are in the Bronte Park area today and you spot a coyote with its head caught in a container, please call the OMHS at (905) 845-1551 and provide its location. Do not approach the coyote, as it will likely run away when approached. We have a team of officers on site. pic.twitter.com/OkH8Fa5Gp5

However, late Monday evening, Animal Protective Services was able to successfully track down the coyote, according to the Oakville Humane Society, who thanked the team for braving the darkness and “fierce winter storm” to safely rescue the animal.

“The container was removed and the coyote is recovering at Hobbitstee Wildlife Refuge,” reads a tweet from the group.

Great work by our amazing Animal Protective Services team who braved darkness and a fierce winter storm to safely rescue a coyote with a plastic container stuck completely over its head. The container was removed and the coyote is recovering at Hobbitstee Wildlife Refuge. pic.twitter.com/af9M0I6px0