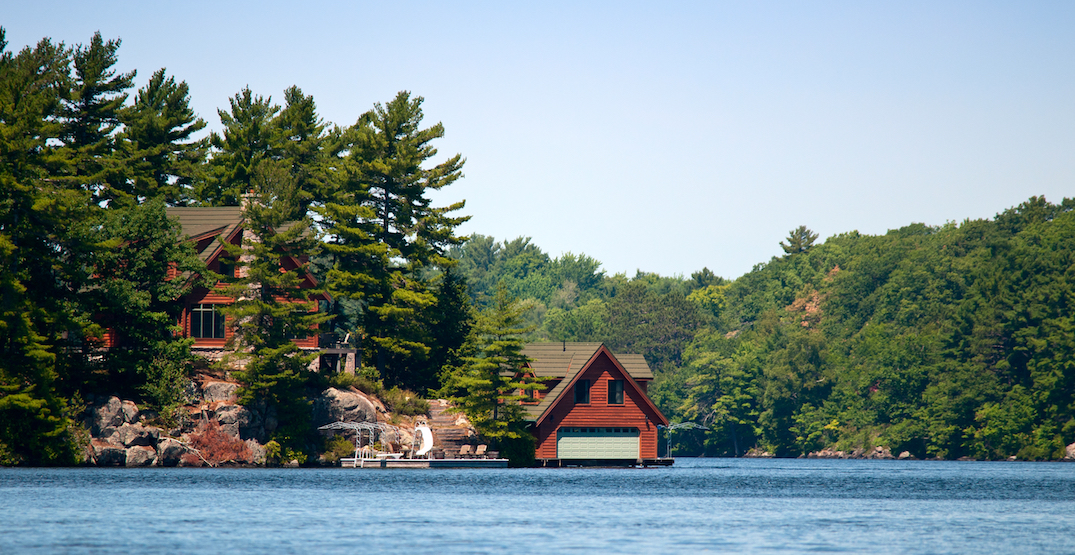 It’s not just the housing market in Ontario that’s hot right now — the average price of a cottage, cabin, or ski chalet has been skyrocketing over the past year and there’s no end in sight.

A new report from Royal LePage is predicting a 17% rise in the price of recreational houses in Ontario in 2021, bringing the average price up to $547,207. This comes after the already whopping 19% increase that was seen in 2020, with waterfront properties in particular increasing 21.5% last year.

Ontario’s expected increase is slightly higher than the projected national average of 15%, which would bring the average Canadian recreational house price to $502,730.

According to the report, demand has been extremely high in Ontario, particularly in the Muskoka area.

“Muskoka, like many smaller communities within a reasonable drive from the GTA, was particularly impacted by the migration out of the GTA, and by buyers who accelerated their long-term plans to purchase a second property,” said Royal LePage broker John O’Rourke. “A scarcity of inventory added more fuel to the fire, creating competition in the market unlike anything we’ve seen before.”

With demand being so high, the report notes that many buyers are having to put in an average of four to 10 offers before being able to secure a new place.

“Meanwhile, 69% of those who work primarily with sellers say that their clients’ properties are receiving a minimum of four offers on average, and 27% of those agents say they are seeing more than ten offers per listing.” the report reads.

The report also found that 87% of the recreational real estate professionals surveyed said that more than half of properties available on the market are selling above the asking price.

With competition being stiff, Royal LePage has found that even Ontario cottage destinations that typically don’t receive as much attention in a normal year have been in high demand recently.

“Land O’Lakes is not a region that typically experiences this kind of activity, but since the onset of the pandemic, supply cannot keep up with the increasing demand,” said Royal LePage ProAlliance Realty broke Chris Winney. “As no one has been able to travel for the last year, buyers of all ages and stages of life are looking for recreational properties that offer the flexibility, and internet quality, that will allow them to work remotely if they choose, but also have rental potential.”

These trends haven’t just been seen in Ontario — they’re happening all over Canada.

“From coast to coast, the line between primary residence and recreational property is blurring,” said Phil Soper, president and CEO of Royal LePage. “The trend began last summer when the option of traveling abroad was taken away, and continued to gain popularity as it became clear that with access to high speed internet, many people can do their jobs from just about anywhere.”

With the pandemic-era shift to work from home being a large incentive behind Canadians looking for recreational property, what will happen to the market once we move out of the pandemic remains to be seen.