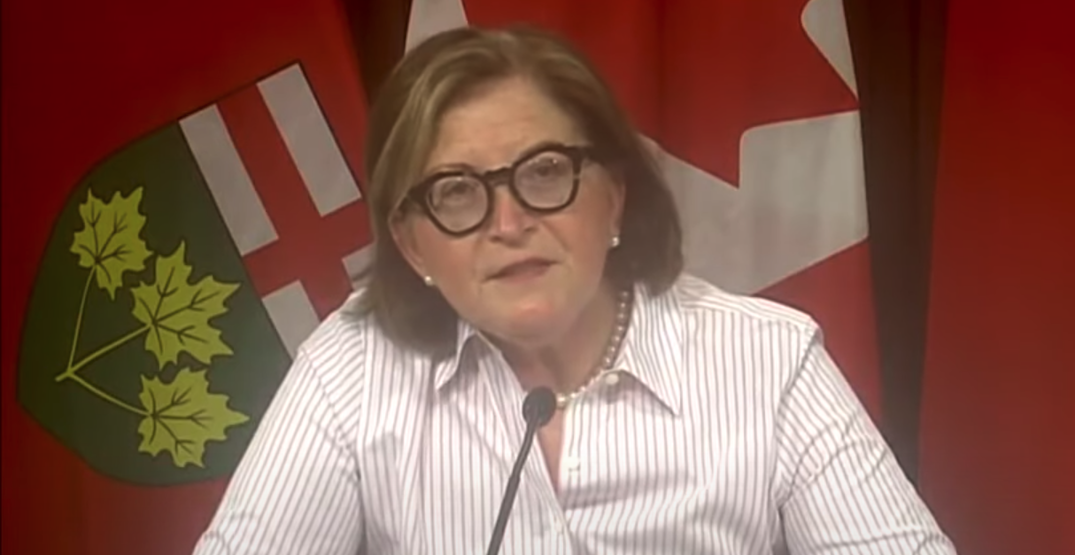 There is a chance Ontario’s COVID-19 peak will happen this week, according to the province’s health officials.

While the province has over 7,000 confirmed cases of this coronavirus, the number of new cases is declining “slowly.”

And according to Dr. Barbara Yaffe, Ontario’s associate chief medical officer of health, assuming all public health measures continue, the peak is likely to happen soon.

“Our numbers, generally speaking, the number of new cases each day has been going down slightly. Not exactly but the general trend,” said Yaffe on Monday. “The modellers have told us that the peak is likely going to happen this week.”

Dr. Yaffe said that after a peak, there will still be cases, but they will go down.

“That’s assuming all the measures in place continue, all the public health measures continue. If they are in fact correct, and things continue, after a peak, usually things go down,” she said.

On April 3, Ontario released its projection models for the pandemic, and it stated that for the month of April, deaths were projected to be 1,600 in the province. It also said that with the current measures in place, there will be a total of 80,000 cases by the end of the month.

But the health officials said if physical distancing measures are enhanced, there could be 12,500 cases and 200 deaths.

Dr. Yaffe made her predictions with an abundance of caution, as distancing measures have to continue if the province peaks.

“I am very hopeful as well but also, you know, with an abundance of caution and not assuming anything because we have to keep working at the physical distancing and all the measures that we have in place,” she said, adding that this gives her “a glimmer of hope.”

The “glimmer” was echoed by Premier Doug Ford on Monday during his press confrence.

At the time, Ford announced that he plans on extending the province’s state of emergency by 28 days.

Ford also said there is a “glimmer of light at the end of the tunnel,” but continues take the advice of the chief medical officer and health officials in regards to the continuation of the state of emergency.

Priority will be given to long-term care homes and retirement homes, while more tests will be available to hospital patients and frontline healthcare workers and first responders. Ford also promised increased testing in homeless shelters and prisons.

Ongoing testing of the general public will continue at any of the approximately 100 assessment centres in Ontario.