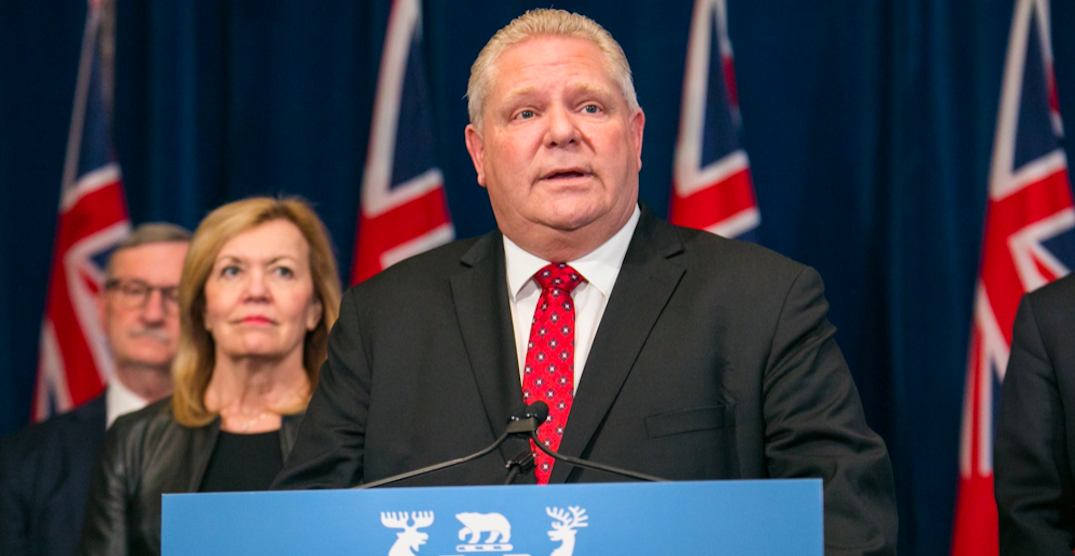 Premier Doug Ford announced that he plans on extending the province’s state of emergency by 28 days amid the COVID-19 pandemic.

According to Ford, the extension will take place when the legislature resumes on Tuesday. Ford said besides the state of emergency, they will be addressing education, childcare, and municipal housing.

“Hopefully we’ll get through this,” said Ford. “I just want to thank members of the opposition for their cooperation on getting these passed right away.”

As per the Emergency Management Act, the “Assembly, on the recommendation of the Premier, may by resolution extend the period of an emergency for additional periods of no more than 28 days.”

And two weeks after premier Ford declared the state of emergency for Ontario amid the COVID-19 pandemic, he confirmed that it will be extended on March 30.

The LCBO also remains open, with reduced hours and is now closed on Mondays.