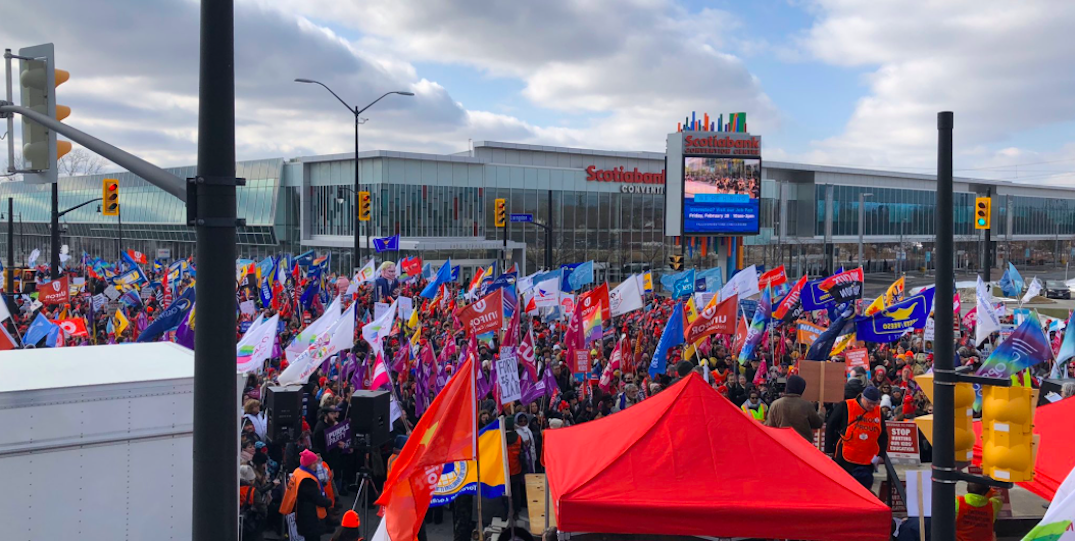 This means that all teachers in publicly funded Catholic district school boards across Ontario will be on strike.

Last week, OECTA was at the bargaining table with the province, suspending their rotating strikes during the negotiation process. But the discussions resulted in both sides being unable to reach any resolution.

“Instead of coming to the table with a plan to reach an agreement, the government continued to insist on its deep, permanent cuts,” OECTA President Liz Stuart said. “All the while, the Minister of Education has continued his attempts to mislead the public, by making baseless accusations against Catholic teachers and our association, and by peddling the inaccurate claim that enhancements to our benefits plan is the sticking point in bargaining.”

OECTA also stated that their “bad-faith bargaining complaint” before the Ontario Labour Relations Board (OLRB) confirmed that, “despite the government’s attempt to conceal the results of their public consultation, education stakeholders and the public unequivocally reject any plan to increase class sizes” — this is a major bargaining point amongst the province and four major Ontario teacher unions.

According to the Catholic board, it was their decision to pursue a bad-faith bargaining complaint against the Crown that has made the full education consultation documents available to members of the public, media, and opposition political parties, who can now apply to obtain a copy of the documents under the Tribunal Adjudicative Records Act.

The decision was made to ensure transparency for the public during the negotiating period.

“Our association remains committed to the goal of reaching a fair agreement at the bargaining table. However, we cannot tolerate the Ford government’s penchant for misinformation and mistruth, nor its efforts to dismantle publicly funded education,” Stuart said.

The province responded to OECTA’s plan for a province-wide strike by claiming strikes from the teachers have resulted in “millions” of student days lost.

“This week, while in discussions with OECTA, we sought to get a deal that is in the best interests of our students through lower class sizes, 100% investment in special education, and protecting full-day kindergarten,” Stephen Lecce, Minister of Education, said.

“Yet again, we have seen obstruction to a deal because of an insistence by the union on enhancements to an already generous benefit package. Students deserve to be in class. That is why I am calling on OECTA to return to the table to get a deal.”

“Catholic teachers understand the long-term consequences of this government’s regressive agenda, and we continue to demonstrate our willingness to stand up and make our voices heard. Parents and the public know that we are the last line of defence against the Ford government’s reckless education cuts,” Stuart said.