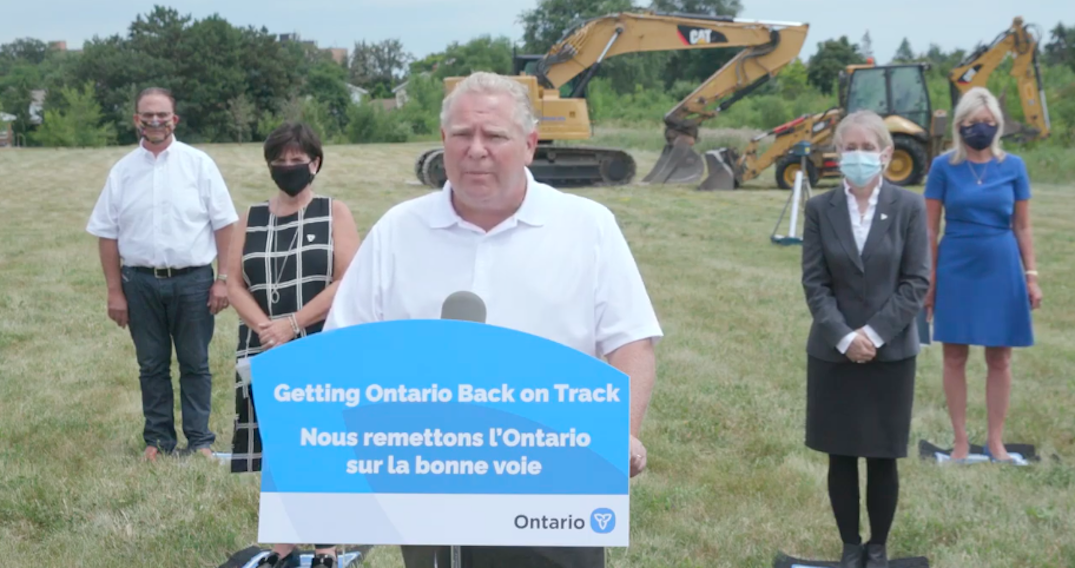 The Ontario government announced it will build two new long-term care homes in Mississauga in a few months.

On Tuesday, Premier Doug Ford announced the Accelerated Build Pilot Program in partnership with Trillium Health Partners and Infrastructure Ontario — the province intends to add up to 640 new long-term care beds by 2021.

The pilot program is part of the government’s plan to create new long-term care beds across the province that meet modern design standards, including features such as air conditioning and private or semi-private rooms “beginning immediately.”

“Our government won’t accept the status quo in long-term care. We made a commitment to seniors and their families to improve the quality of Ontario’s long-term care homes, and we intend to follow through,” said Ford.

“Not only have we recently announced a plan to get shovels in the ground faster on over 120 long-term care projects in our pipeline, we are also exploring innovative partnerships to get more beds built sooner across the province starting with these two pilot projects in Mississauga.”

Through a range of accelerating measures such as modular construction, rapid procurement and the use of hospital lands, the government and its partners are targeting completion of the projects in 2021.

According to the province, large urban centres like Mississauga are areas of “high service need” and have a critical need for additional long-term care capacity.

But they are difficult to build in due to issues like land availability and land cost.

Therefore, to overcome land availability and cost challenges, the homes will be built on land already owned by Trillium Health Partners.

“The pilot is bold and innovative and aims to ensure that more seniors get access to modern homes in a fraction of the time,” said Minister of Long-Term Care Merilee Fullerton.

“Between 2011 and 2018, just 600 beds were added to Ontario’s long-term care system — that’s less than one bed per home. Our government intends to do better to meet the needs of our aging population.”