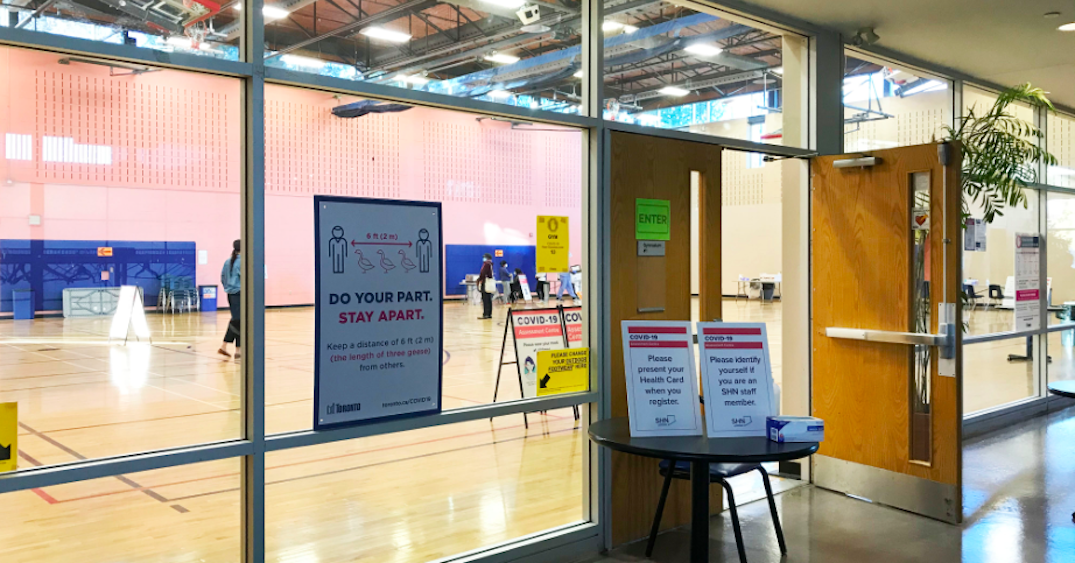 Ontario health officials said that “aggressive” vaccination and Stay at Home orders are needed to help avoid a third COVID-19 wave and lockdown.

“There are two stories here,” Brown said. “One is about success and one is about threat, and they’re not competing stories.”

The first story is that COVID-19 cases, test positivity rates, deaths, hospitalizations are declining. But the second story shows that the B.1.1.7 variant of concern, or the UK COVID-19 variant, is spreading — cases will likely grow again in late February with ICU admissions increasing afterwards.

Variants now consist of 5% to 10% of cases, and to prevent an increase the reproductive number needs to be below o.7. Right now the number is between 0.8 and 0.9. If it’s above 0.9 it will start exponential growth, as the strain is 56% more transmissible.

“Public health measures appear to be effective against all variants,” Brown said. 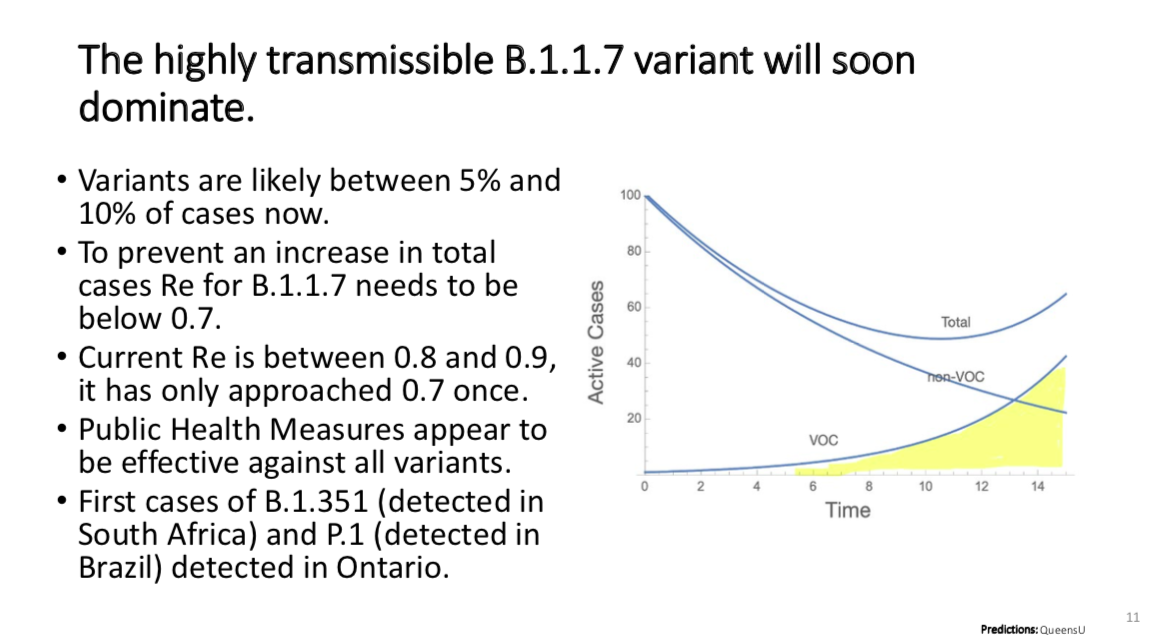 Brown said if the lockdown measures are lifted then the cases will see a drastic increase. 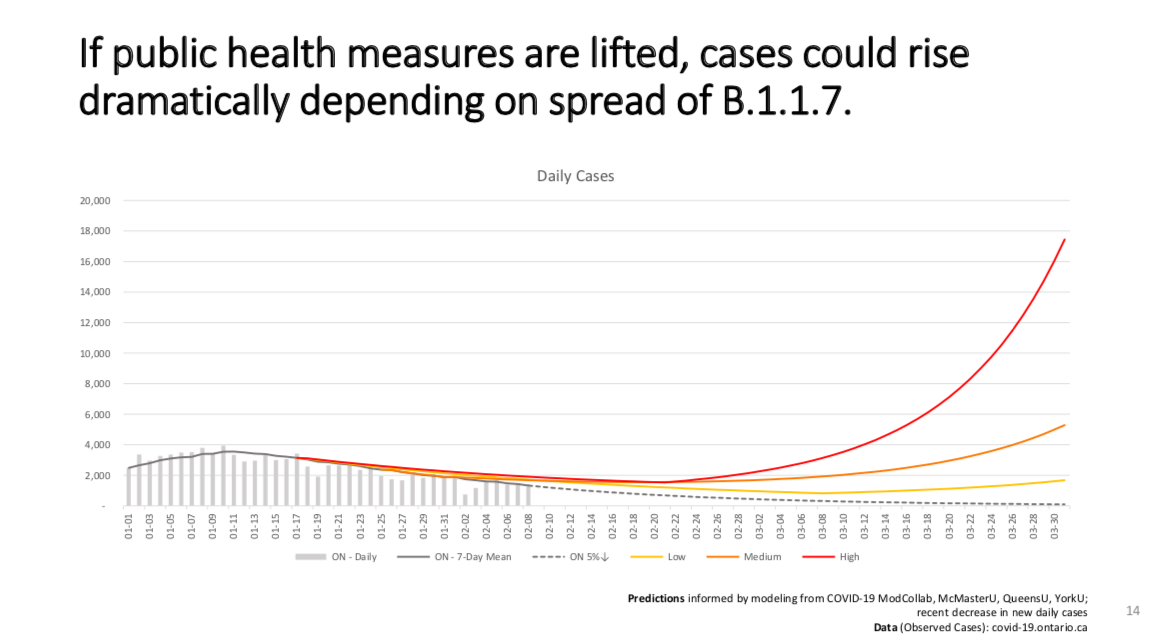 The chart shows in the worse-case scenario cases could almost reach 18,000 daily by the end of March, with a moderate estimate showing almost 6,000 cases, and almost 3,00 daily in a low estimate.

The officials noted that the decline in mobility of residents allowed case numbers to decline. 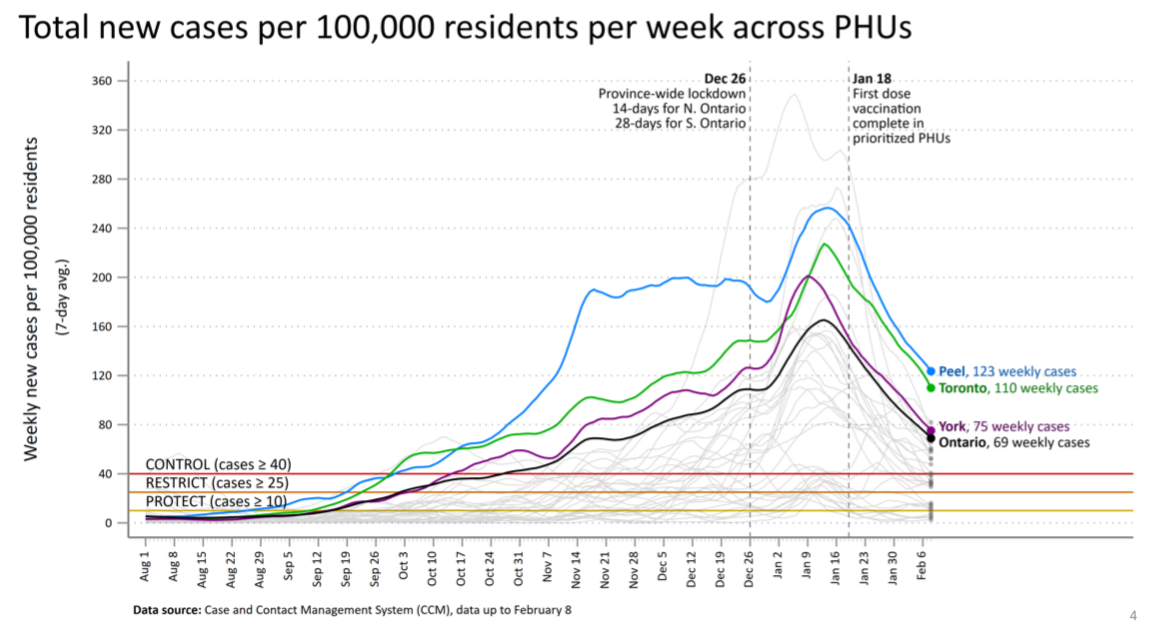 When looking at long-term care, key indicators have improved with daily active cases declining, but deaths in the second wave surpassed the first by almost 1,000.

Brown added that during the pandemic there has been an increase in opioid-related deaths as well as higher admission for those with eating disorders. However, emergency department visits for mental health and addictions have declined.

Once the orders are lifted regions will move back into the province’s colour-coded system, which will allow all retail to reopen with specific guidelines depending on the colour.