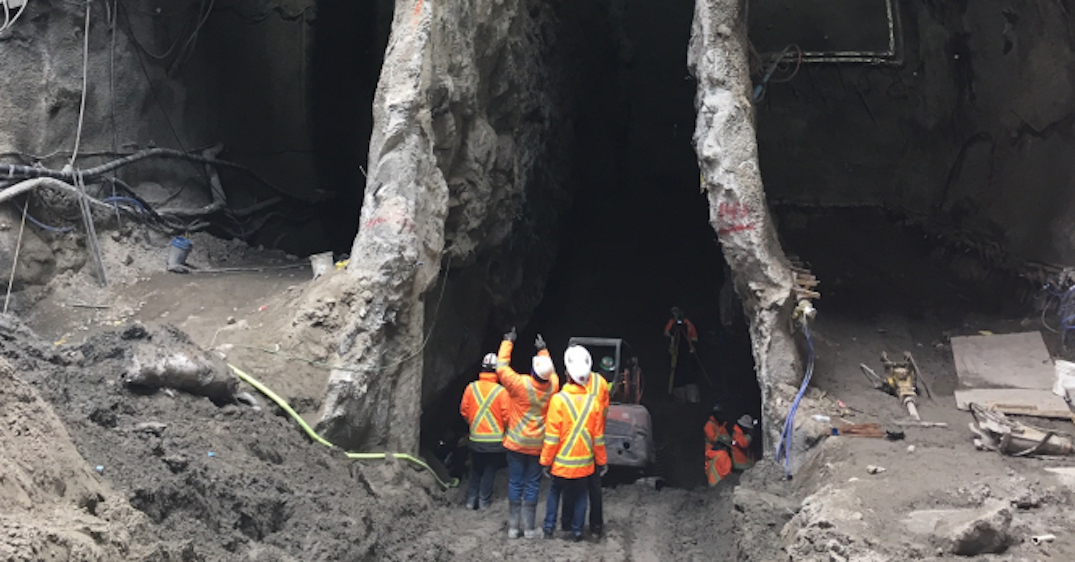 Construction at Avenue Station for the Eglinton Crosstown LRT / Metrolinx

The Province of Ontario is asking the federal government to help fund four major subway projects being built in the GTA.

According to Mayor John Tory, the provincial government’s $30 billion on transit expansion in Toronto — which includes the Scarborough Subway Extension, Eglinton West LRT, and the Ontario Line — is added to the City of Toronto’s investment of more than $6 billion into the existing transit system for new subways, new subway signal systems, new buses, new streetcars, and station upgrades.

“Today’s announcement by Premier Doug Ford and the provincial government is a step forward in the important work we need to do to get the Scarborough Subway Extension and the Eglinton West LRT built,” Tory said in a statement.

Before the First Ministers Meeting this week, Ford will be leading a Team Ontario delegation of Cabinet Ministers to Ottawa to discuss partnering with the federal government on transit funding and other provincial matters.

The invitation to the federal government comes as the Ontario government said the first phase of construction and tunnelling work for two priority transit projects ― the three-stop Scarborough Subway Extension and the Eglinton Crosstown West Extension with planned connection to Pearson International Airport.

Two Requests for Qualifications (RFQs) were issued for Eglinton and Scarborough transit projects, through Infrastructure Ontario (IO) and Metrolinx, which marks the first step in delivering on the province’s agenda to provide expanded and faster transit.

According to Metrolinx, the RFQ is an official call-out to interested bidders to step forward and is the first step in the procurement process to prequalify project teams that have required design and construction capability to undertake projects of this scale.

Once the qualified teams are in place, a Request for Proposals will be issued in the summer of 2020.

Both projects would also provide congestion relief, improved connection to other transit systems and jobs, and a focus to create more transit-oriented communities.

The Scarborough extension will replace the TTC’s Line 3, costing around $5.5 billion, bringing transit approximately 7.8 km farther into Scarborough from Kennedy Station to Sheppard, according to Metrolinx. 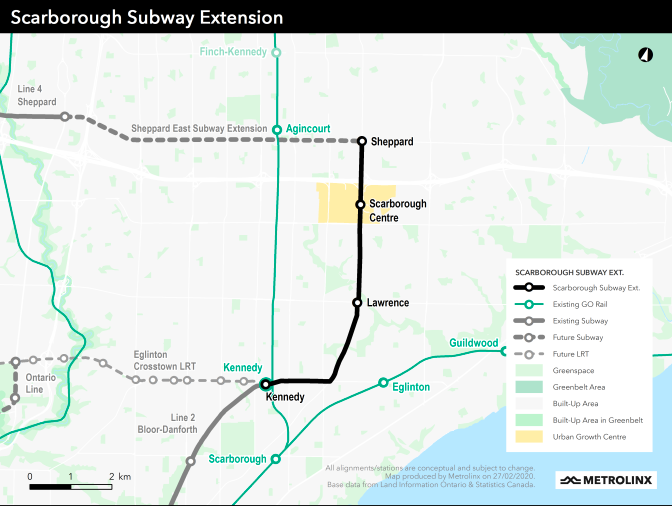 The line will extend approximately 9.2 km from Mount Dennis LRT station to Renforth Drive in Mississauga. There is also discussion to build a transit connection to Toronto Pearson Airport which would cost approximately $4.7 billion. 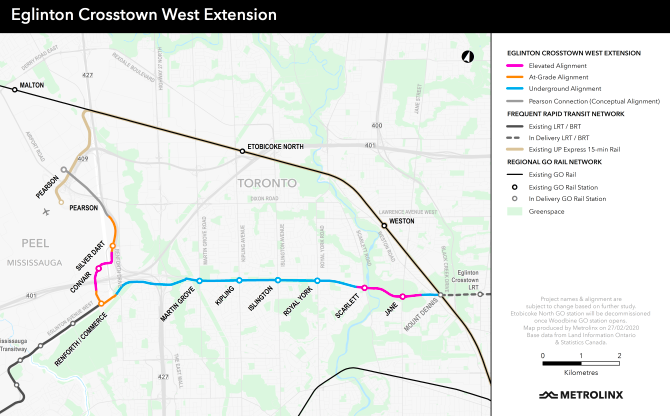 Both transit projects have had delays and plan changes

But both projects have been met with some opposition by community members in Toronto.

The Scarborough Subway Extension was originally supposed to be a seven stop LRT line with a proposed end date in 2015.

For Councillor Josh Matlow, Ford’s new three-stop subway extension will be finished in 2030, cost more money and leaves Scarborough residents without substantial transit for a longer period of time.

“Scarborough residents deserve rapid transit that serves people, rather than political interests,”Matlow said. “It should be based on a good business case. A seven-stop Scarborough LRT network makes sense. A three-stop Scarborough subway, which serves far fewer people, for a lot more money, does not.”

Scarborough residents deserve rapid transit that serves people, rather than political interests. It should be based on a good business case. A 7-stop Scarborough LRT network makes sense. A 3-stop Scarborough subway, which serves far fewer people, for a lot more money, does not.

On Monday, local businesses were said to be receiving $3 million “in support” from the provincial government due to the impact of construction.