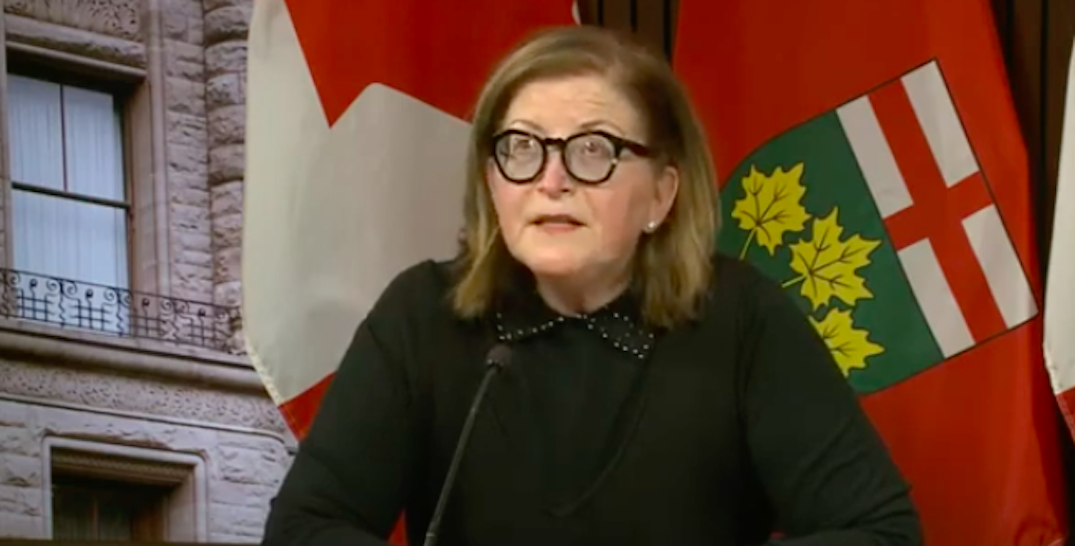 Ontario health officials have confirmed 319 cases of the COVID-19 variants of concern in the province, with the majority being the UK variant.

On Tuesday, Dr. Barbara Yaffe, the associate chief medical officer of health, said of the 319 cases, 309 are UK COVID-19 variants, nine are South African variants, and one is the Brazilian variant.

There are now 15 different public health units (PHU) reporting the variants, and the units that have 10 or more cases are Simcoe Muskoka — due to an outbreak at long-term care — York Region (49), Toronto (38), Peel Region (38), and Durham Region (13).

Of these variant cases, 81% are from either an outbreak or a close contact. And 11% have no epidemiological link identified, with 8% being travel related. Of the total COVID-19 cases reported in the province, 7% are from variants of concern.

Yaffe said that although the public health measures “are paying off,” the variants could cause a third wave if people do not adhere to the health protocols.

On Tuesday, Stay at Home orders were lifted for 27 Ontario regions, while Toronto, Peel, and York’s will be lifted next week. The regions will now enter the updated colour-coded system, which sees all retail open with varying severity of restrictions based on the zone.

“We are not reopening the province… This is not the time to get complacent,” Yaffe said. “We are urging everyone to stay at home and limit non-essential trips.”

The Greater Toronto and Hamilton (GTHA) mayors said that they continue to remain vigilant about stopping the spread of the virus as parts of the economy reopen for certain regions.

“The Mayors and Chairs acknowledge the advice of our public health professionals across the region that COVID-19 remains a significant threat and the variants are now further raising the severity of that threat,” the statement said.

“The Mayors and Chairs agree that our priority must be the continued safe reopening of the schools and that we should focus on that in the short term while we monitor the broader impact of the variants.”