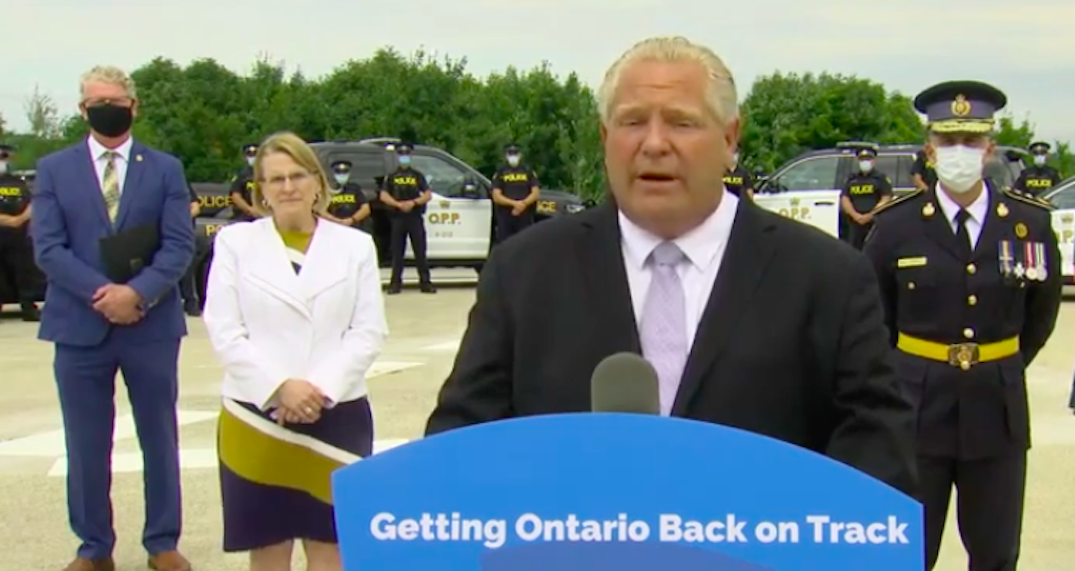 The Ontario government is investing $25 million to hire an additional 200 provincial police officers.

On Thursday, Premier Doug Ford said these new recruits will provide OPP frontline officers with the additional resources they need to better protect communities, while “safeguarding their mental health and well-being.”

“As we help communities recover from the impacts of COVID-19, it’s absolutely critical we give our brave men and women in uniform the tools and resources they need to do their job, stay healthy, and keep us all safe,” said Ford.

“That’s why our government is putting more boots on the ground to crack down on the criminals who would rob families and individuals of the chance to rebuild their lives during this very difficult period.”

According to the province, the recruitment initiative responds to recommendations made by the OPP Independent Review Panel (IRP) in its final report released in March — established in April 2019 to study the workplace culture at the OPP.

The IRP was also tasked with examining how the provincial police address “issues of mental health, occupational stress injuries, and suicide among its members” as well as to provide recommendations.

The OPP is also addressing other recommendations from the panel including changes to leadership training and activities to promote a “inclusive workplace” by creating a new Healthy Workplace Bureau.

In recent months there have been talks to defund the police, after George Floyd’s death in the US and the death of Regis Korchinski-Paquet whose family has alleged police were involved.