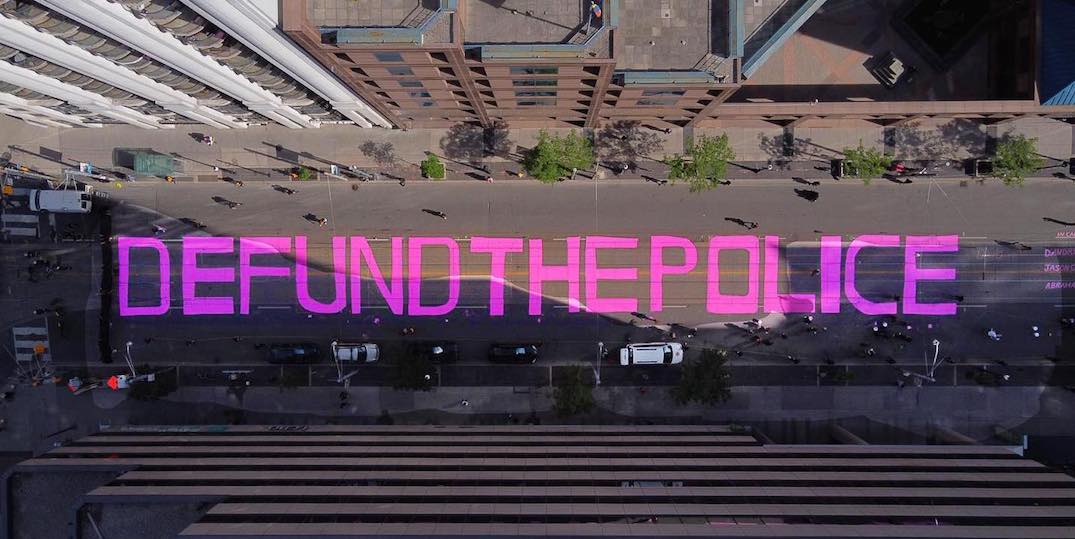 Protesters gathered in front of Toronto Police headquarters for a Juneteenth anti-racism rally on Friday.

The words, “Defund the Police” were painted on College Street, as advocates put forth a list of demands to make those words actionable, even taking it a step further by calling to abolish the police force altogether.

Juneteenth — June 19 — honours the day of the emancipation of enslaved people in the United States.

Advocates from Not Another Black Life (NABL) have organized a sit-in that’s scheduled to take place from noon until 6 pm, beginning at College and Bay Streets and ending at City Hall.

The event is described as a peaceful sit-in, in celebration of freedom and liberation, “with demands to defund the Toronto police to abolishing the police.”

The protesters were chanting “no justice, no peace, abolish the police.”

There are chalk markings on the ground to ensure people were maintaining six feet of distance.

“No justice, no peace, abolish the police” is the chant as the #notanotherblacklife sit-in demonstration moves from College St to Bay St#BlackLivesMatter pic.twitter.com/2T77DkAsOp 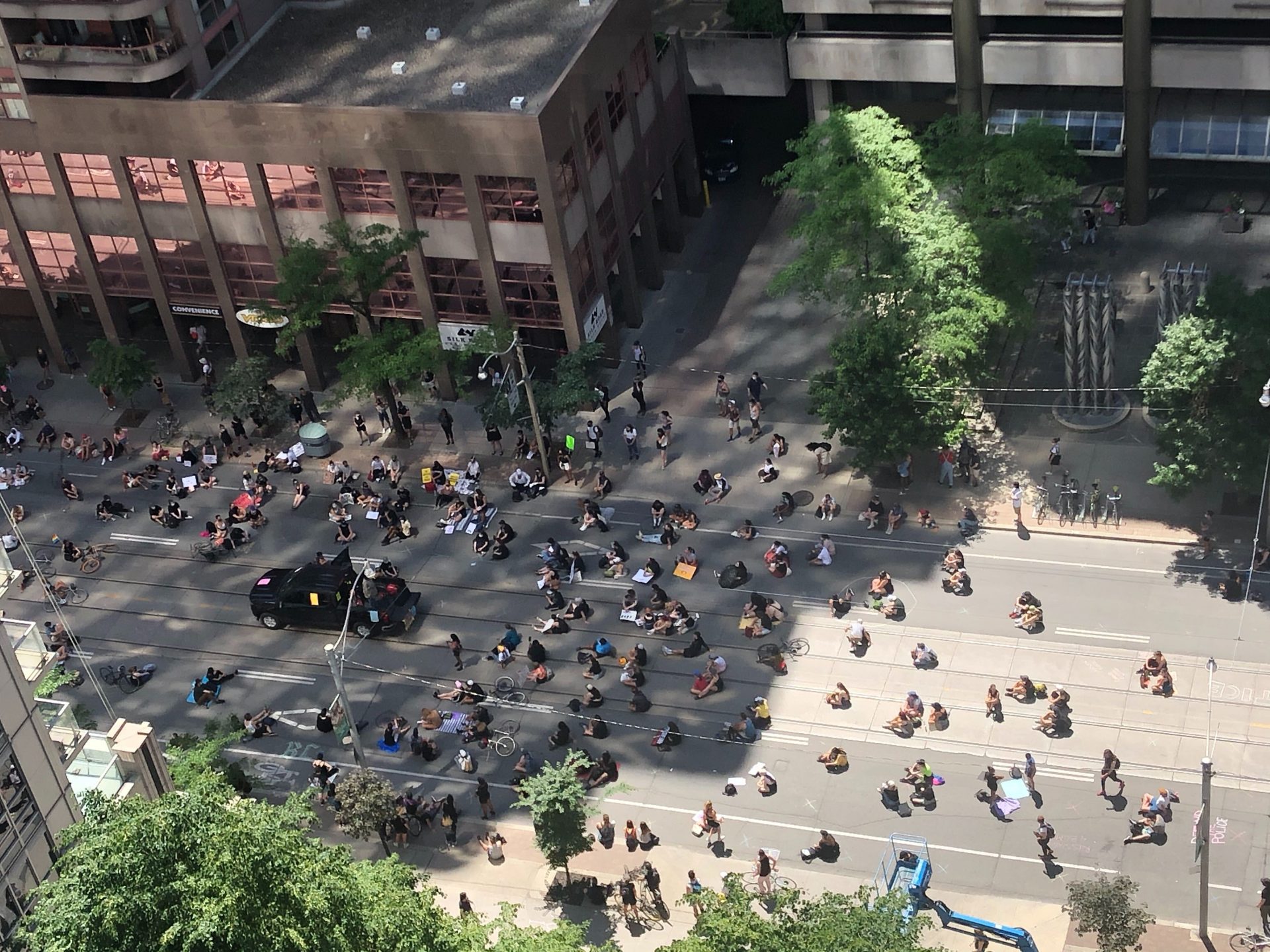 Black Lives Matter – Toronto, also posted about the protest, showing the words being painted on College Street as people hold a sign that reads “For All Black Lives.”

The NABL put forth a list of key demands such as abolishing the legal use of lethal force for Toronto police officers and to instead, establish a mandatory emergency response in de-escalation.

And, for City Council to direct the City Manager to work with Black, Indigenous, and People of Colour community-led organizations.

The advocates also condemned the Toronto Police Service Board for tabling their anti-Black racism agenda for July, when it was supposed to occur on Friday, calling the move “suppression.”

The report the board was supposed to review on June 19, included recommendations to make the Board’s Anti-Racism Advisory Panels permanent.

And, include a permanent, stand alone Ethics, Inclusivity, and Human Rights training course that works on anti-racism, anti-Black racism and anti-Indigenous racism.

The training and program implementation would be done in consultation with Toronto’s  Confronting Anti- Black Racism (CABR) Unit.

Toronto police say they are aware of the demonstration.

“Everyone has the lawful right to peacefully protest,” law enforcement posted to Twitter Friday morning.