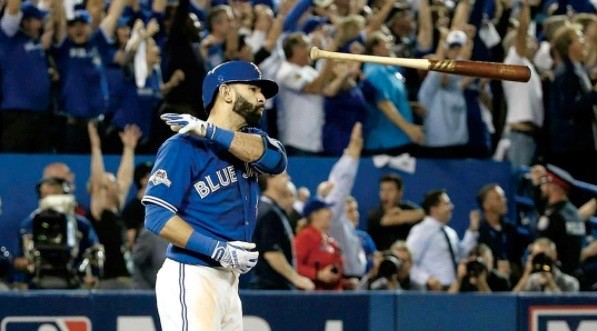 It’s been exactly one year.

365 full days since that magical moment when Jose Bautista sent his bat flying through the air in a magnificent display of machismo after bashing the hell out of a ball from Texas Rangers Sam Dyson for a three-run go-ahead shot in the bottom of the 7th inning of the 5th game of the ALDS as 50,000 Jays fans watched in shock and awe and celebration.

Of course, the Jays went on to win the series but then lose in the ALCS to the eventual World Series champs, the Kansas City Royals.

Well, one year later we’re back. And so is Joey Bats.

Which means you have the next 30 minutes or so to sit back and watch this again: