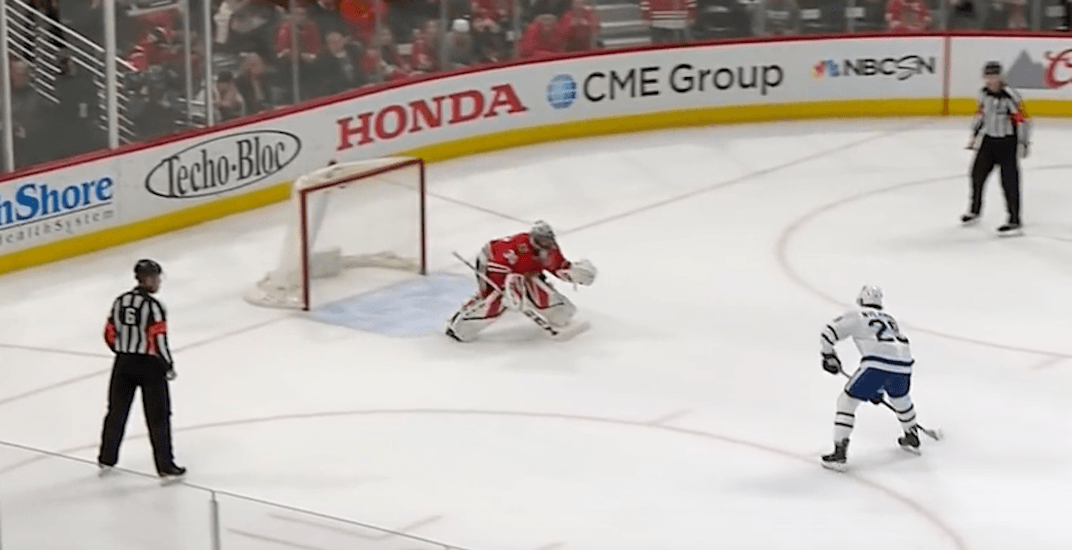 What a way to win it.

William Nylander did something that’s never happened in the long history of the Toronto Maple Leafs on Wednesday. He scored a penalty shot goal in overtime.

Nylander went forward off the centre ice faceoff to begin overtime, catching the Chicago Blackhawks by surprise. The Maple Leafs forward was sprung for a breakaway, only to be hooked by Duncan Keith.

Cue the most exciting play in hockey: a penalty shot in overtime.

William Nylander made no mistake, beating Chicago goaltender Jeff Glass with a nice move to the backhand.

The goal was recorded just six seconds into OT, tying the NHL record for the fastest goal scored in overtime. It’s a record that he now shares with Mats Sundin, who set the record with Toronto in 1995.

Merely just over 3 weeks after it was last matched, William Nylander became the 5th player to share the NHL's record for the earliest goal ever to start an overtime pic.twitter.com/ICGkJNEnxJ

The win was the Maple Leafs’ first in Chicago since 2003 and just the second win for Toronto in their last seven games.