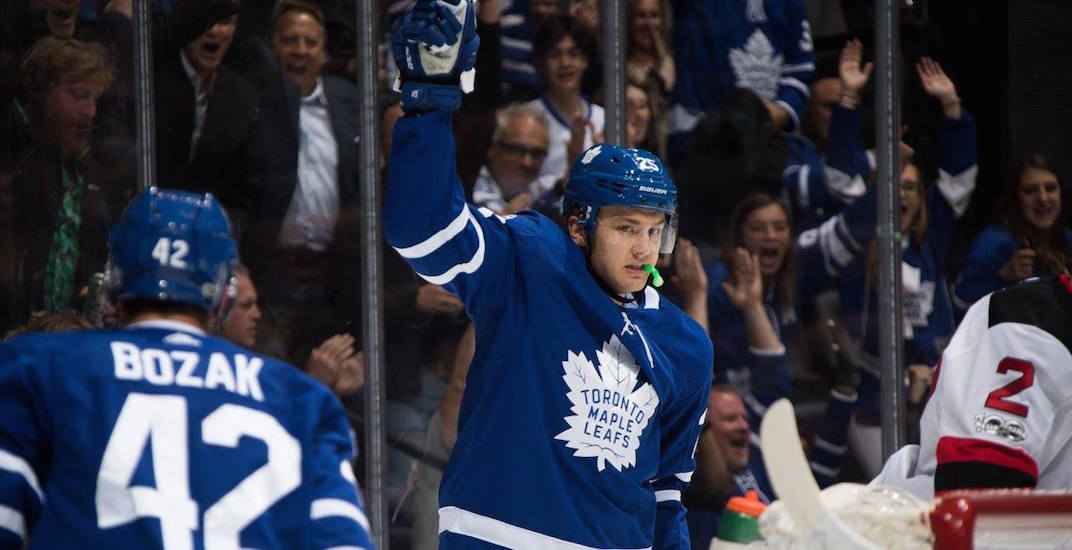 With the trade deadline fast approaching and teams deciding whether to be buyers or sellers, the Toronto Maple Leafs find themselves in an interesting position.

At first glance, the Leafs would seem to be obvious buyers, as Toronto remains firmly entrenched in a playoff spot and one of the Eastern Conference’s premier teams. But that doesn’t mean they can ignore some important decisions on the horizon.

The Maple Leafs may have to make some difficult and likely unpopular calls before February 26.

While they’re very good, they’re likely not good enough to win it all. They could try to add pieces to make a more serious run for a Stanley Cup, but that would be expensive and shortsighted. This is still a young team, led by the likes of 20-year-old Auston Matthews, Mitch Marner (also 20), and William Nylander (21).

The team is still evolving, and any moves they make this year should take next season (and the season after that) into account.

Here are three players they should deal at the deadline. 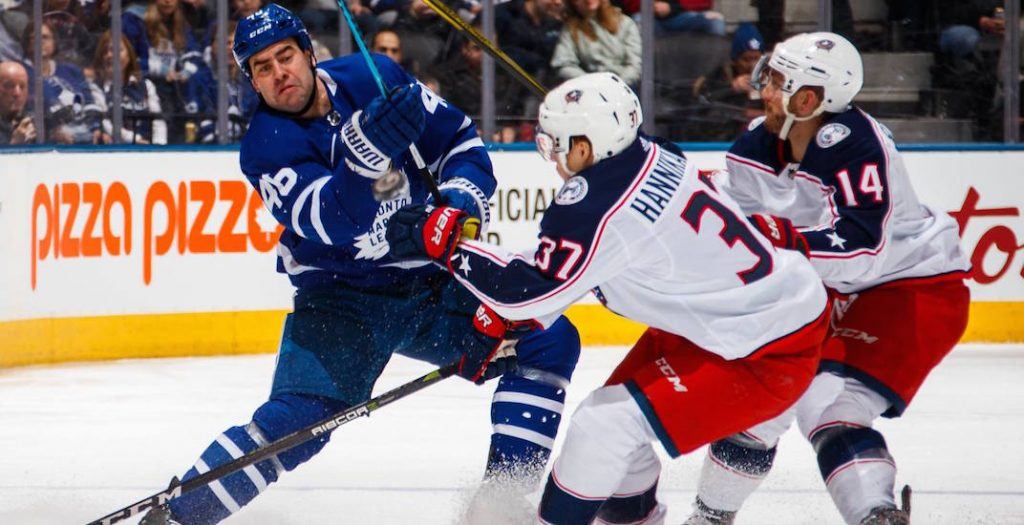 A veteran defenceman would be coveted by any serious playoff contender, though the Leafs could afford to part with Polak.

Even though the 31-year-old eats up minutes on the Leafs’ penalty kill, how much would they really miss him if Toronto simply replaced Polak in the lineup with one of the other youngsters on defence?

Maple Leafs head coach Mike Babcock seems to have a fondness for playing Polak, but he also hasn’t hesitated to give minutes to inexperienced blueliners. Andreas Borgman has handled himself well as a rookie and even though it’s only been a few games, Travis Dermott looks like he’s earned more of an opportunity to play down the stretch. Not to mention the defence corps will be boosted by the eventual return of Nikita Zaitsev.

Keeping Polak would only prevent these rearguards from gaining much needed experience and there wouldn’t be a drop off in talent on the roster if he were to be moved. A contending team would surely give up a draft pick to secure Polak’s services as insurance for a playoff run.

Given that he’s an unrestricted free agent at the end of the year, a team acquiring him would find comfort in not having to commit to him long term if they don’t want to. 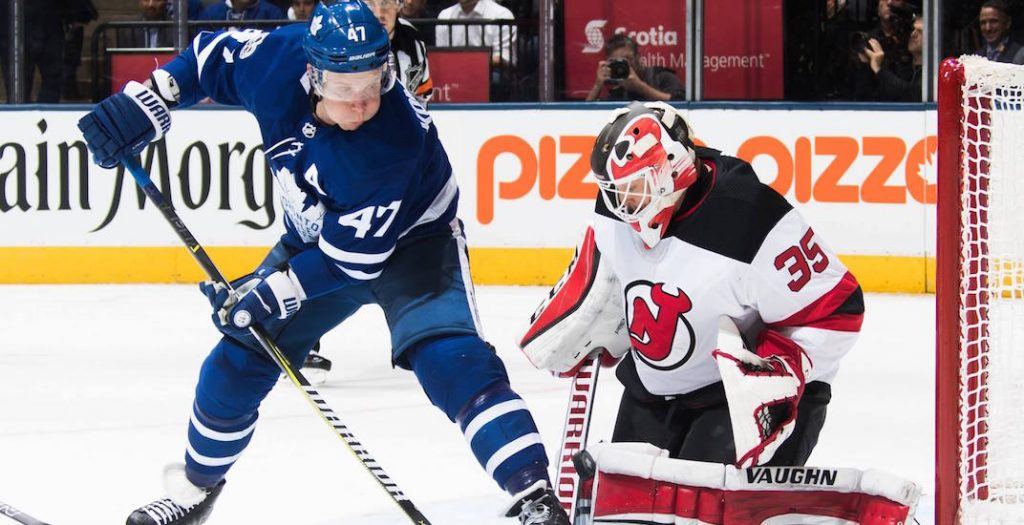 Komarov will also find himself as a UFA at season’s end if he isn’t re-signed and Toronto runs the risk of losing him for nothing if they don’t move him.

The 30-year-old certainly brings an edge to the forward group, but he’s only totalled 11 points this season and given Toronto’s scoring woes of late, it may be time to clear the way for some more talented offensive players.

The Leafs could move Komarov for a draft pick and regularly work in Josh Leivo or Kasperi Kapanen in the lineup to give them more of an offensive punch. Now Komarov is one of Toronto’s best penalty killers and if they dealt him they would no doubt miss that, but Nikita Soshnikov is also available to fill in that role.

Right now the additional offence Kapanen and Leivo can provide is more valuable than a player the Leafs could lose in the summer. 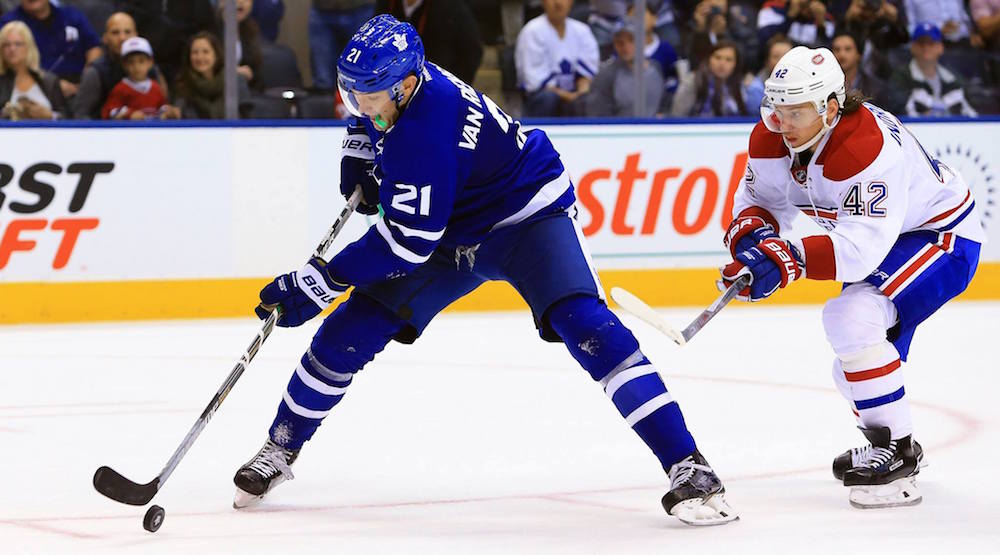 It might seem curious to suggest the Leafs should consider parting ways with their leading goal scorer (he has 19 to date) and someone who’s on his way to a career year, but dealing James van Riemsdyk might be the best idea for the future of the franchise.

The 28-year-old will be a free agent this summer and will likely command considerably more than the $4.2 million he is making now based on the numbers he’s putting up. If that’s the case, Toronto won’t be able to give van Riemsdyk a significant raise and still afford lucrative deals for Auston Matthews, William Nylander, and Mitch Marner down the line.

Tyler Bozak is in a similar situation but the Maple Leafs aren’t as well equipped to lose him versus van Riemsdyk in the short-term. Replacing a centre is always more difficult than a winger, as the Leafs would really take a hit in depth if Frederik Gauthier and Dominic Moore were forced to take on a more substantial role.

While this roster in its current construction is good, it’s been evident in recent weeks the Leafs will struggle to win a championship unless they improve their defence. So why not try to move van Riemsdyk for a top-four defenceman like they were rumoured to last year with Travis Hamonic?

That deal never materialized, but perhaps the Leafs would have more success this year at bolstering their blue line with van Riemsdyk on pace for a career season.

It definitely wouldn’t be a popular move, but a necessary one.