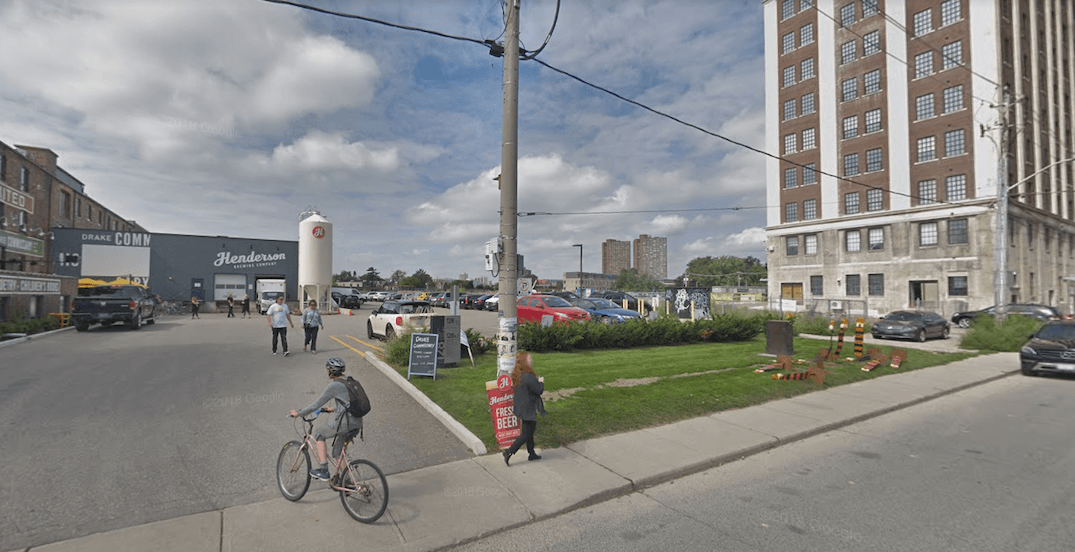 Located in the Lower Junction Triangle, in Toronto’s west end, Sterling Road is one of the bordering roads of the hip neighbourhood between Bloor and Dundas Street West.

The area has seen a lot of development over the past years, and even Toronto’s Museum of Contemporary Art opened there last fall. The Drake Commissary and Henderson Brewing have set up shop on Sterling in 2017 and 2016, respectively.

Sterling is also the home to offices, shops, a brewery, yoga studios, restaurants, galleries, and a cross fit gym.

And while the road is just another developing section of Toronto, the New York Times highlights the rise of gentrification in the region and how the neighbourhood is responding.

Besides the current development on site, the Times’ Michael Kaminer said that “even bigger changes will come to Sterling Road over the next decade.”

In his travel article, Kaminer said that the City of Toronto has plans for a park, daycare, as well as affordable housing in the neighbourhood.

The article goes on to say that with Sterling Road in the spotlight, it will soon be a struggle to preserve the area’s character, from its brick buildings to old warehouses.

Check out Kaminer’s “In Toronto, an industrial stretch has its breakout moment” in the New York Times’ travel section on July 5.