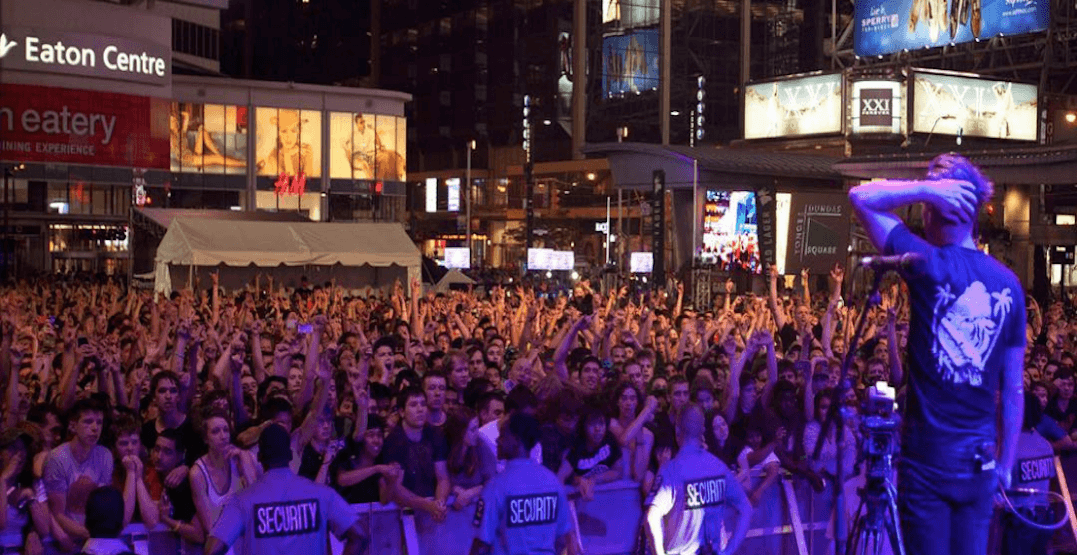 After a rather unsuccessful 2017 festival run, North By Northeast (NXNE) has announced that it will be relocating back to its original stomping grounds at Yonge-Dundas Square in 2018.

This summer’s festival-goers not only experienced delayed showtimes but the Port Lands festival grounds felt empty as attendance was shockingly low. So news of the relocation couldn’t have come at a better time.

“We at North by Northeast have always loved presenting amazing new music at Canada’s most exciting intersection, free of charge. And NXNE’s fans and supporters have been clear they love shows on Yonge Street, even miss them. So we’re bringing the music back to the centre of the city, bigger and better,” says Michael Hollett, NXNE Founder.

Now in its 24th year, NXNE will take over Toronto’s downtown epicenter, Yonge-Dundas Square from June 8 to 17. In addition to concerts, festival-goers can expect free outdoor programming, NXNE talk sessions and comedy shows.

This year, the festival will expand the Club Land Curator Series throughout the week with leading Canadian musicians hosting and curating showcases across the city at dozens of venues and clubs.

Game Land will kick off NXNE and will take place in a unique downtown Toronto venue, and will feature a three-day live eSports extravaganza with hundreds in attendance and tens of thousands viewing online via NXNE’s Twitch channel.

When: June 8 to 17
Where: Along Yonge Street and at Yonge-Dundas Square