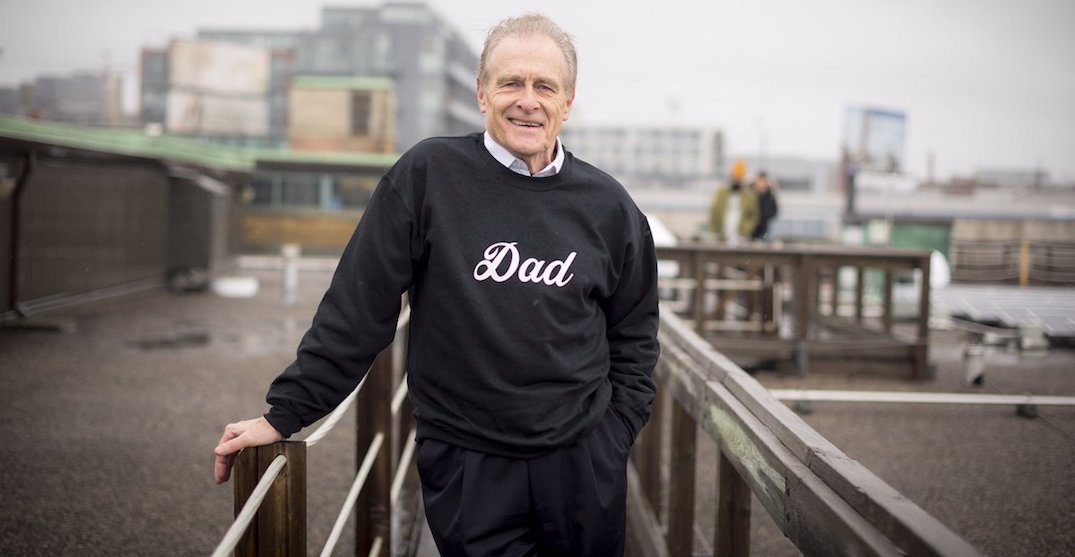 Norm Kelly is no stranger to the world of fundraising.

The popular Toronto City Councillor has been donating to charities for years through his 6Dad merch line.

And this month, the 6 Dad has teamed up with Xpand Laces for a new online campaign to raise funds for First Books Canada.

“This cause is very close to my heart,” Kelly told Daily Hive in a phone interview.

While known for his Tweets and city politics, Kelly was also a teacher for 15 years. Through his new campaign, all profits from the sale of Xpand Laces will be donated to First Book Canada so that books and other educational items can be provided to children from low-income families.

The cause has even caught Ellen DeGeneres’ attention.

“If there are 3 things I love, it’s Canadians, a good cause, and no-tie shoelaces,” she tweeted.

If there are 3 things I love, it’s Canadians, a good cause, and no-tie shoelaces. https://t.co/fdhnGP4U6w

Founded in 2015, Xpand is a no-tie shoelace system that converts any shoe into a slip-on for a more comfortable fit. Since then, the no-tie lacing system has been embraced and praised by runners, walkers, hikers, bikers, kids, young, old, and everyone in between.

“We love hearing stories from our customers about how the Xpand Laces have improved their lives, including the parents of kids whose laces often come undone,” Chuck Harris, founder of Xpand Laces, said in a release. “First Book Canada’s initiatives resonated with us, which is why we wanted to donate the proceeds from this campaign to their organization.”

While proceeds are Toronto focused, Kelly said he hopes the campaign will become national.

“Canada is Toronto, we all know that,” Kelly joked. “But yes, we’d love to expand it as widely as possible.”

Never tie your shoelaces again! Teamed up with @XpandLaces so that the proceeds from these no-tie laces go to @FirstBookCanada. Get yours (with 20% off) here: https://t.co/7vKM8TCfZG pic.twitter.com/qzeOjuVdfD