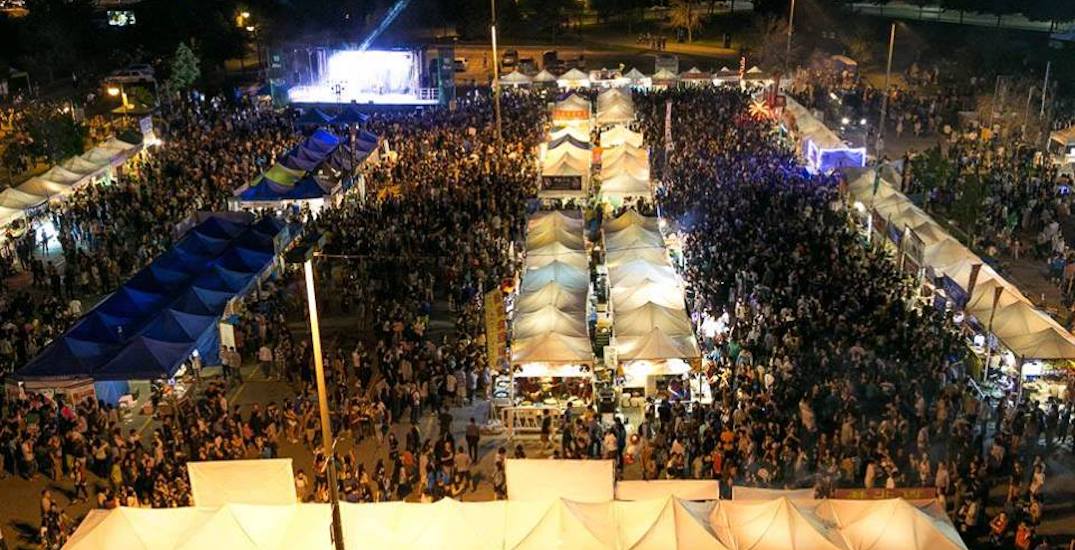 Asian celebrities are going to go head-to-head on the basketball court for a good cause at Markham’s Night It Up! night market this summer.

Along with the vendors serving up traditional Asian eats and the live shows that will liven up the market—taking place July 12-14 at the Markham Civic Centre—visitors will also get the chances to spectate a celebrity basketball game with Asian actors, musicians, and digital influencers from around North America.

And this year, the CCYAA Celebrity Classic will take place on Saturday, July 13 at 7 pm at the Markham Civic Centre, and is presented via a partnership between the Canadian Chinese Youth Athletic Association (CCYAA) and Simu Liu, a Chinese-Canadian actor on the TV show Kim’s Convenience.

Proceeds of tickets sold for the game will go towards the Jeremy Lin Foundation, an organization founded by Raptors basketball player Jeremy Lin, providing hope and leadership development to youth.

So far, a limited number of tickets have been released, going for $30.

Daily Hive Toronto is a proud community sponsor of Night It Up!