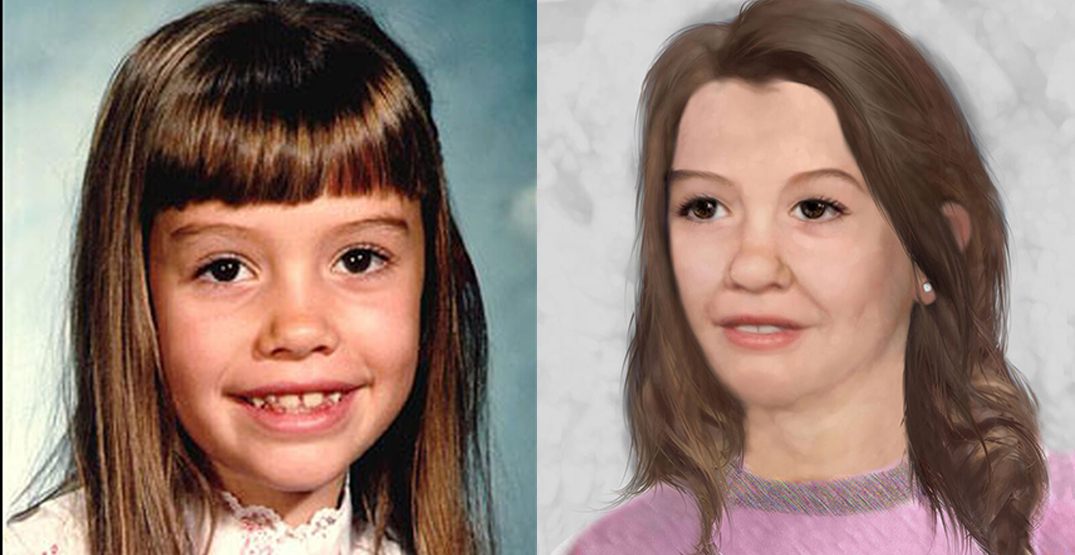 Toronto Police have released an age-enhanced image of a girl who went missing in 1985, hoping to gain new information from the public.

According to police, on July 30, 1985, at approximately 11 am, it is reported that Nicole Morin, who was eight-years-old at the time, left her apartment located on the top floor of 627 The West Mall Etobicoke.

She was never seen again.

Despite the passage of years, various media releases and numerous tips from the public, police say they have been unable to bring this investigation to a conclusion and it is still unknown as to what exactly happened to Nicole that day.

At the time, Nicole was described as white, 4’0″, 55 lbs., straight shoulder-length brown hair, brown eyes, with a birthmark on her right upper forehead.

The latest age-enhanced artist rendition image was created by the Toronto Police Service.

Police are seeking the public’s assistance for any information related to the case.