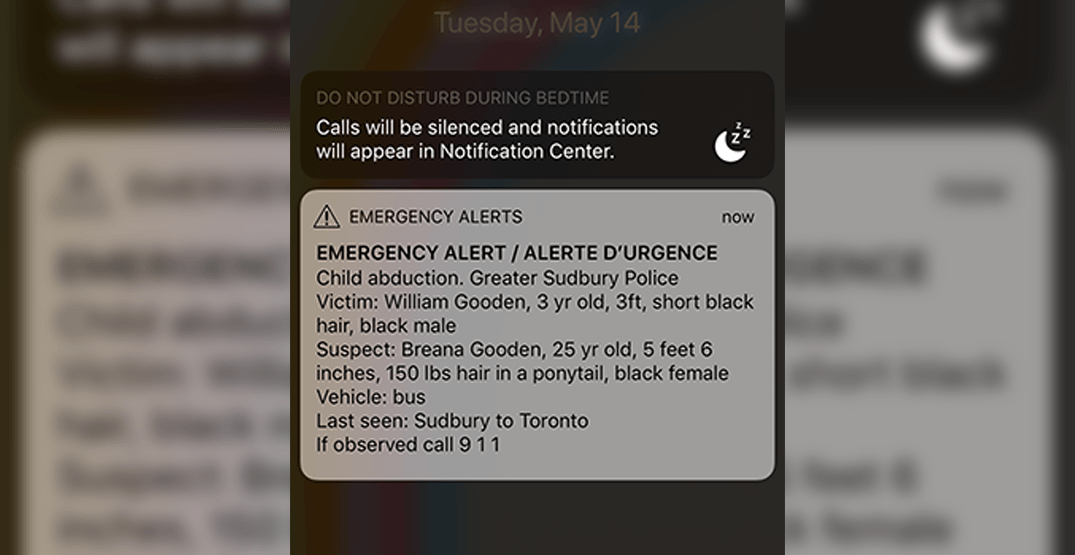 Niagara Police are reminding the public that 9-1-1 is for “emergencies only” after receiving numerous complaints from residents following Tuesday’s Amber Alert.

Early Tuesday morning, an Amber Alert was issued to notify residents of a missing three-year-old boy who was last seen heading from Sudbury to Toronto.

Thankfully the boy was found safe near Fort York in Toronto around 8 am.

Residents took it upon themselves to call 9-1-1 to complain about being woken up by the alert, tieing up resources intended for actual emergencies.

And, unfortunately, despite that four Amber Alerts have already been issued in the past five months, authorities still have to remind the public not to call into operators to complain.

To reinforce this message, Niagara Police have released an audio clip from one the calls they received on Tuesday after the alert was issued.

“I wanna know who the hell is sending these alerts out?” asked the man who called 9-1-1.

“What right do you have to send an alert out to Niagara Falls, wake me up at five o’clock in the f*****g morning?”

911 is intended for emergencies only. Calling to complain about an #AmberAlert ties up precious resources for others who may need help. We received 10+ complaint calls over yesterday’s alert for a 3 year old child believed to be in imminent danger. #AmberAlertWorks pic.twitter.com/04aLkAyyw5

“9-1-1 is intended for emergencies only. Calling to complain about an Amber Alert ties up precious resources for others who may need help,” said Niagara Police, on Twitter.

“We received 10+ complaint calls over yesterday’s alert for a 3-year-old child believed to be in imminent danger.”

An Amber Alert must also be issued “within a reasonable amount of time” from the moment of the abduction.