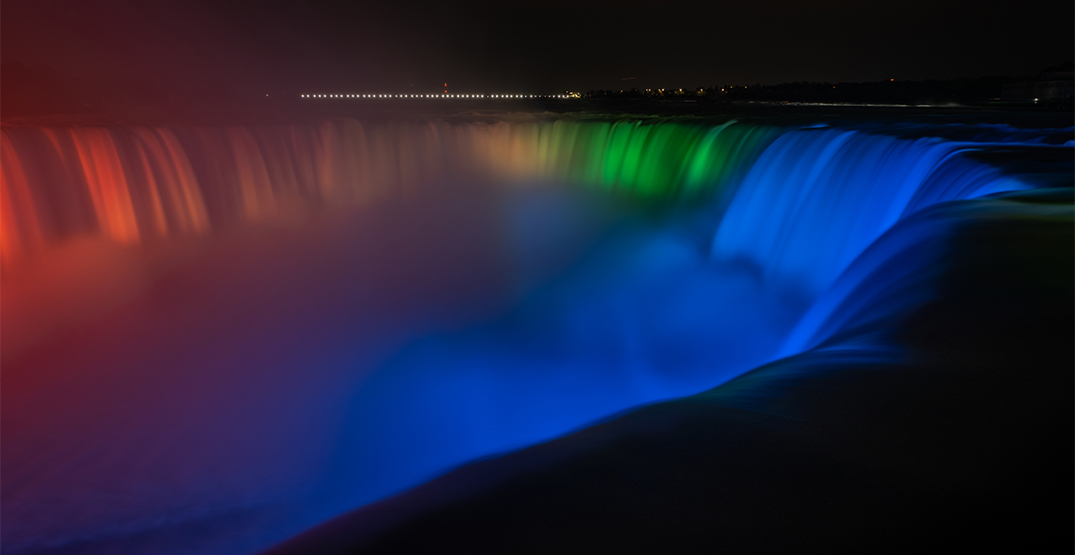 The falls will light up at 9, 10, and 11 pm on the anniversary of the Stonewall riots in New York on June 28, 1969. The riots happened after police raided a popular gay bar called the Stonewall Inn, and they’re considered a watershed moment in the fight for LGBTQ+ rights.

In Toronto, Pride Month is in June and usually culminates in the annual Pride Parade at the end of the month.

This year, Pride celebrations are mainly digital, with official City-sanctioned events cancelled due to COVID-19 restrictions.

Niagara Falls is illuminated to commemorate various occasions and to support various causes. Recently, they have been illuminated orange in support of Indigenous communities after hundreds of bodies were discovered at former residential school sites this month.