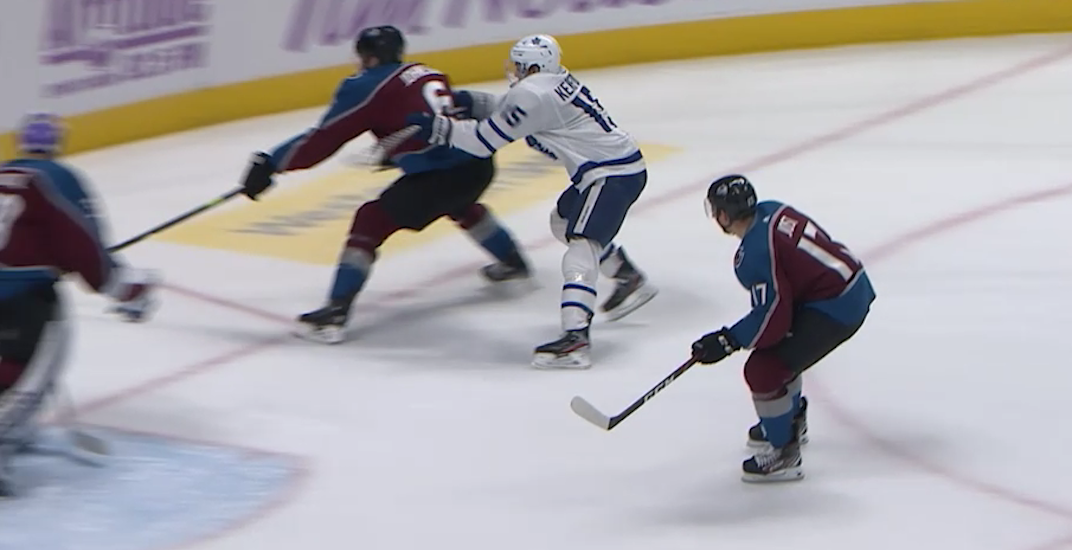 Kerfoot cross-checked Erik Johnson in the back near the goal line late in the second period, causing the Avalanche defenceman to go head-first into the end boards.

The NHL Department of Player Safety explained their decision, saying: “While the shove was not delivered with exceptional force… it is delivered at an extremely dangerous distance from the boards, while both players are travelling with speed.”

Kerfoot, who is in the first year of a four-year contract worth $14 million, will forfeit $37,634.40 in salary during the suspension.

The 25-year-old was playing his first game in Colorado since being traded to Toronto by the Avalanche last summer. Kerfoot was remorseful when speaking to reporters after practice on Monday, saying he was “disappointed” in himself according to TSN’s Kristen Shilton.

Alex Kerfoot on two-game suspension: “First and foremost, I think I'm disappointed in myself. It was obviously a bad play. I know Johnson well and I just hope he's alright, I hope that he doesn't miss any time or anything like that. I feel terrible.”

While Johnson returned to the game on Saturday, it appears that he was absent from Colorado’s practice on Monday, as reported by Mike Chambers of the Denver Post.

As expected, it doesn’t appear D Erik Johnson will be joining the boys for today’s skate. He has not come out #Avs