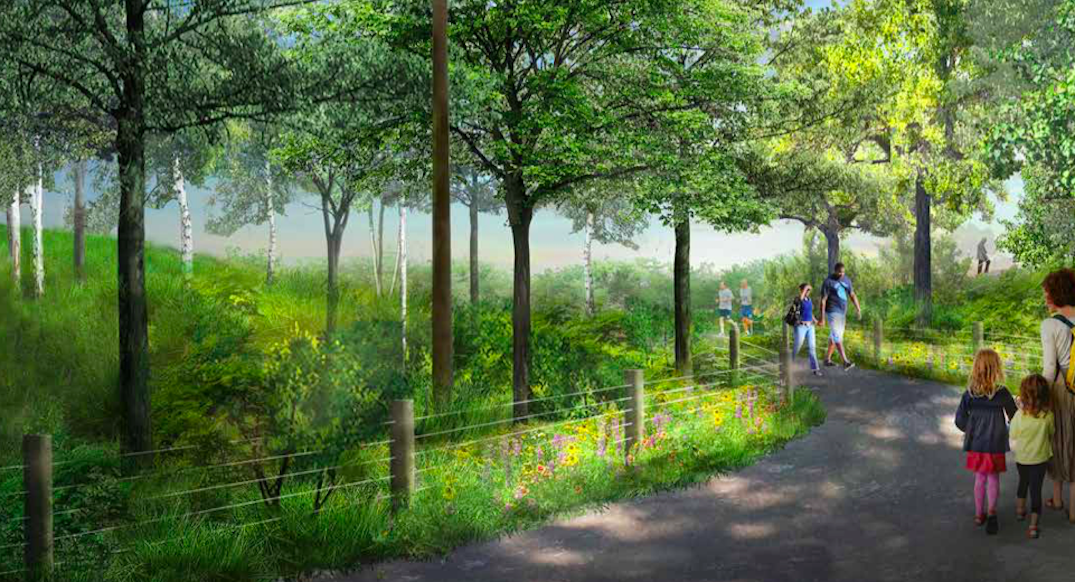 There’s a large-scale project taking place for Toronto’s waterfront, and new details were announced on some key developments.

The Port Lands Flood Protection project, which is being undertaken by Waterfront Toronto, aims to protect the city’s southeastern downtown area.

“Right now, in an extreme weather event, floodwaters from the Don River would overwhelm portions of the Port Lands, South Riverdale and Leslieville. Our plan is to reconnect the Don River to Lake Ontario by creating a naturalized river mouth. To do this, we are embarking on one of the biggest infrastructure projects in Toronto’s history,” Waterfront Toronto said on their website.

Also known as the “Don Mouth Naturalization project,” the $1.25 billion project is already underway, which aims to have more green space along the waterfront and to provide a new mouth for the Don River.

It’s designed by landscape architects Michael Van Valkenburgh and Associates, who’ve incorporated public feedback, to reveal the final designs of two parks — the project has been in the works since 2007. 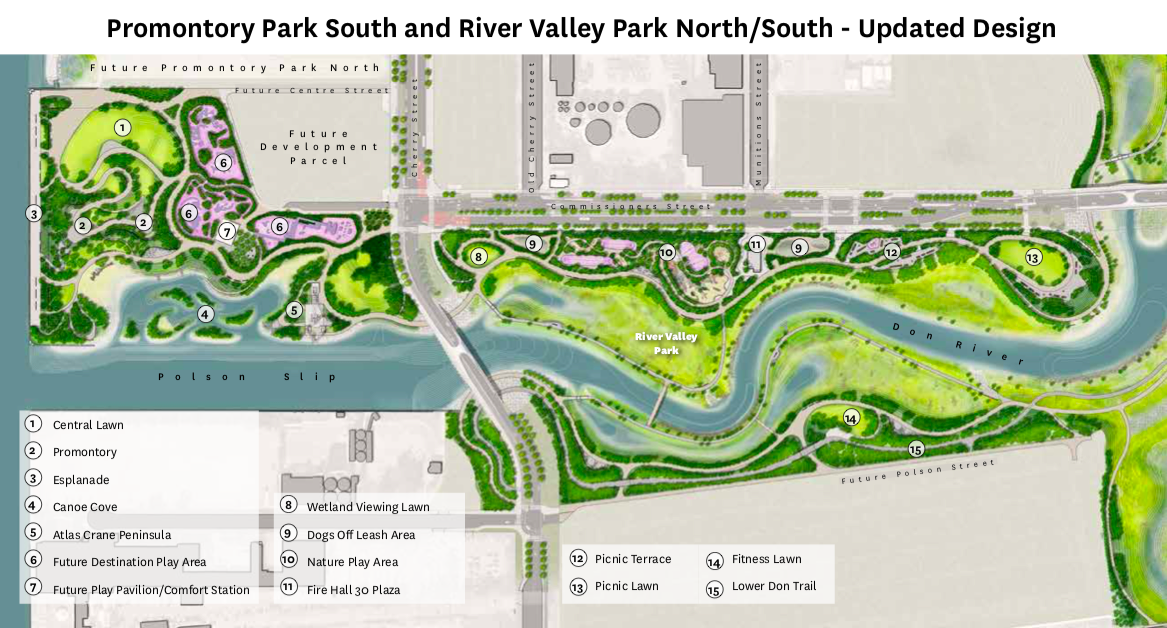 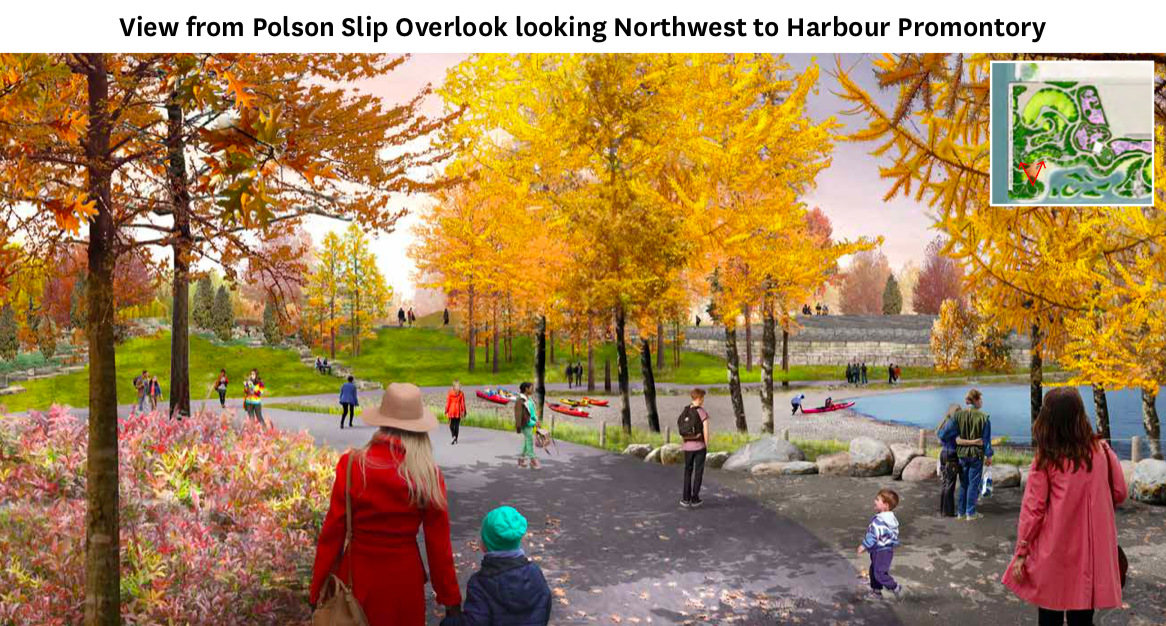 Promontory Park South will be located just west of Cherry Street, directly above the Polson Slip. 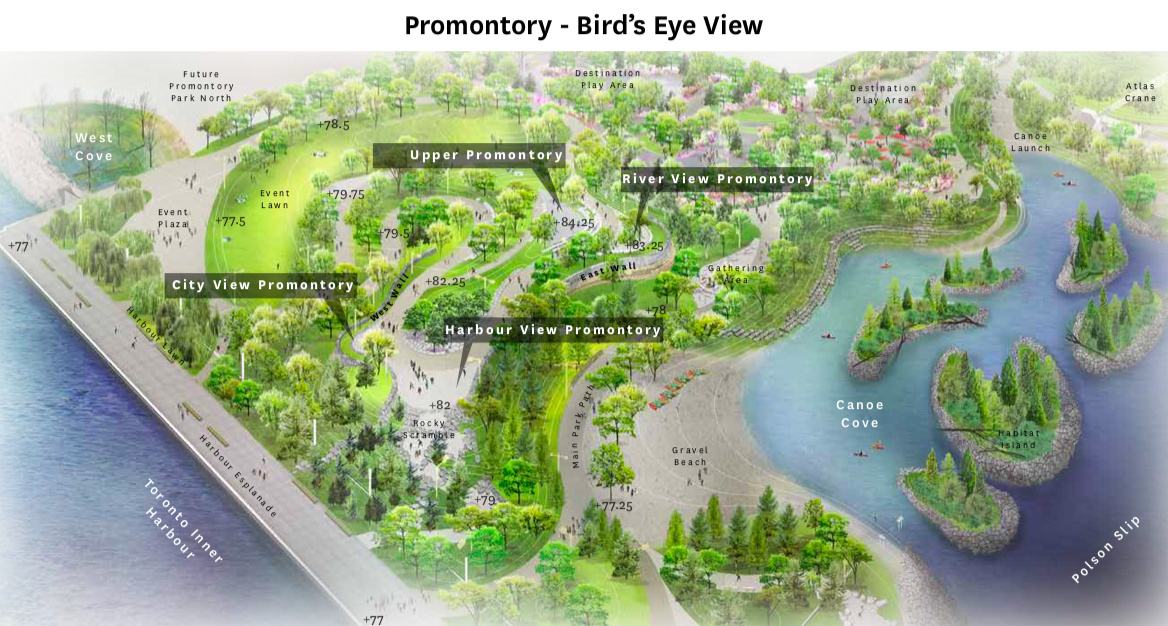 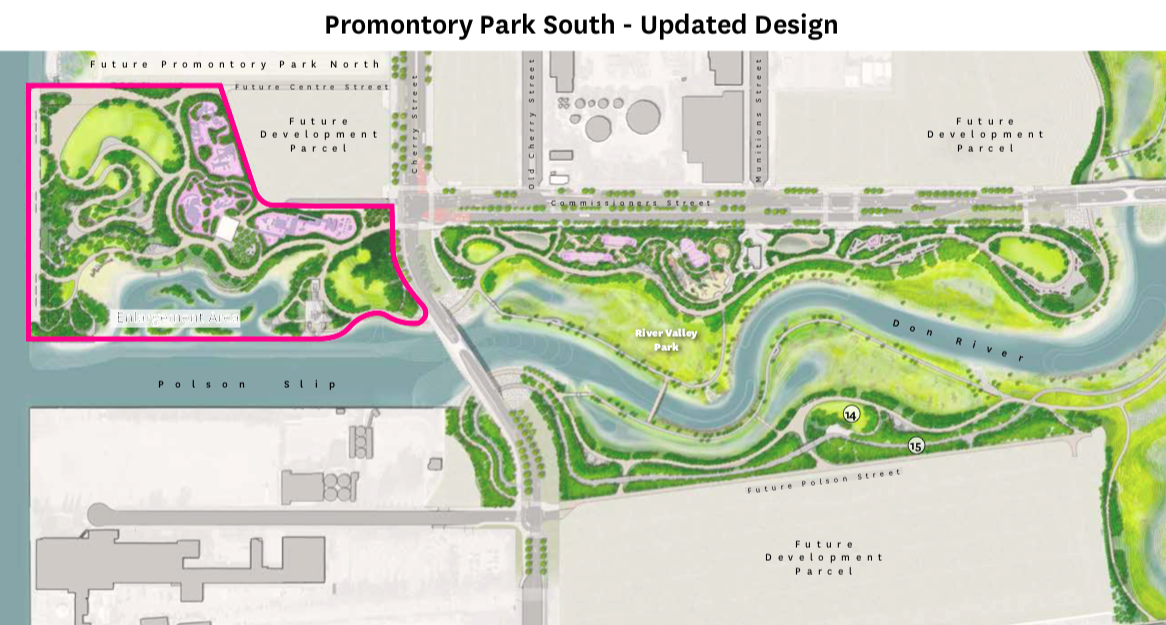 And the updated design for River Park North shows that it will be located south of Commissioner’s Street, east of Cherry Street, and just north of the under-construction channel that will serve as a naturalized mouth for the Don Valley. 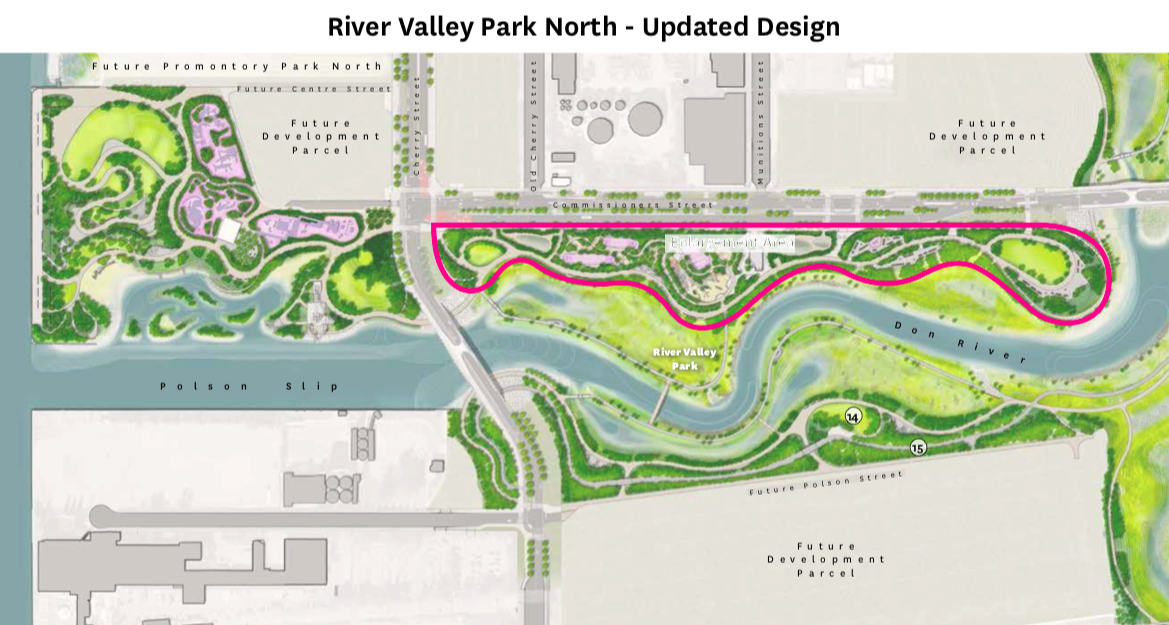 Some of the facilities and amenities for this park include a nature play area, picnic area; picnic lawn; dog off-leash areas; entry plaza with indoor amenities at FH-30; future Polson Street edge; and bike bridges. 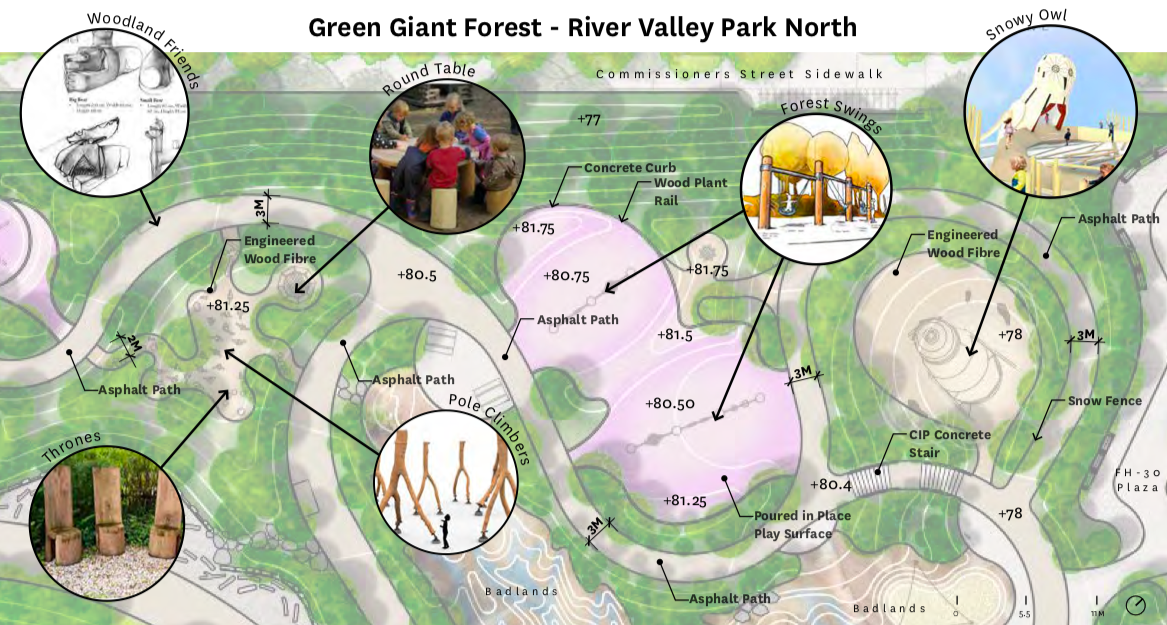 The Green Giant forest will be a perfect play area for children with forest swings, pole climbers that look like tree branches, and a large snowy owl sculpture. 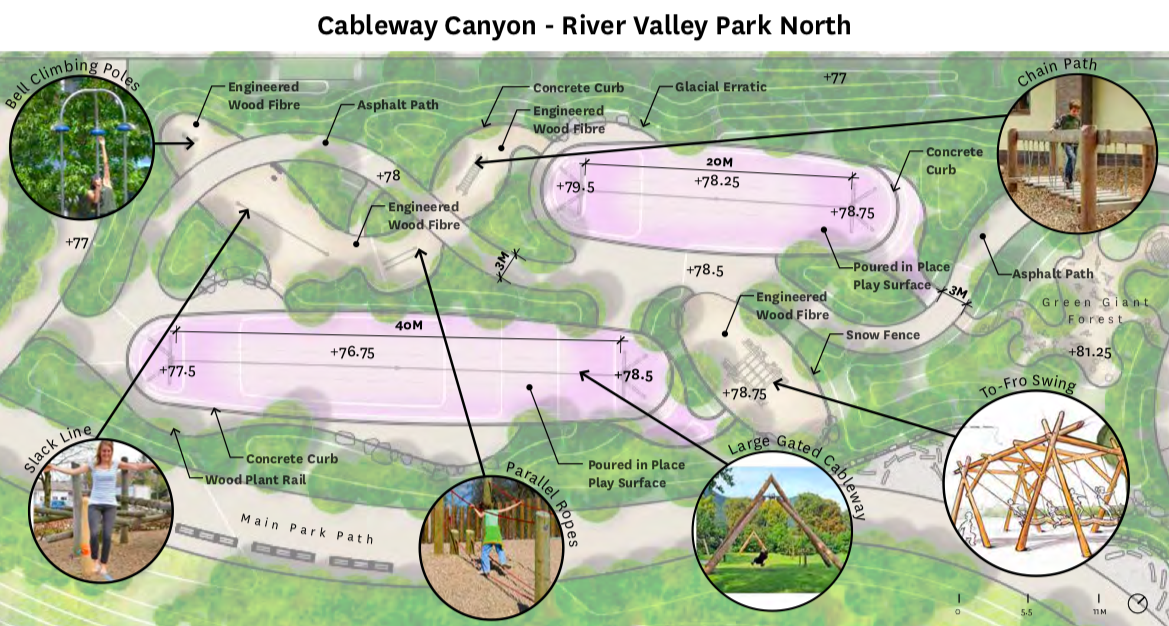 And the cableway canyon will have to-fro swings, bell climbing poles, and a large gated cableway. 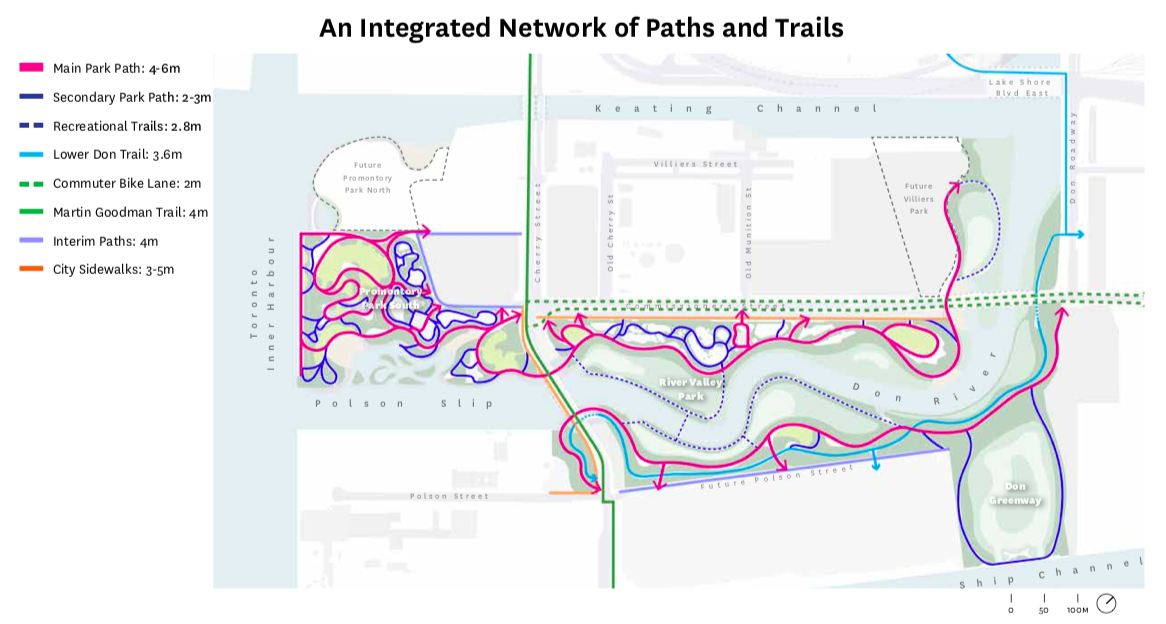 There will also be a large network of integrated paths and trails in both parks with a mix of recreational trails, commuter bike lanes, sidewalks, and connection with the Martin Goodman Trail.