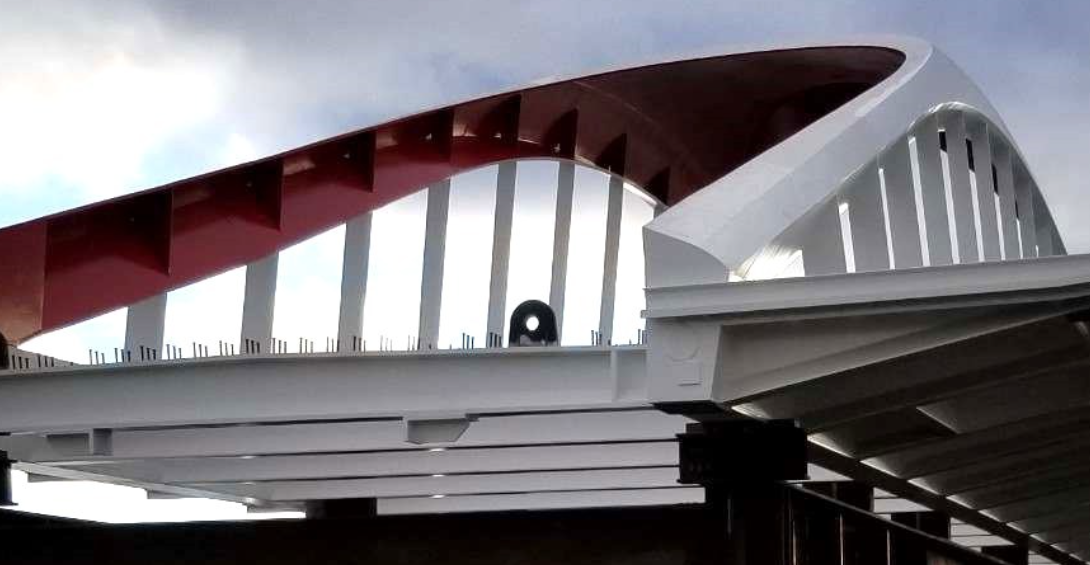 Bon voyage! Waterfront Toronto along with other city officials announced that the new Cherry Street North bridge has been completed, and is embarking on a journey down the St. Lawrence from Nova Scotia to Toronto.

The first of the four new bridges left Dartmouth, Nova Scotia yesterday, by boat, and will be arriving in Toronto to be installed at the Port Lands. The bridges will connect the new, “Villiers Island,” to Toronto, and the revitalized Port Lands.

“These bridges will be a connection for the public to access the new island we are building, and bridges that will connect us to Toronto’s future,” said Waterfront Toronto CEO George Zegarac.

“The bridges are another piece Waterfront Toronto is adding to make our city’s waterfront world class, just as bridges have helped define the image of cities like Chicago and Sydney,”

This is the route that the new bridge headed to the Port Lands will take along the St. Lawrence Seaway from Dartmouth to Toronto. We’ll post its progress regularly using #BridgeWatchTO pic.twitter.com/qRoLdW2020

The Port Lands Flood Protection project will reach a new milestone with the installation of the bridge from Toronto to Villiers Island.

“I know these new bridges will become an iconic part of our waterfront and a signature landmark in our already unique skyline,” said Mayor John Tory.

“The Port Lands Flood Protection project is one of the largest waterfront revitalization projects in the world and one of the most ambitious and significant infrastructure projects in Toronto’s history. By working with other levels of government we are ensuring that this project moves forward and is building up Toronto’s waterfront for generations to come.”