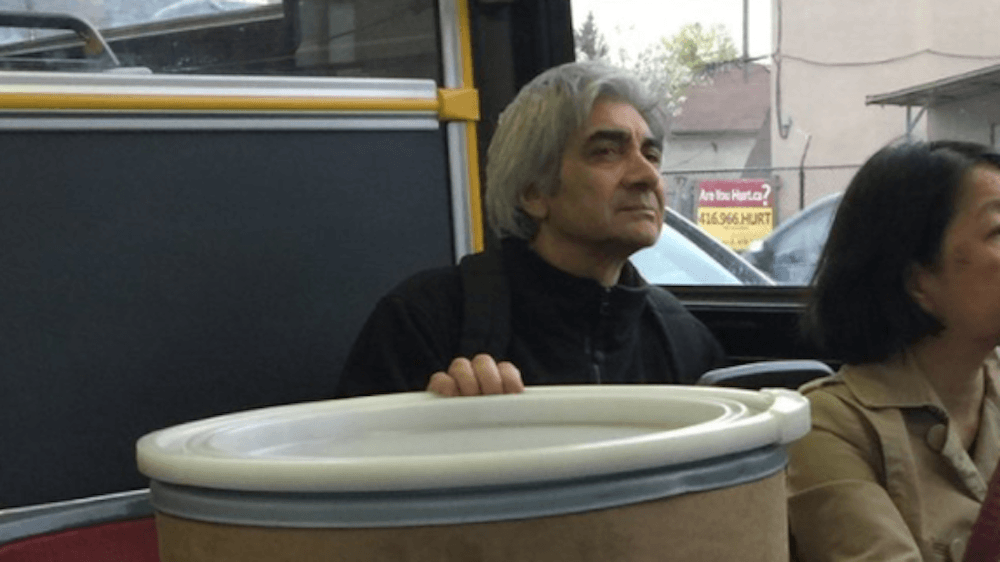 Attention Toronto! There is a man with a 30-gallon barrel of Cinnabon frosting among us.

Torontonian Craig Calhoun captured the travelling mystery man on the TTC, and shared the photo on Twitter. And of course, the internet lost its mind.

“Guy on this bus is packing a 30-gallon drum of Cinnabon frosting,” wrote Calhoun, in a tweet now shared over 23k times, and liked over 92k times.

Guy on this bus is packing a 30 gallon drum of Cinnabon frosting pic.twitter.com/f9mYbdvUSK

There was no explanation in regards to where or why the man was transporting such treasure on transit, but as a Twitter user said, “Only in Toronto could you ever feel safe doing that.”

Besides being the hero that we all aspire to be one day, the mystery man became an internet sensation, sending Twitter on a frosting frenzy. Even the official Cinnabon account was taking part in the fun.

Some noticed the polite etiquette of our mystery man, something the TTC has been campaigning about recently.

And has a protective hand on it, as is proper bus etiquette. https://t.co/fAWiRHfu7Q

But others were left wondering, is it really frosting in that massive container?

Let’s be real though, it has been a long winter. And some of us just need 60 gallons of frosting to get us to summer.

Whatever the reason this frosting container was being transported on the TTC, let’s all agree that not all heroes wear capes.

I may never know the full story behind this photo, but in my head, it’s a *spectacular* one. https://t.co/FCu8rg1aim