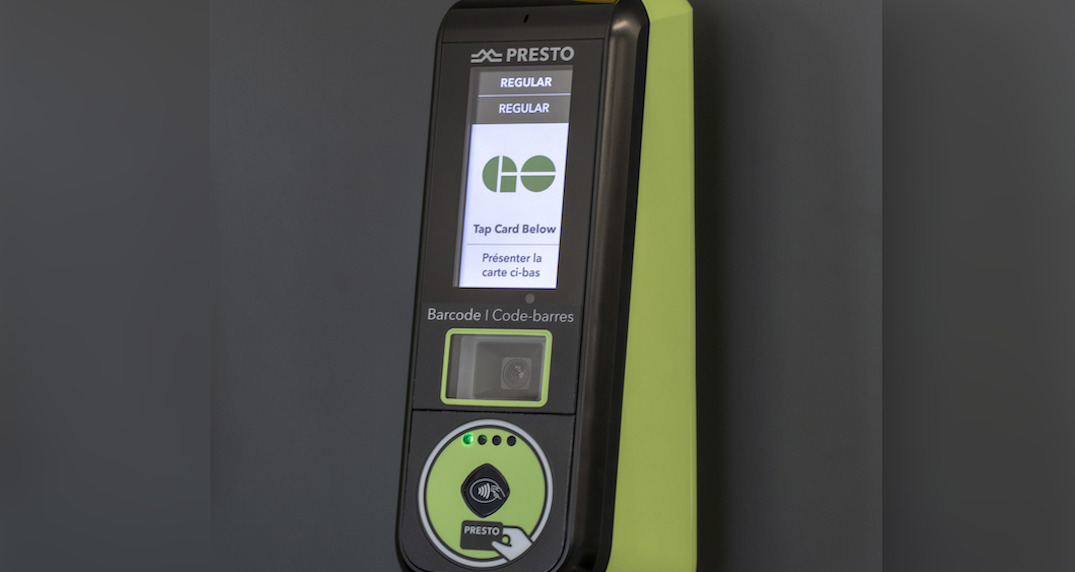 Metrolinx has officially begun to roll out its new PRESTO devices at select stations and buses in the 905 area as part of a trial.

Metrolinx says the trial will give the transit agency the chance to test how the devices function before installing them on all vehicles and stations in select areas in 2020.

The most notably different feature of the new device is “their look,” says Natalie Tutunzis, Metrolinx senior advisor, Communications Planning.

“In addition to updated branding, all of the devices — both on buses and at the stations — have a larger screen with an improved interface, which makes them easier to read and interact with,” said Tutunzis.

This, coupled with having higher contrast text also enhances the new devices’ accessibility for users. Additionally, all of the in-station devices are equipped with an audio mode with text-to-speech for further enhanced accessibility.

However, despite their new look, Metrolinx says customers can still continue to tap their PRESTO cards on them as they always have.

Another notable different feature is the new ‘mode’ button that allows customers to override default trips or reverse a tap rather than using separate buttons like on the previous devices.

The mode button also lets customers check their card balance, rather than having to find a separate balance-checking device.

But what’s really impressive about the new devices, is their future capabilities, which includes potentially modernizing PRESTO in a way that will give customers more ways to pay and these new devices already have the built-in capability to support these enhancements. 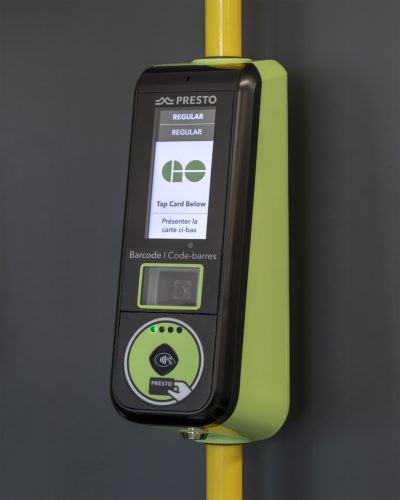 Metrolinx says customers may notice the devices have a barcode reader on them, which means they’ll have the capability to read e-tickets in the future.

The new devices also have a contactless card reader capable of supporting payment by credit, debit, and mobile phones.

In order to enable these new payment functions, Metrolinx says it needs to upgrade the system, which is currently in the planning phases.

Metrolinx says the new devices will be rolled out in phases to a select number of buses and stations first.

Primarily they’ll be installed on buses, however, GO and YRT customers will see the new in-station devices as well.

For GO, they’ll be installed at Burlington, Appleby, Clarkson, Aurora, and Newmarket, as well as on select GO buses throughout the system.