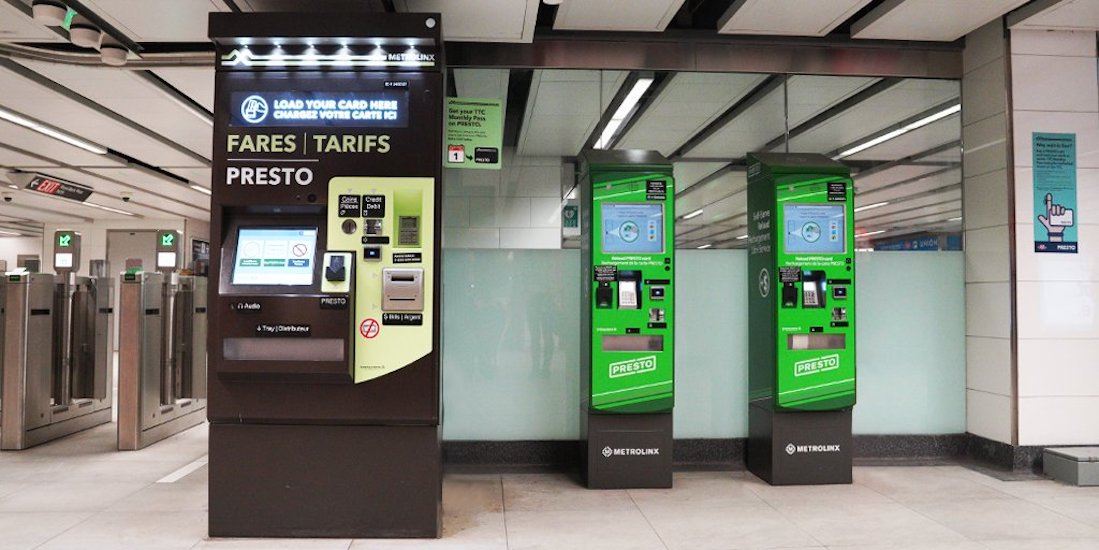 For those looking to load PRESTO cards today, all you’ll need is five cents.

Metrolinx announced last month that PRESTO is getting rid of its $10 minimum load requirement when you buy or reload a card at Shoppers Drug Mart and in person at customer service outlets.

According to the transit agency, starting today, October 28, PRESTO users will only need to load five cents when they buy the card, which will remain at $6.

“We know the minimum load requirement is a concern among our customers, who see it as a barrier to switching to PRESTO,” said Annalise Czerny, Executive Vice President of PRESTO, in September. “By taking this first step in lowering it to five cents across in-person retail and service outlets, we’re making it easier for more people to discover the many benefits of getting a card, whether it’s automatic top-ups when funds get too low or balance protection on lost or stolen cards.”

The new minimum load will take a phased approach, starting with in-person outlets. For self-service machines and online transaction, minimum load amounts will be decreased “in the near future after additional software changes are tested and rolled out.”

Last week, the TTC announced it will be ending the sale of tickets, tokens, and passes at collector booths next month.