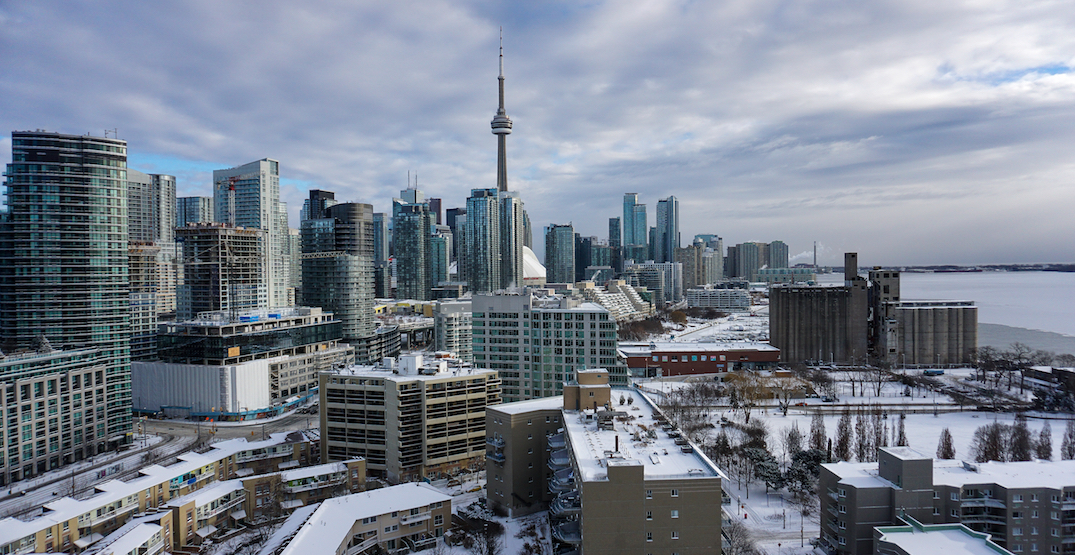 The city has seen falling rent rates over the past year, but a new report from Torontorentals.com takes a look at exactly which areas of Toronto have seen the biggest declines.

According to the report, the average rent in the GTA declined a total of 17% overall from January 2020 to January 2021, dropping from $2,411 to $1,993. Declines were seen across all property types, including rental apartments, condos, and single-family homes.

Unsurprisingly, Toronto properties experienced the largest decline, with rental prices dropping a staggering 21% compared to the previous year. A more than $500 decline on the average rental price leaves the new average at $2,000.

Etobicoke saw the second-largest decline, falling 18% overall to an average price of $1,926. 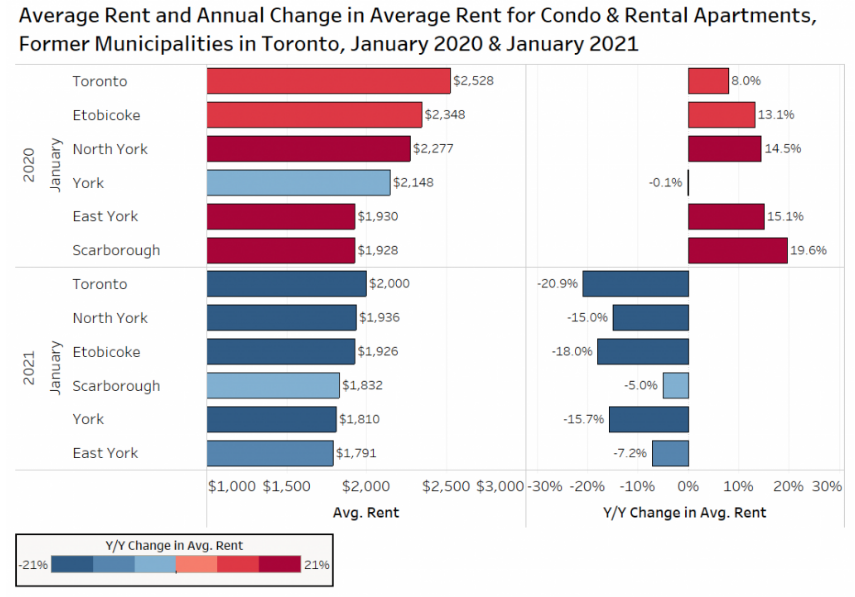 East York also saw a relatively smaller drop, with prices falling by 7.2% over the past year.

The report looked further into varying property types in different GTA areas to see how rent prices were affected. When considering 400 to 600 sq ft condos and apartments, Toronto again had the largest decline, with rents falling 22.9% to an average price of $1,691.

Markham saw the smallest losses, with rental prices dropping just 5.6% to a low of $1,759. Markham notably has the second-highest average rent price of all the areas, coming second to Oakville, with an average of $1,803. 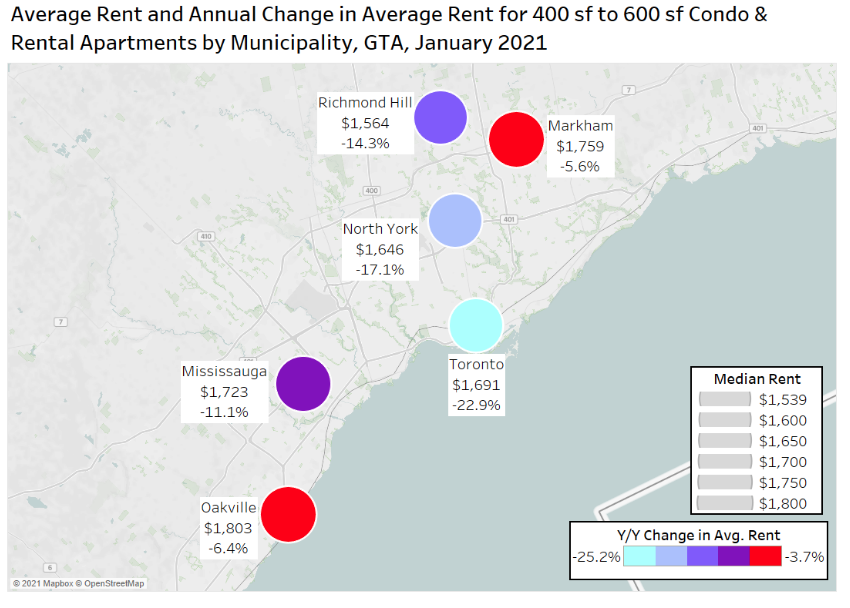 When looking at rent per sq ft in purpose-built apartment buildings, the largest of the Toronto rent declines was seen in York. Prices in the region fell 11.6% to a new average monthly low of $1,790. 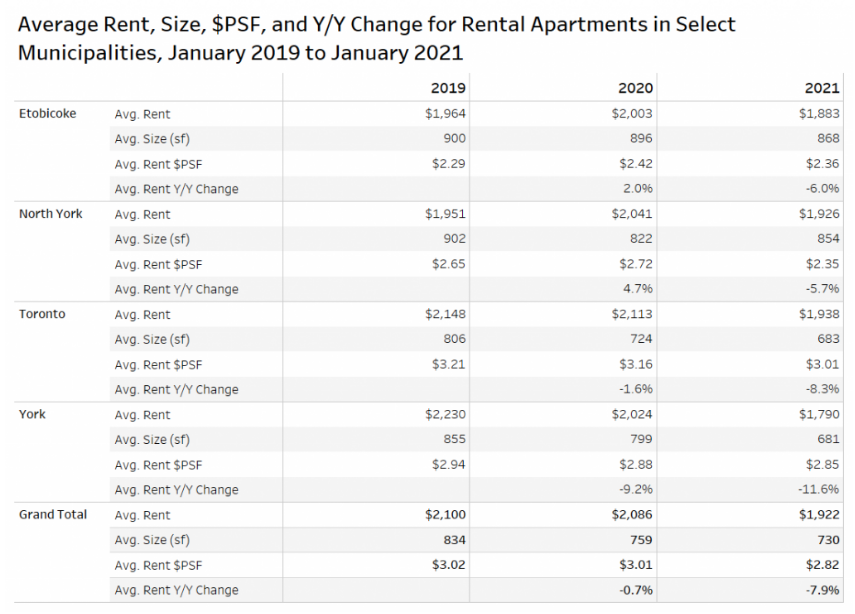 The report predicts that rental rates could continue to decline across Toronto over the next six months due to the slow vaccine rollout.

It’s also expected that a lot of new rental inventory will hit the market in 2021, which “may further dampen rental rates in the face of much less demand,” the report says.

Although trying to predict when exactly the market will bottom out may be hard, one thing is very clear: now is a really great time to lock in much lower rent.