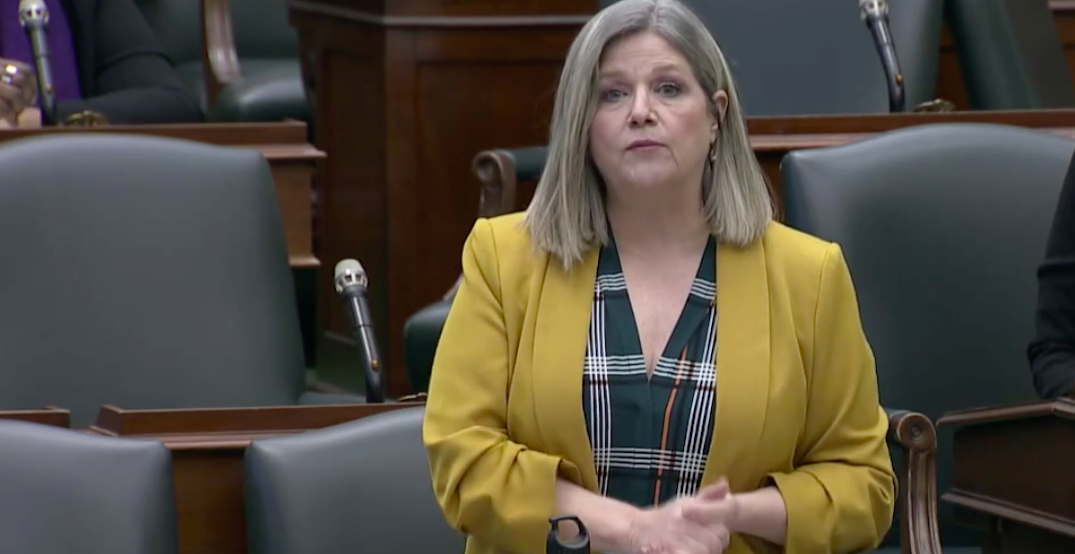 The NDP is calling for workers to receive paid time off to get the COVID-19 vaccine when the general population is able to receive it.

On Monday, Official Opposition leader Andrea Horwath proposed that people should be able to leave work without having their pay affected if their chance to get the vaccine comes during work hours.

“No one should have to choose between keeping their appointment for the life-saving COVID vaccine or losing out on wages they need to pay the bills,” said Horwath in a statement. “We need to make it easy for people to choose to do the right thing and get the vaccine.”

She noted that the government should be removing barriers in place, so everyone has equal access to the vaccine.

Horwath’s proposal is similar to Ontario’s Election Act rules for voting, which gives employees qualified to devote three consecutive hours of time off during polling hours, without any reduction in pay.

Horwath raised the issue during the question period on Monday morning, looking for the government to support and adopt her proposal.

During Monday’s session, she also provided the motion to allow workers paid sick days, which the Ford government had denied.

“Workers without paid sick days are the heroes we have relied on during this awful pandemic. They have cared for our parents and grandparents, cleaned buildings, made meals, and bagged groceries. Right now, those people are forced to choose between going to work sick or taking a pay cut. So many of them simply can’t afford to miss a shift if they’re going to keep the rent paid and prevent the cupboards from going bare.”

An estimated 60% of Ontarians do not have permanent paid sick days, which is higher among low-income workers.

With more vaccines being delivered to Ontario, the rollout plan has been accelerated with those aged 60 and younger to be vaccinated come July.