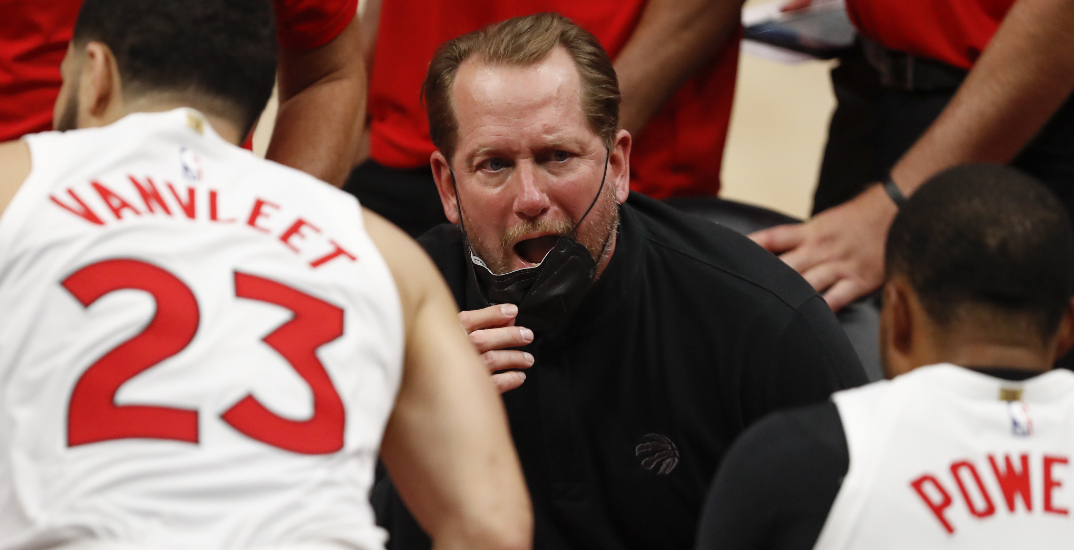 The NBA has slapped the head coach of the Toronto Raptors with a fine.

Nick Nurse has been fined $50,000 throwing his facemask behind the scorer’s table and toward the spectator stands, and for directing profanity toward game officials.

The incident occurred on Saturday at the end of the Raptors’ game against the Utah Jazz. The Raptors lost the game 115-112, their seventh loss in a row.

The fine was announced on March 21 by Kiki VanDeWeghe, the Executive Vice President of Basketball Operations for the NBA.

The Raptors have been on a seven-game losing streak after several players, including Fred VanVleet, Pascal Siakam, and OG Anunoby missed multiple games due to COVID-19 protocol.

The team is set to face the Cleveland Cavaliers tonight at 7 pm ET/4 pm PT in Ohio.