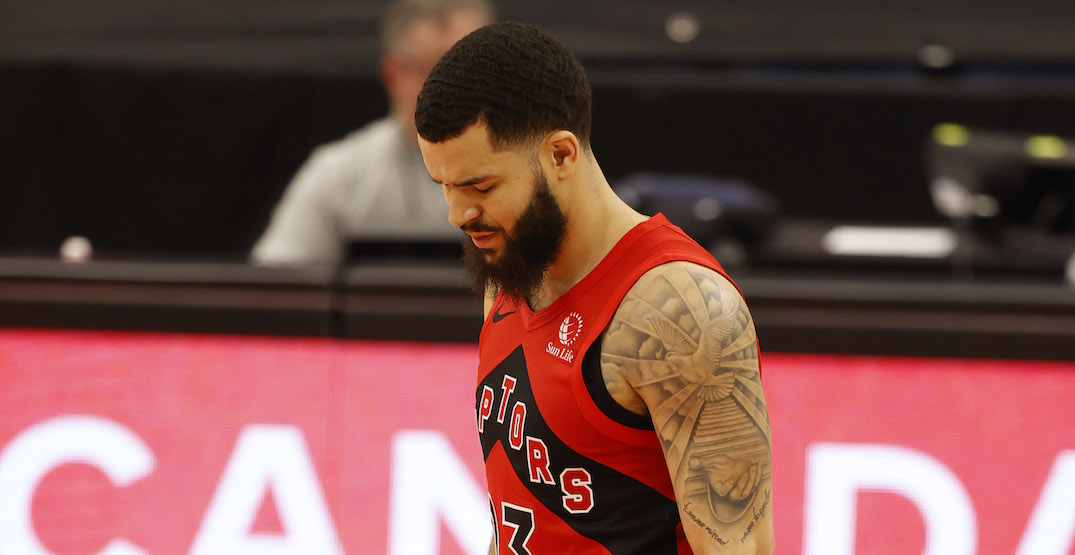 Toronto Raptors guard Fred VanVleet admitted that he had tested positive for COVID-19.

During his press conference after practice on Tuesday, a practice that saw four Raptors, including himself, cleared to return, VanVleet admitted that he did have a couple of days where his symptoms were “rough.”

“Definitely nothing like anything I’ve ever had,” VanVleet told reporters. “I could feel that it was something different, I could feel the sickness, I could just feel it in me.”

Toronto has been hit hard recently due to COVID-19 as the team has had two games postponed, on February 28 and March 2.

“I wouldn’t wish it on anybody. I’m here, I’m alive, I’m breathing,” VanVleet said. “I know there are a lot of people that didn’t make it through COVID. My thoughts and heart are with the families and people that have been affected by this thing that weren’t as fortunate as I am.”

While the reason why there was an outbreak within the organization is essentially a mystery, it did prompt rumours of improper mask-wearing among members of the coaching staff.

“People sitting at home or trying to figure it out from afar, putting unrealistic thoughts and blame on people, that was a little bit disappointing,” VanVleet said about the rumours. “It’s a tricky thing because the first thing you think of is: Well, how did you get it? Well, I don’t know, I’ve been following every rule since the rules came out.”

The 27-year-old added that while he is taking “baby steps” before he is ready for game action, he is happy to be around the team again.

“I caught myself walking into the gym just smiling, smiling like I forgot how much I love this. I really love the game. I really love basketball. I really love being in the gym… I’ve been giving out more hugs in the last 24 hours than I ever have in my life, so I’m happy just to be back.”

VanVleet is listed as “doubtful,” for the team’s next game against the Detroit Pistons. Meanwhile, Siakam, McCaw and Flynn were upgraded to “questionable” for the game, and Anunoby travelled to Detroit but is not yet cleared to return.