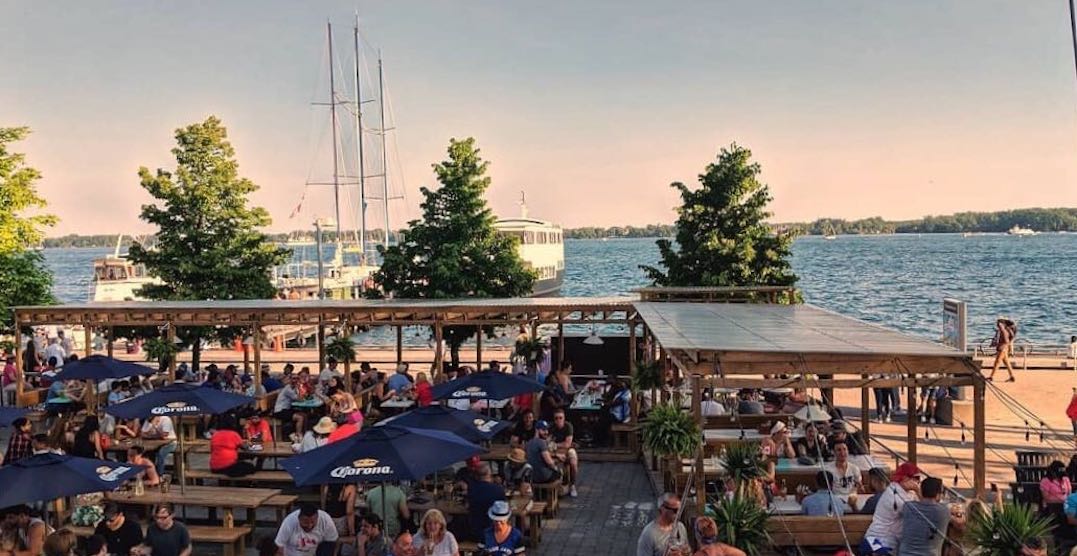 And you know what that means. It means you have yet another excuse (in addition to the hot weather and a long weekend) to enjoy a few brewskis today.

Here’s how you can celebrate this very special August 2 across the city.

Enjoy a patio with your pup

Many restaurants take a laissez-faire approach when it comes to bringing your pup into the patio space, or tethering up directly outside it.

We’re spotlighting the most accommodating spots, as well as patios that are that are perfectly positioned (read: tucked away from bustling traffic) so that both you and your best friend can relax.

Check out this list to learn the most fur-friendly patios in the city.

Just in time for Saturdays on the back deck (or, let’s be real, on the two square feet of sunlight you have on your patio), Steam Whistle Brewing has introduced a new beer to its roster. Now sitting proudly alongside the classic Pilsner, the brewery is offering a Pale Ale, distinguishable by its sky-blue can. If you’ve yet to try the new brew, today’s the perfect day.

While this new doc isn’t in theatres until Aug 7 in Toronto, Kings of Beer is now available on-demand. The film offers a never-before-seen look at the standards and competition behind the brewing of Budweiser beer.

Sip beer at the waterfront

Waterfront patios in Toronto are somewhat scarce, which makes them all the more special. What better way to celebrate a special day such as this? And on the eve of a beautifully-forcasted long weekend, too. In high demand on hot days, these patios are the places to be to soak up the sun while the lake breeze keeps you cool. Here’s where to live large, lakeside, tonight in Toronto.

It’s the moment you’ve been waiting for all summer long. Mascot Brewery’s King West beer garden has finally opened its doors. And if you’ve yet to check out the space, sprawling with sunlight, mouthwatering eats and bubbly brews… today is the day. No excuses.