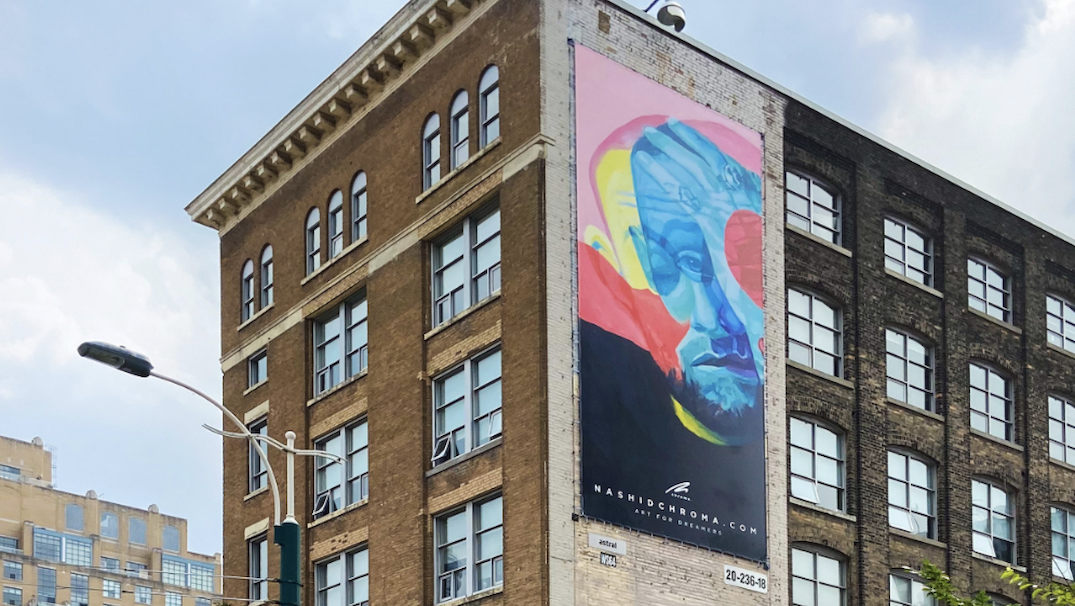 Colourful portraits of musicians like Mac Miller and The Weeknd have popped up on the sides of buildings and bus shelters on some of Toronto’s busiest streets, but who’s behind these artistic additions in Toronto?

It is Toronto’s very own Nashid Chowdhury, a once full-time architectural designer turned full-time artist.

Chowdhury’s love for art began at a young age, but he says that cultural expectations prevented him from ever taking it seriously. He went to post-secondary school and decided to take Urban Planning to get into architecture, although he didn’t like it much. Studying fine art as an elective enabled him to be “a better artist.”

But school was demanding, and Chowdhury found himself miserable.

“Both architecture school and work was really demanding and I found myself feeling miserable the entire time. The thought of switching professions kept nudging at me but I felt a lot of shame for abandoning something I worked so hard for and fear because of all the extra student debt. And I knew that switching into any other design industry would take at least a year of hard work to get noticed by any company I aspired to work at,” Chowdhury (aka @nashid.chroma) told Daily Hive.

After being let go from his job, the 28-year-old Torontonian decided to take 2020 (the year of the pandemic) to focus on art. 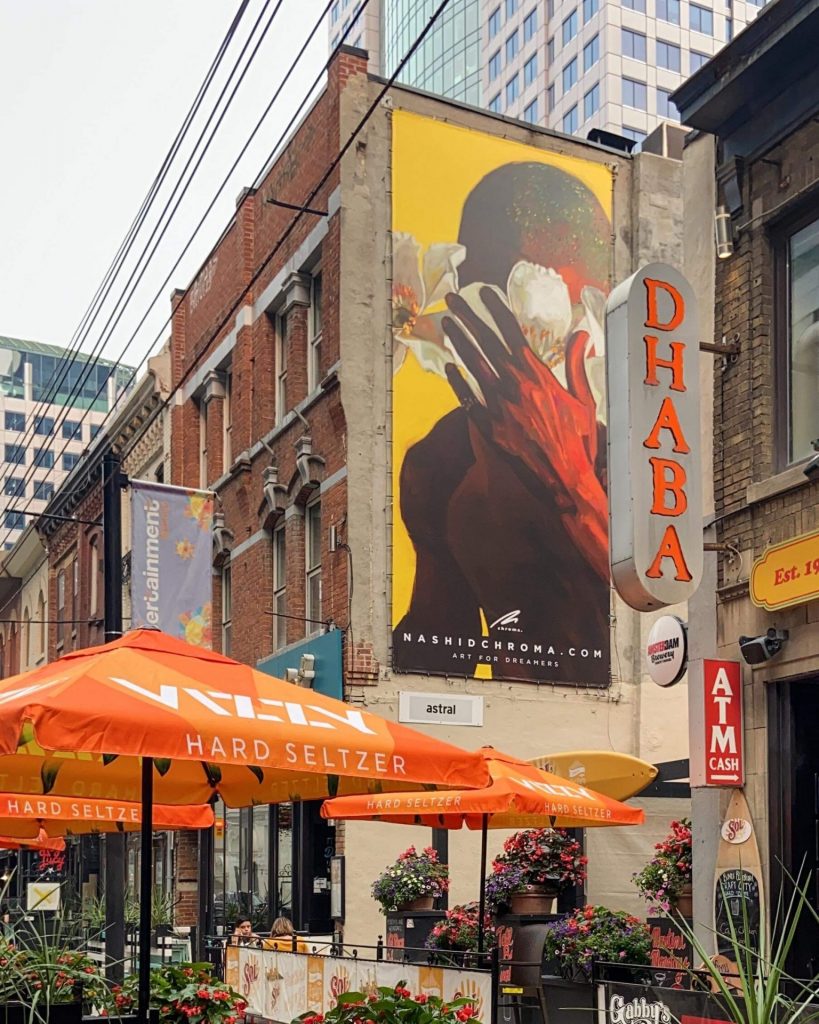 “My first day as a full time artist on my birthday. It was bittersweet, but I was finally able to start my dream career,” he said.

The plan was simple. After receiving an iPad on his birthday, he planned to paint one piece of art every day and share it on social media to improve his skills and grow an audience.

“The challenge was going really well but I wasn’t expecting people to start asking if I sold my artwork so soon,” said Chowdhury. 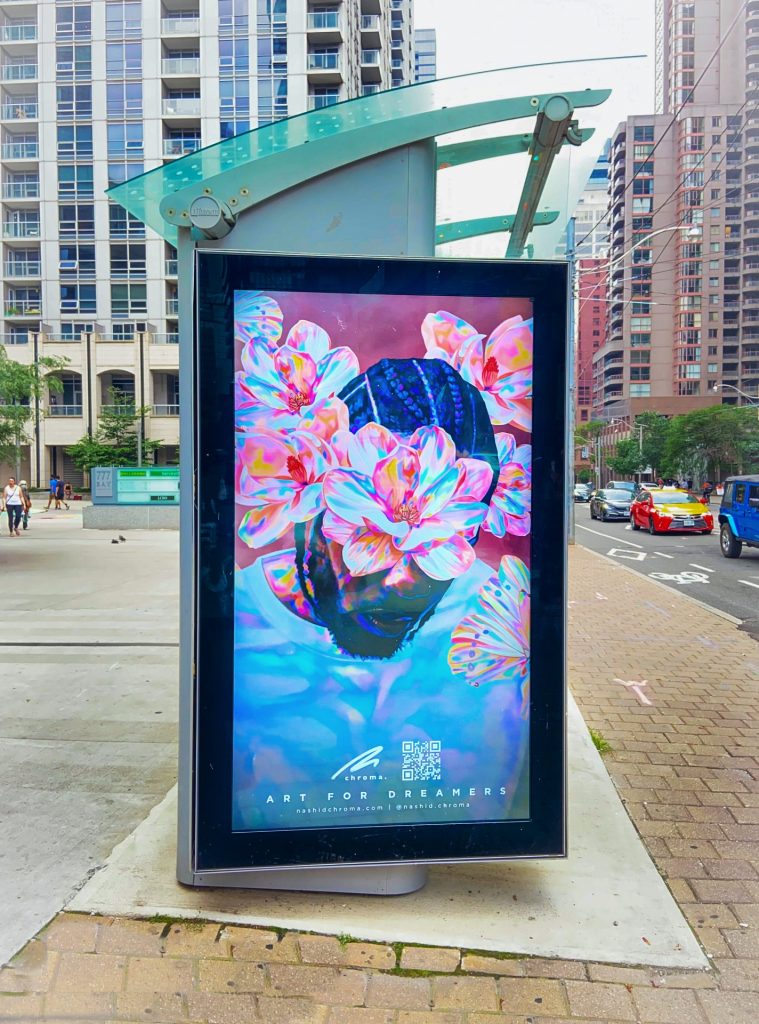 In February, roughly 60 days into my challenge and just before the pandemic hit, people were inquiring to purchase my work but I hadn’t considered any logistics so I was hesitant. But I wanted to be flexible and adapt so I decided to look into a service called print on demand where a company handles the printing and shipping of products which ended up giving me more time to paint.”

Like many local artists, Chowdhury began selling pieces on Etsy before switching to Shopify.

A quick look at Chowdhury’s art, you’ll notice flowers as a common theme. The flowers were added to his art when music labels began reporting his work on the platforms in which he was selling his art. 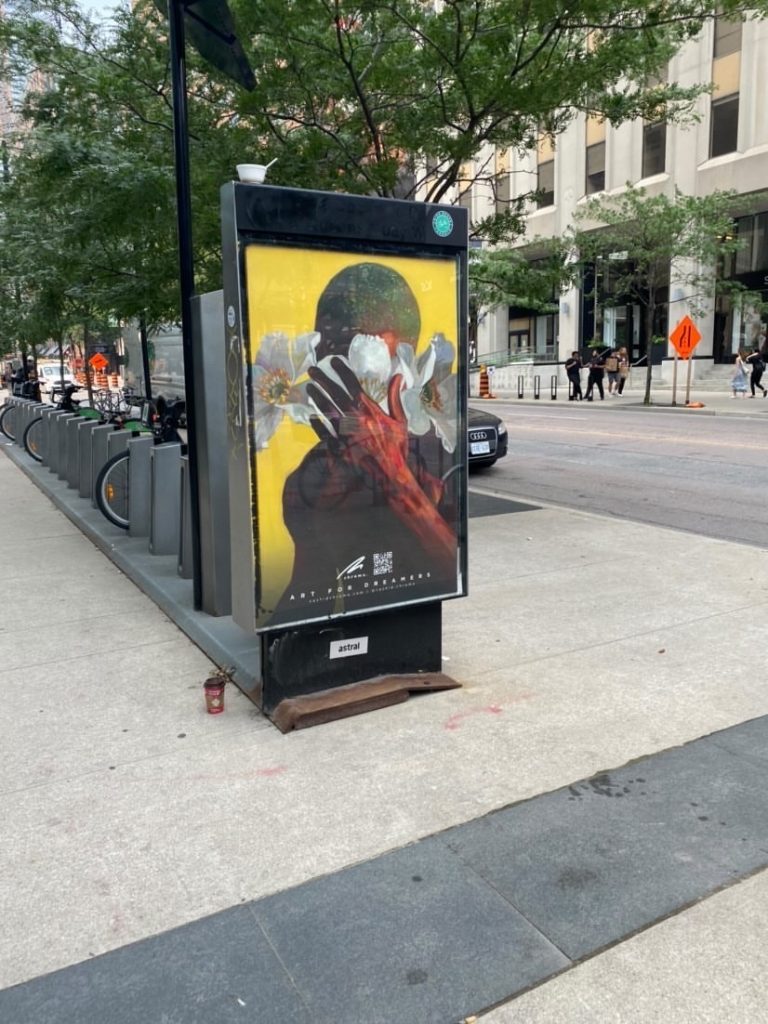 “It didn’t feel right that I couldn’t paint something that inspired me that wasn’t intellectual property or copyright, but to stay cautious I decided to cover up the faces of who I painted,” Chowdhury explained. “And this became the design challenge I still face today with determining how to have an image still allude to an icon but be masked enough so that it is anonymous and can be considered my original work.”

He said he picked flowers because he always loved painting them and love the shapes that you can find in their form.

And the florals paid off. Since he began his work a year ago, Chowdhury’s audience online grew to over 50,000 followers, and he’s used his platform to raise over $10,000 cumulatively for charities such as the Palestine’s Children Relief foundation, The 519, the Indian Residential School Survivors Society, The Bail Project, and Ovarian Cancer research.

“It’s wild to me how it’s all happened in just over a year and a half from the simple goal of painting one piece everyday,” he said.

This summer, Chowdhury’s artwork hit Toronto’s streets. Literally. The self-funded initiative was because “it was so hard to find anywhere else to exhibit,” he said.

“Galleries don’t like showing work that isn’t limited in quantity and pop art is often looked down upon, so I thought I could make the city my gallery since I had managed to earn the capital from the business.” 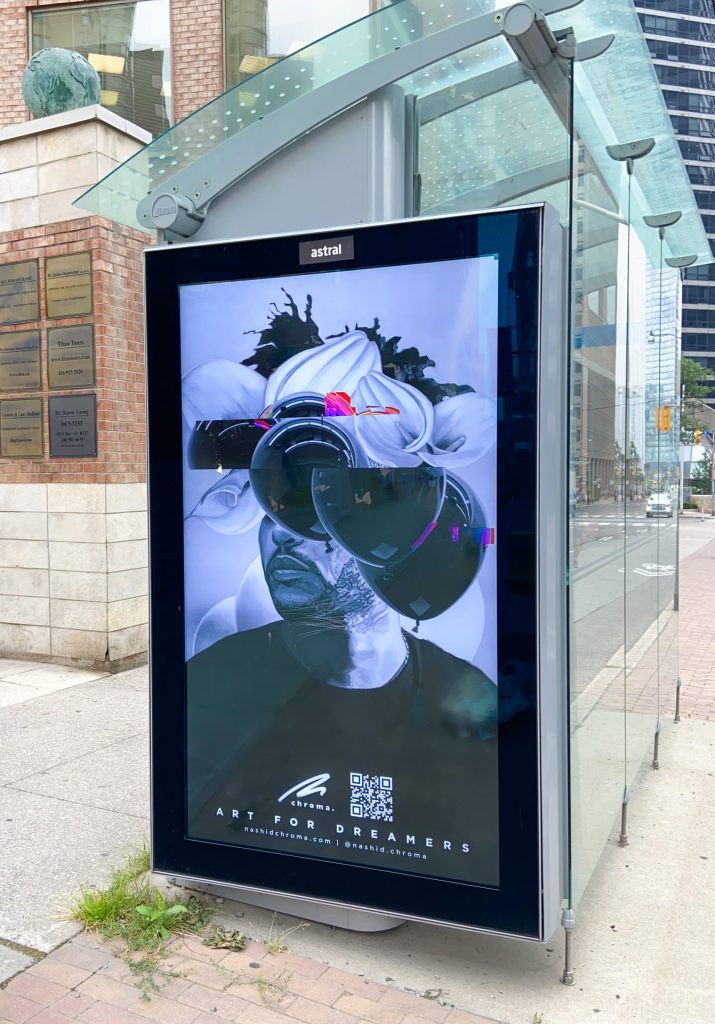 Chowdhury said there’s so much construction in the city, so having art around is a nice break. He’s also organized a scavenger hunt with his audience to make his art more engaging, and has fans sharing his art that they see on the street to win one of his art pieces.

“We’re such a diverse population, you can see it in our amazing food options. And there is so much creativity and energy in the music scene thanks to Drake and the Weeknd. [The] problem is that most of the cultures that make up our beautiful city don’t encourage a pursuit of the visual arts,” he said.

“Our immigrant parents didn’t have any reason to believe it would be a stable career path and it might have been true in their generation without the internet and social media. But now it can be.”

He said what he’s doing isn’t necessarily special, but it took a lot of work down what he called was an unchartered path.

“So one of my ambitions is to show young south Asian kids and kids from any other culture where visual art isn’t considered a viable profession, that it is possible. And having my work spread across the city is hopefully more of a testament to that,” he said, adding that there’s a lot of young visual art talent on social media.

“But they’re always talking about their university pressures and how they hope to be professionals outside of art because they don’t know they can turn their art into their business. If we can get more of these amazingly skilled artists to know that my career path is very feasible, Toronto and the rest of the world could become a far more beautiful place with all the beautiful culturally diverse stories and experiences that these potential artist have to draw from.”

You can see Chowdhury’s art around the city, as well as Chen Chen’s Hot Chicken, Thindi‘s College Street location, and online.