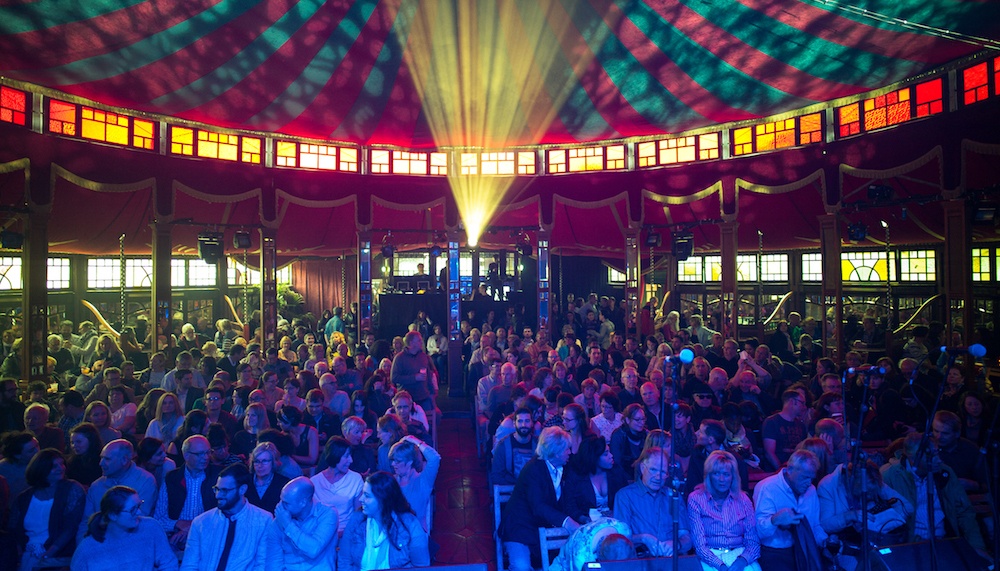 Now in its 11th year, the multi-arts and multi-platform festival will take over venues across the city for twelve days this June, including in The Famous Spiegeltent a whimsical and ornate 1920s pavilion from Belgium, popping-up in David Pecaut Square.

And with events starting next week, here are five picks you shouldn’t miss at this year’s Luminato.

Paying homage and respect to Indigenous creativity, presence and voice, Luminato’s kicks-off this year’s festival with Tributaries, a large-scale celebratory experience free and open to all. Featuring more than 60 artists, who pay tribute to the resilience of Indigenous women and the power of land and water the compelling quality and beauty of the Indigenous voices will fill the evening welcoming audiences and participants.

At Luminato for one night only following a sold out premiere performance in Ottawa in 2016, Life Reflected is an immersive, multi-media symphonic experience created and commissioned by the National Arts Centre Orchestra featuring works by four Canadian composers, each one a musical portrait inspired by a remarkable Canadian woman: Alice Munro, Amanda Todd, Roberta Bondar and Rita Joe. Conducted by Alexander Shelley, directed by Donna Feore with visual and stage design by multimedia wizards Normal.

Emerging Indigenous Canadian artist Wolf Saga’s synth-pop brings indie rock into the electronic production sphere and has been garnering him international attention with over two million Soundcloud listens and over one million YouTube views.

Where: The Famous Spiegeltent, David Pecaut Square
When: June 21 at 10 pm

An ambassador for Inuit culture, Elisapie represents the wild and tough beauty of the north. She sheds new light on aboriginal musical classics singing in Inuktitut, English, and French with modern pop and folk influences. Her work has been called Polar pop and Arctic Electric.

Where: The Famous Spiegeltent, David Pecaut Square
When: June 22 at 10 pm

A hit of the 2015 Edinburgh International Festival, En avant, marche! is a genre-defying tragicomedy from acclaimed Belgium choreographer Alain Platel of les ballets C de la B, one of the most influential performing arts companies in Europe, and NTGent co-director Frank Van Laecke and composer and music director Steven Prengels. The North American premiere of features nearly 40 performers on stage, with four actors and seven musicians joined by 30 members of Toronto’s Weston Silver Band – a true celebration of the power of making music together.