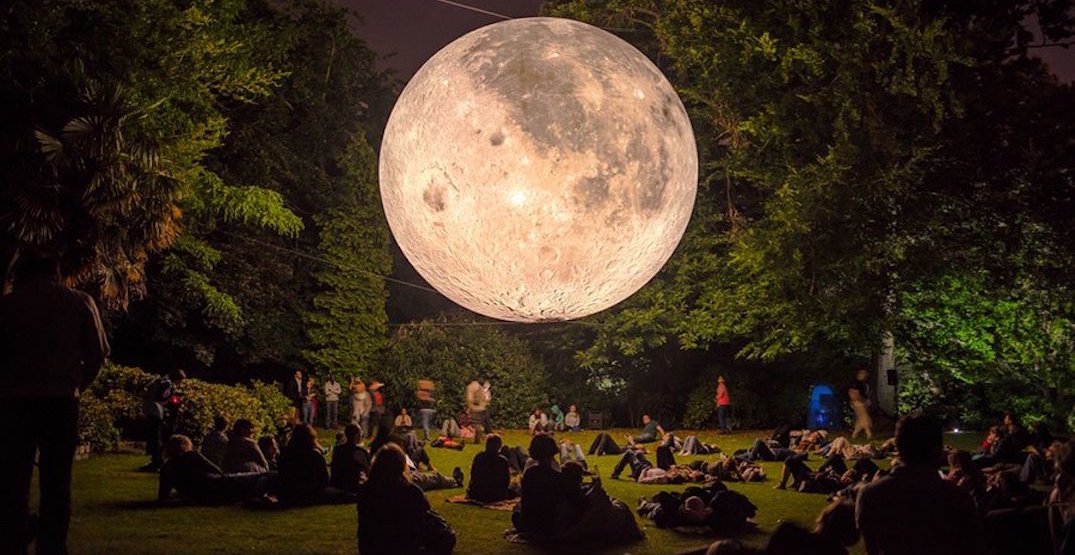 A full moon will be shining over an Ontario town for ten days in a row this summer.

The world-renowned Museum of the Moon is a touring art installation by artist Luke Jerram, and will be landing in Startford as it makes its first-ever appearance in the province.

The strikingly realistic, scale-model moon exhibit has been visiting major cultural cities around the world since 2016, inspiring and entertaining with its blend of science and art.

This year, Stratford Summer Music is bringing The Museum of the Moon from August 16 to 25 as part of its annual multi-week music festival that includes more than 100 events featuring more than 350 artists.

“We’re absolutely thrilled to bring something so unique and so remarkable to Stratford,” said John A. Miller, Artistic Producer of Stratford Summer Music, in a release.

“This artwork is captivating because it brings art and our natural world together in a way that reminds us that we’re all part of this amazing planet drifting through space.”

According to organizers, the centrepiece of The Museum of the Moon is a seven-metre diameter moon sculpture — a custom-built balloon illuminated from the inside and covered in highly detailed NASA imagery showing the lunar surface. Built to scale, each centimetre of the artwork represents five kilometres of the moon’s surface.

All The Museum of the Moon activities will be free to the public or pay what you can.