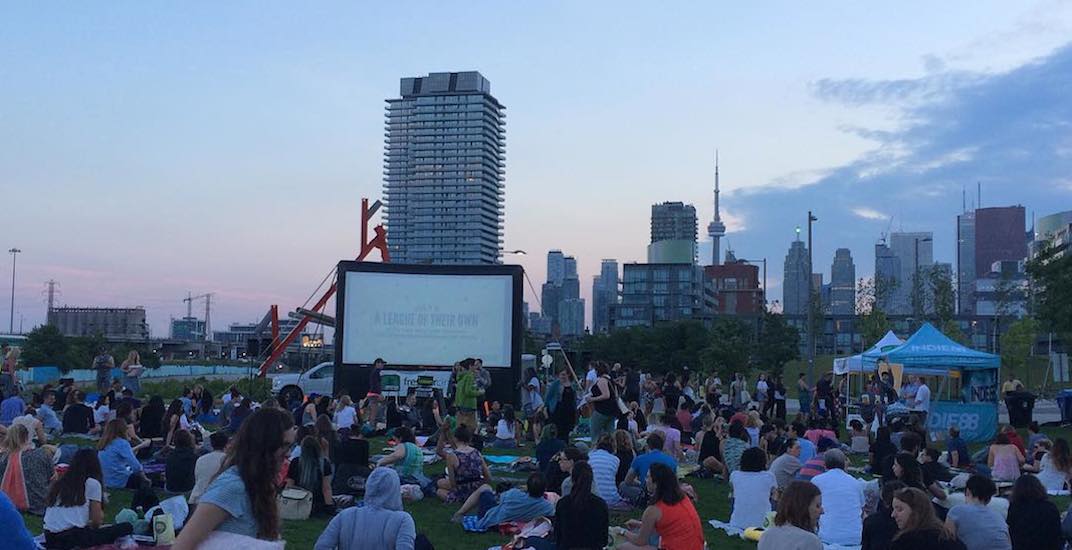 Summer will soon be here, which means it’s time to enjoy some movies under the stars.

This summer, movie buffs can enjoy an impressive lineup of films at Corktown Common Park as part of Toronto Outdoor Picture Show’s Cinematic Cities programme, a summer-long series of outdoor films celebrating cities on screen, at home, and abroad.

This marks the third season of outdoor films at Corktown Common Park and this summer, the public is invited to enjoy a series of films about four cities in ten short and feature films set in Toronto, Rome, Berlin, and Selma, Alabama.

Corktown Common Park will kick off its season on Thursday, July 5, with William Wyler’s charming classic Roman Holiday starring Audrey Hepburn as Princess Ann, who eschews her formal duties to instead roam the streets of Rome incognito for a day.

The film festival will conclude on July 26 with Ava DuVernay’s powerful drama Selma, a film that depicts the historic 1965 march led by Dr. Martin Luther King Jr. from Selma, Alabama to the state’s capital.

There will also be a scheduled rain date for Thursday, August 2.

Screenings always begin at sundown or approximately 9 pm and although all screenings are free of charge, there is a suggested donation of $10.

There will also be food, drinks and merchandise will be available for purchase.