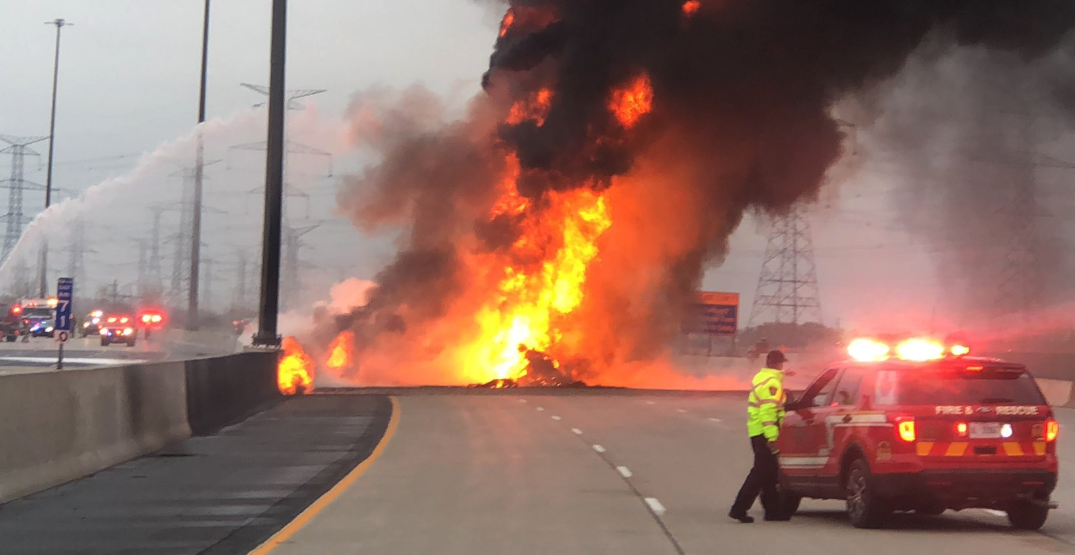 A tanker crash and fire on Highway 407 just north of Toronto has resulted in multiple fatalities this afternoon.

The incident took place at approximately 4:30 pm on Highway 407 in Vaughan between Dufferin and Keele streets.

“At this point, it does look like a vehicle crossed over from the westbound to eastbound lanes, collided with vehicles headed eastbound, and the vehicles came to rest here on the eastbound side of the 407.” Sgt. Kerry Schmidt of the OPP said in a video posted to Twitter.

Multiple fatalities in tanker fire collision on #Hwy407 between Dufferin and Keele https://t.co/njAcKpNwnr

Schmidt added that the commission was massive and said there were “multiple fatalities.”

Dashcam video shows the tanker flipping over the median and immediately bursting into flames.