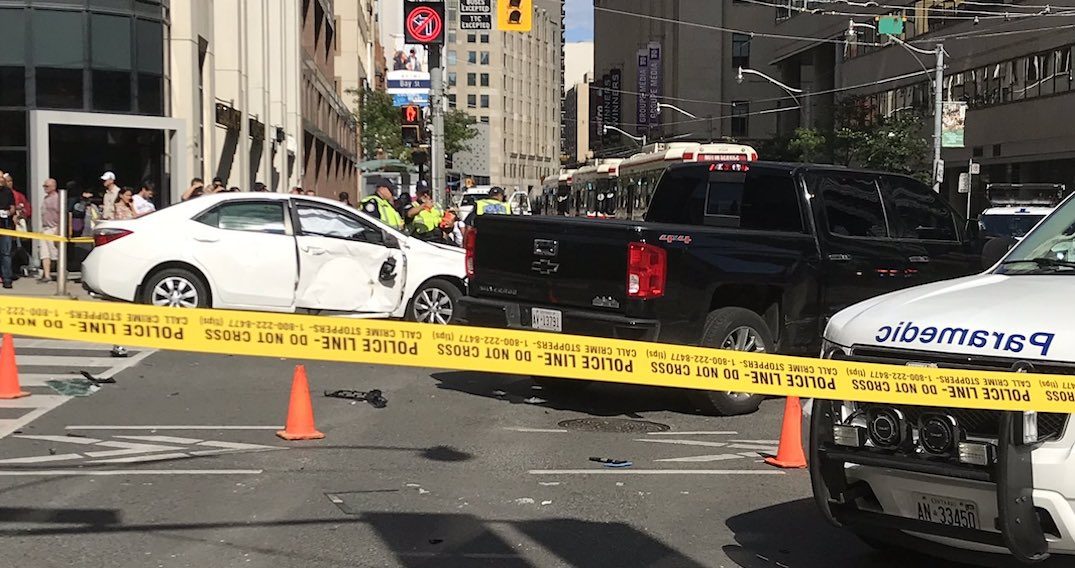 Police say a multi-vehicle crash at the intersection of College and Bay has sent multiple people to local hospitals, including a small child.

Sgt. Brett Moore with Traffic Services said the incident occurred just after 3 pm on Thursday after one driver violated a light, causing a series of collisions involving three vehicles.

As a result, multiple pedestrians were struck.

“At least three people have been taken to trauma hospitals in downtown Toronto and a child has been taken to SickKids,” said Moore in a Twitter video. He added that one driver was taken to hospital.

Moore described the intersection as “a dynamic scene,” and photos shared online show several people attending to someone lying on the ground surrounded by damaged vehicles.

Police have since shut down the intersection and street-level TTC service is being diverted northbound via Wellesley Street, University Avenue, and Dundas Street.

6 Bay: Detour northbound via Wellesley St, University Ave and Dundas St W due to a collision.

Authorities are also urging people to avoid the area throughout the rush hour as officers continue their investigation.