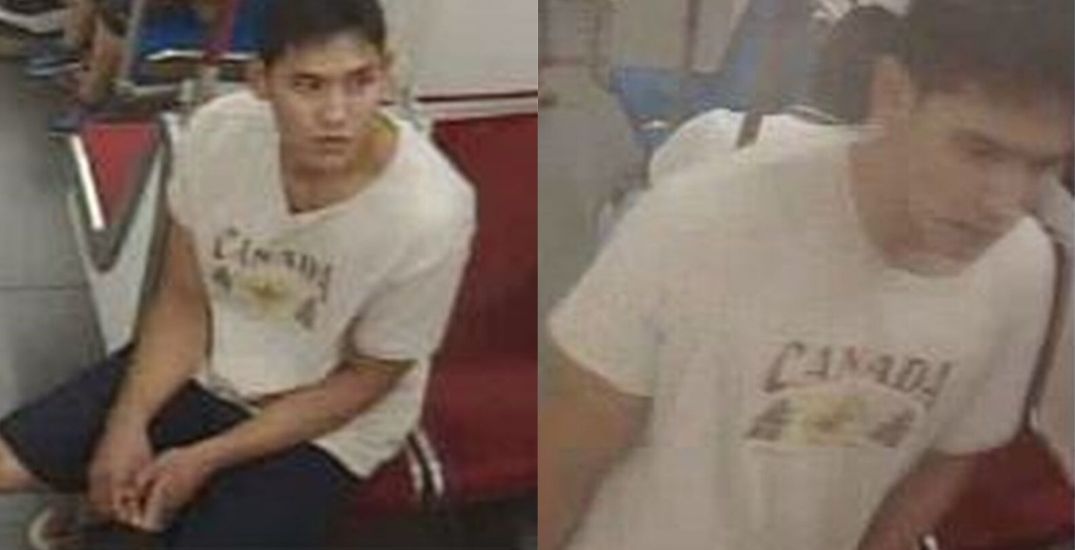 The Toronto police have requested the public’s assistance identifying and locating a man who was allegedly flashing a large kitchen knife aboard a subway car at Yonge and Bloor station over the weekend.

According to police, on Sunday, August 18, at around 2:47 pm, a male passenger on a TTC subway train began yelling and swearing, while pacing around.

The man then pulled a large kitchen knife from his duffel bag and continued pacing around the subway, according to police.

Passengers on the train notified TTC officials who then called the authorities.

Police say the man then placed the knife back into his duffel bag and fled the train and the subway station before officers arrived.

The man is described as 5’10”, with a thin build, and straight, black hair. He was wearing a white t-shirt with “Canada” written on the front, black, knee-length shorts and white flip-flop sandals. He was also carrying a black duffel bag.

If you see the suspect, do not approach him, call 911. 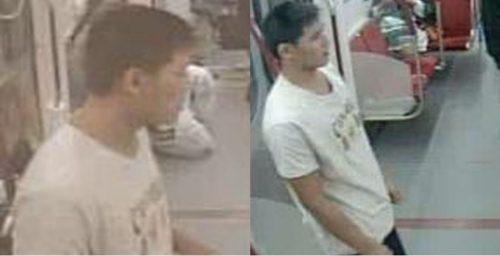