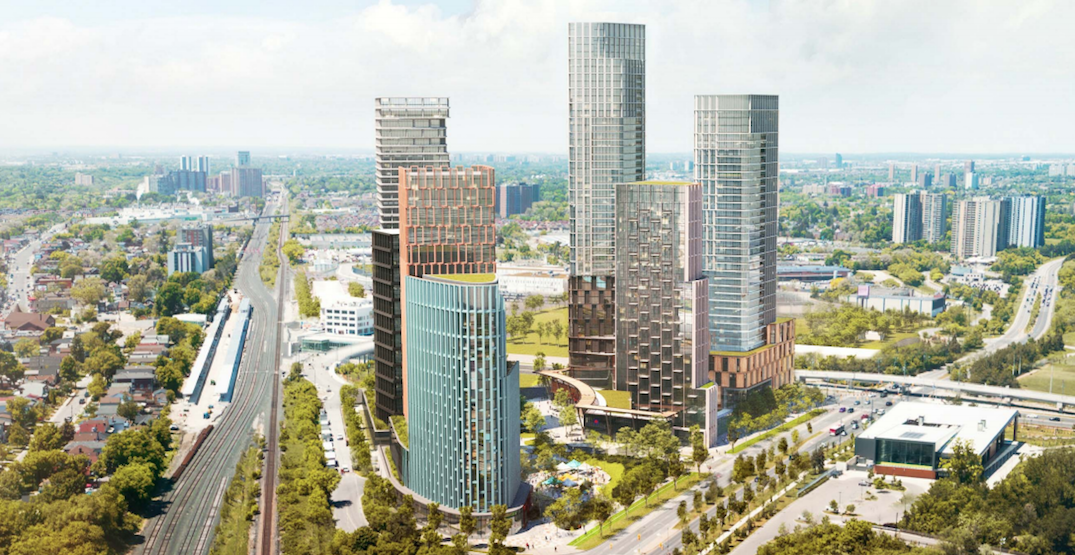 An upcoming Eglinton Crosstown station in Toronto’s west end may soon have a massive seven-tower community outside of it.

Developer Choice Properties REIT filed plans with the City to build the community at 25 Photography Drive, directly across the street from the under-construction Mount Dennis station. 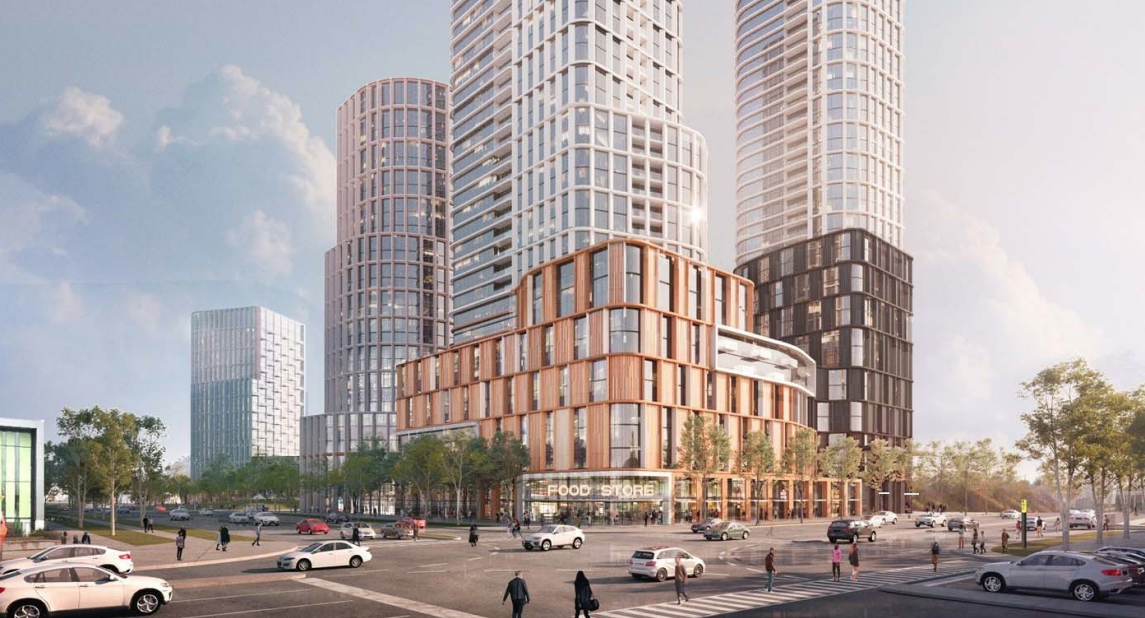 The community, if built, would capitalize on the newly available transit options at Mount Dennis Station, giving residents and visitors direct access to the Eglinton Crosstown LRT, UP Express, and the Kitchener GO line. 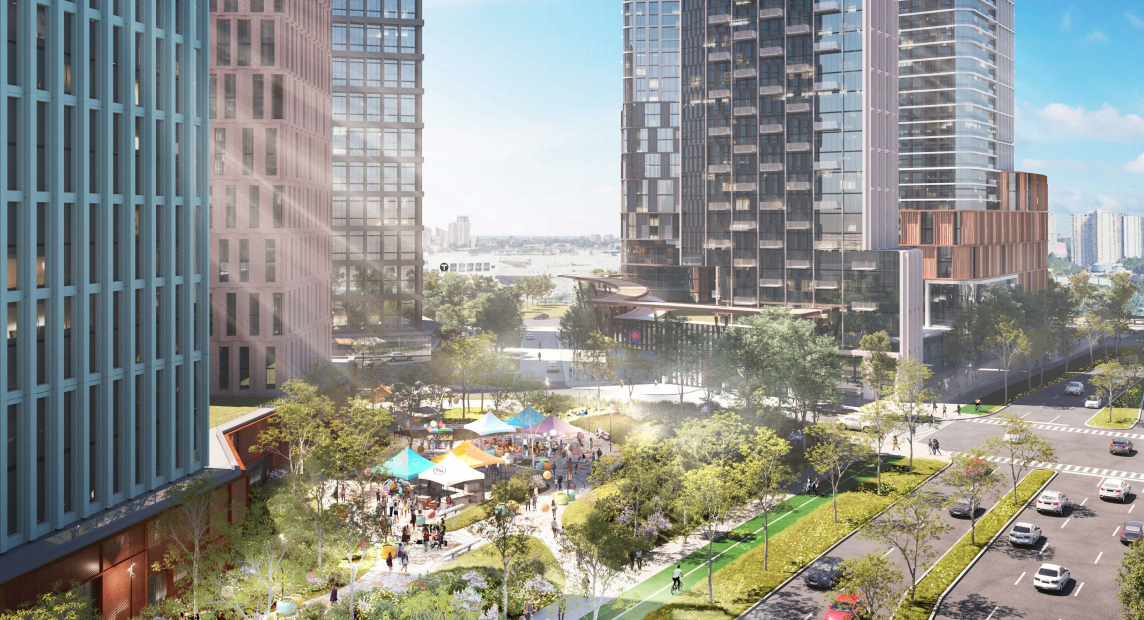 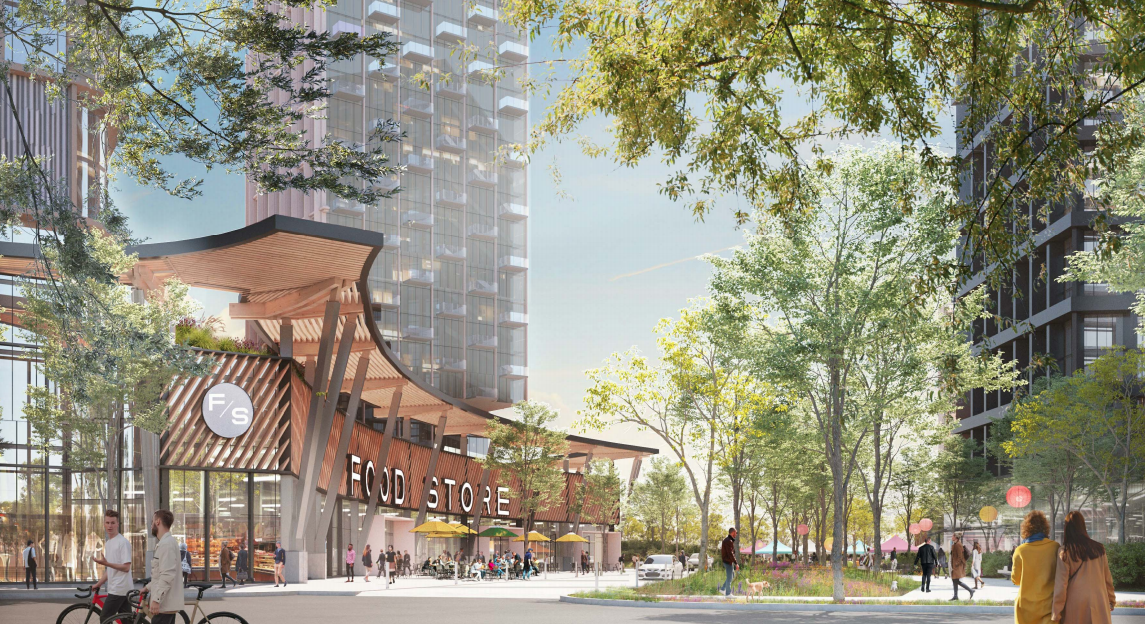 There would also be nearly 50,000 sq ft of retail space, including an unnamed food store that would presumably replace the No Frills currently located on the property.

As expected, the buildings will have plenty of amenities, both indoors and outdoors, with each tower having its own green roof.

The proposal is currently being reviewed by the City for feedback and will need to go through several stages of approval before the developers can move forward.