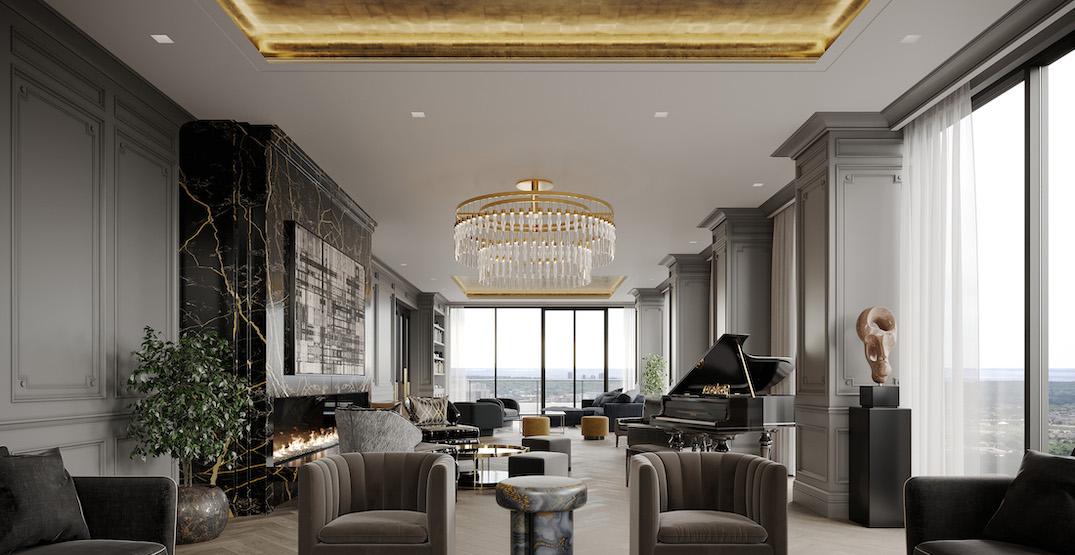 The most expensive pre-construction condo ever listed in Mississauga history just hit the market with the jaw-dropping asking price of $15 million.

Located inside EX3 Condos at Exchange District, a yet-to-be-built condo tower in downtown Mississauga, the $15 million luxury penthouse spans a whopping 10,000 square feet across the entire top floor of the 66-storey development. 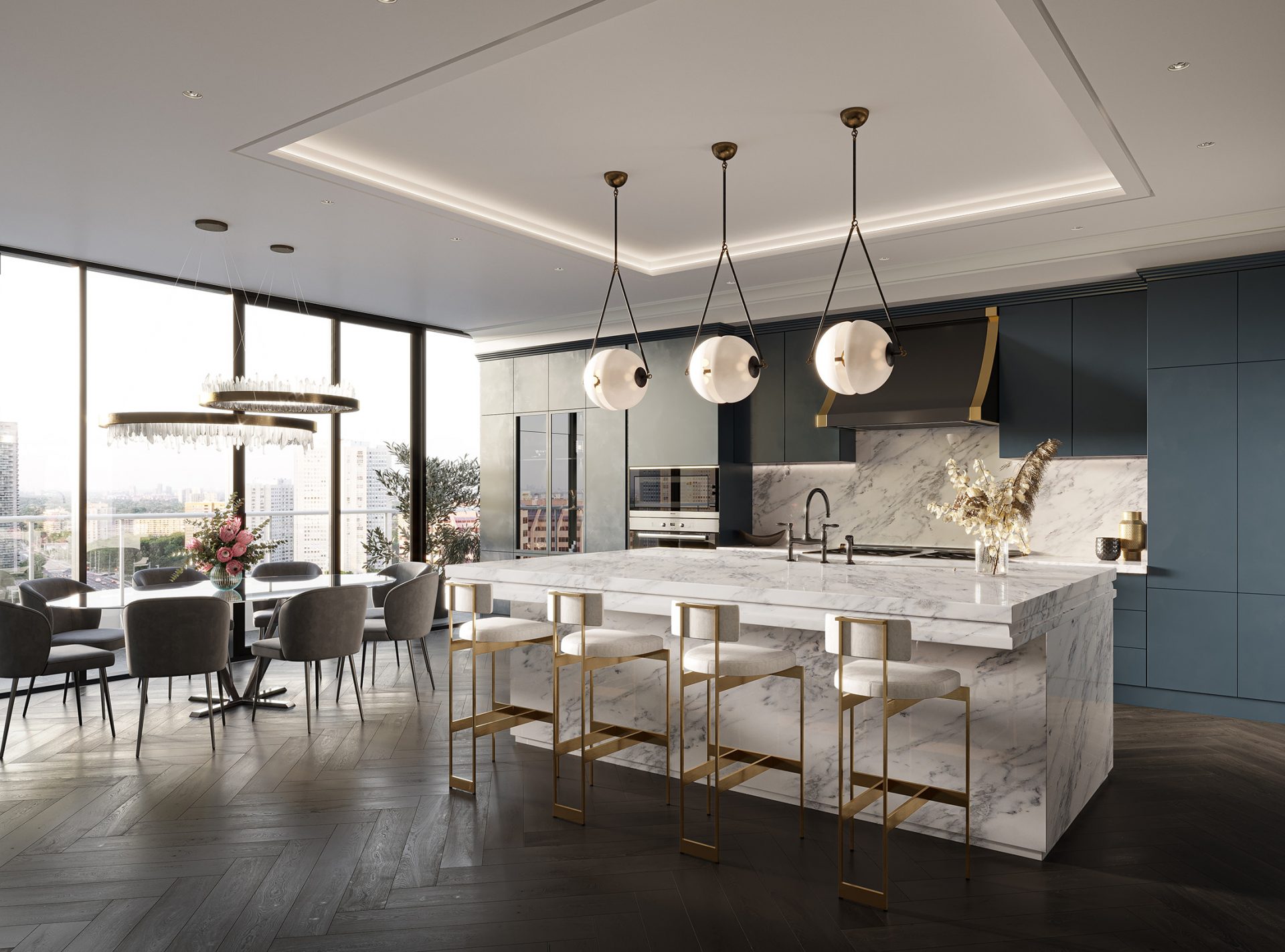 Nearly 8,000 square feet of that is indoor living space, with the remaining 2,000 square feet comprising the balconies that offer 360-degree views of the city and Lake Ontario. It has five bedrooms, two laundry rooms, staff quarters, and two walk-in closets.

Of course, for $15 million, you’re going to get a few extra high-end features, including a private wine cavern, spa-inspired bathrooms, private gym space, and a private five-car garage. 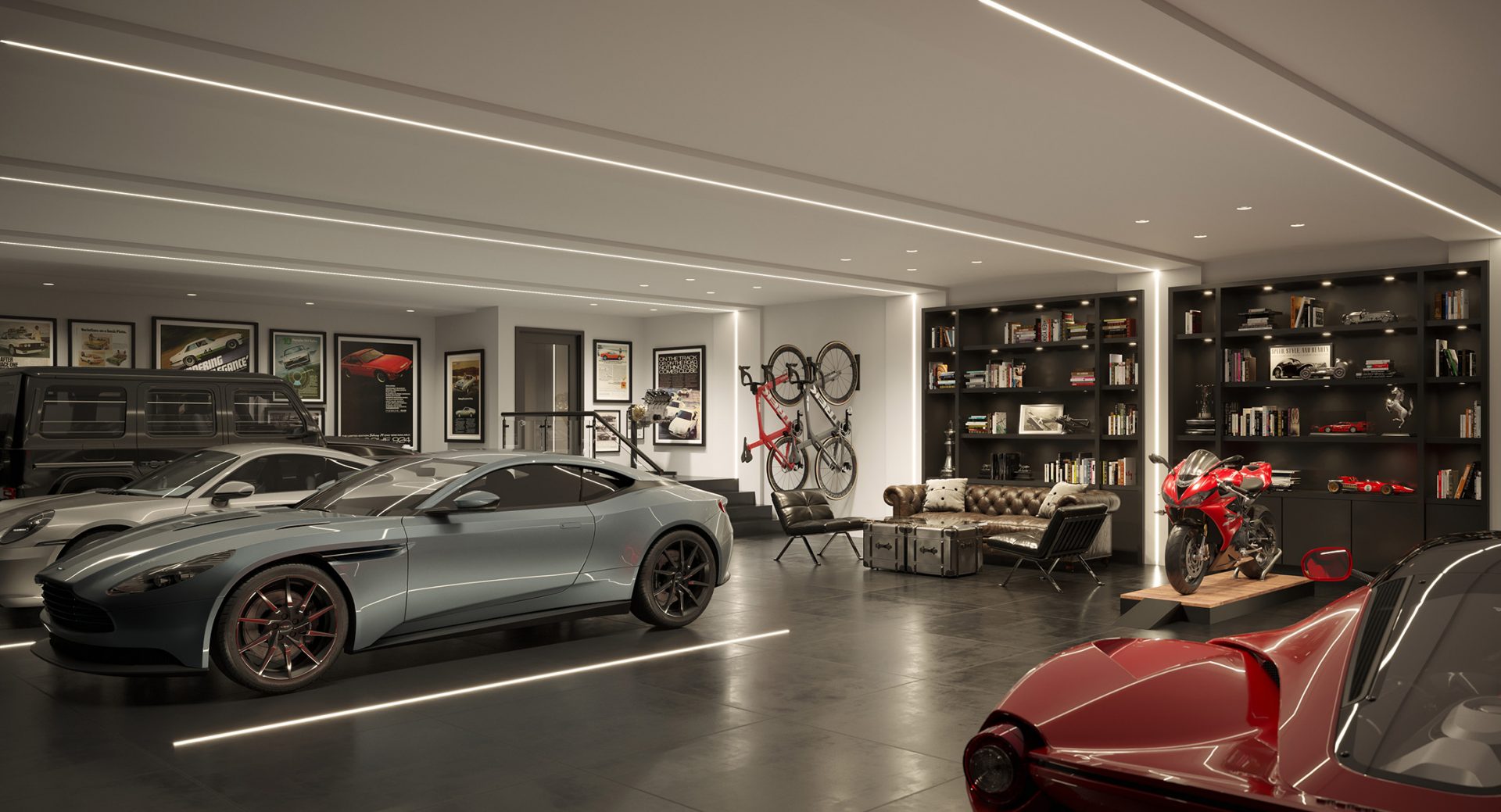 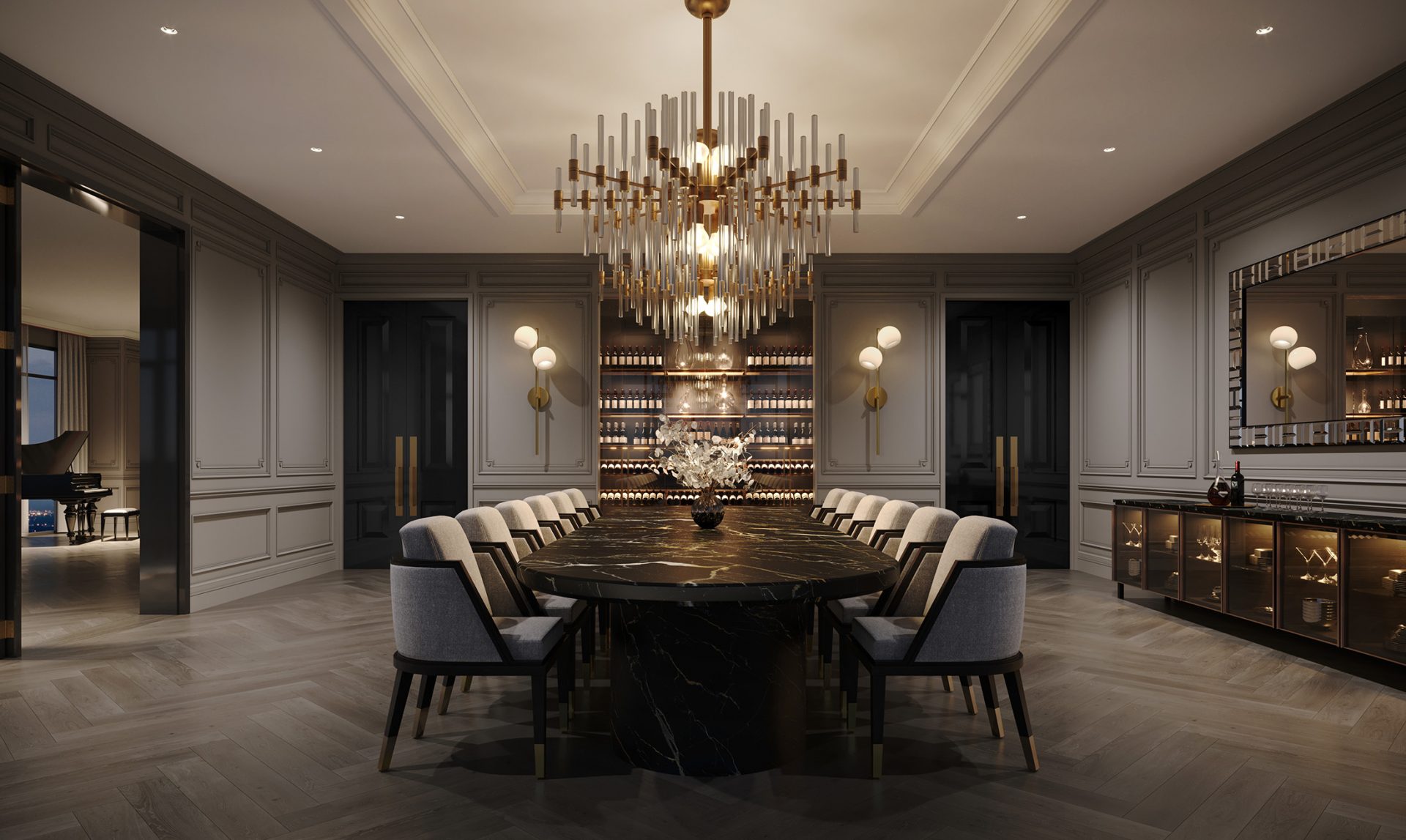 According to developer Camrost Felcorp’s vice president of sales and marketing, Christopher Castellano, the launch of the $15 million penthouse “sets a new bar for condo pricing for the residential real estate market.”

“With today’s penthouse release, Camrost has boldly demonstrated to purchasers, brokers and our development sector colleagues that luxury living has a new home in the GTA, and it can be found in downtown Mississauga,” Castellano said. 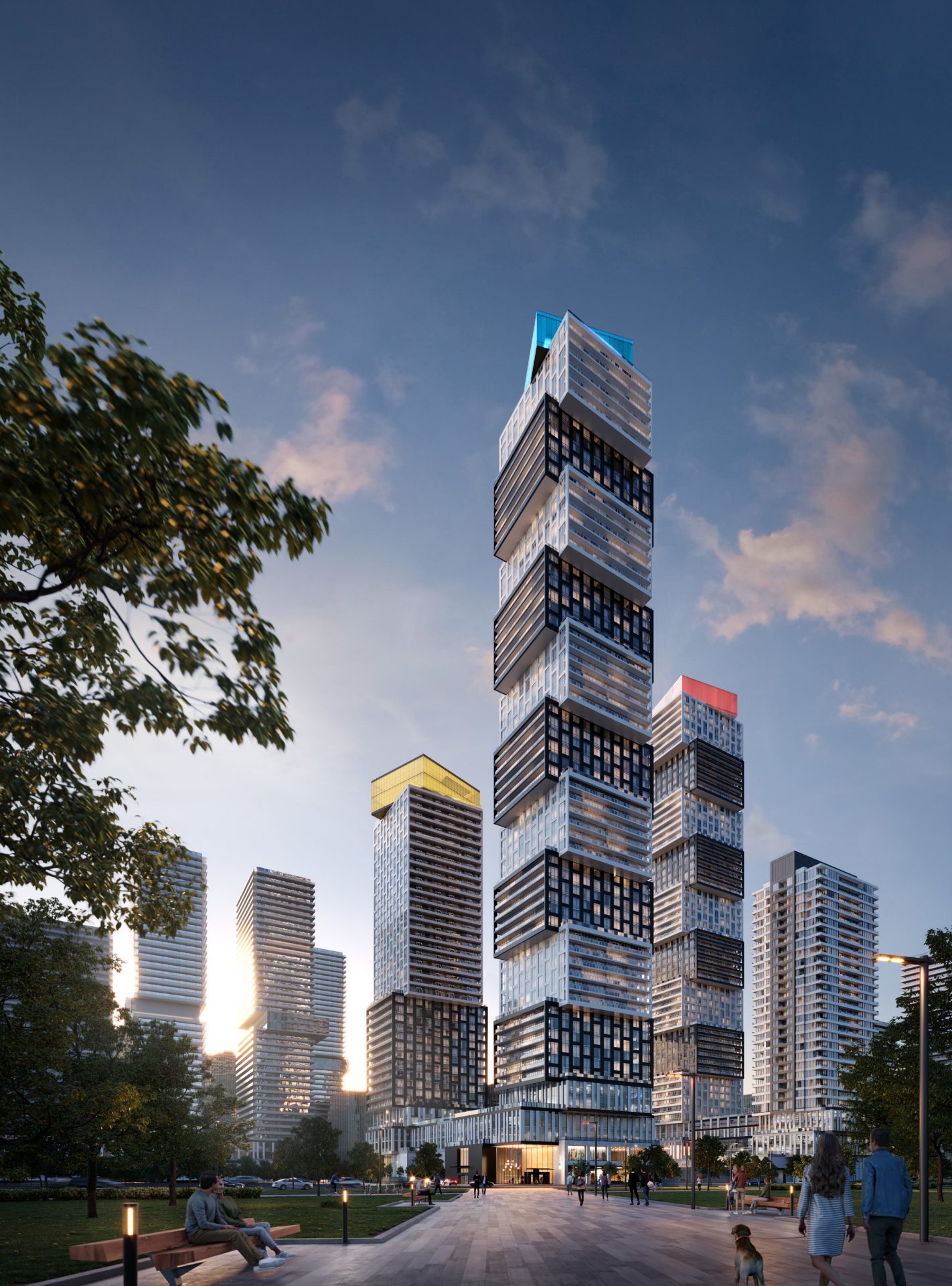 Sales at Exchange District, a multi-tower complex with three condo buildings, a rental residence, and a hotel at Hurontario Street and Burnhamthorpe Road, started as early as 2019. Sales at EX3 Condos, in particular, launched earlier this fall for non-penthouse units and quickly sold out.

“Since the sale of our first unit at the Exchange District in 2019, through the recent release of units at EX3, buyers have recognized the unique opportunity for urban living in this pocket of the GTA, and more importantly, the value it offers on a price per square foot compared to downtown Toronto,” Castellano said.