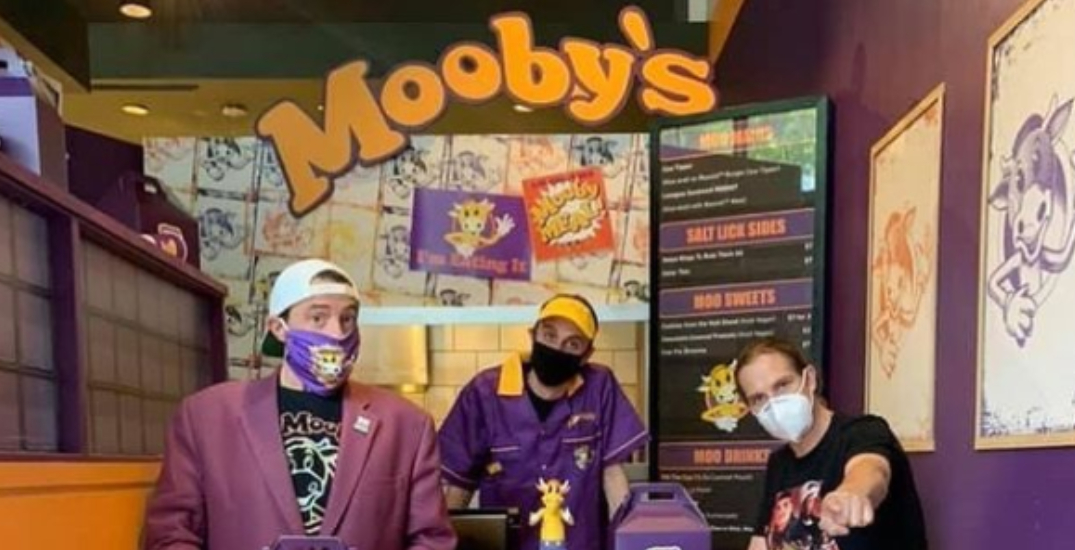 Kevin Smith is bringing Mooby’s back to Toronto.

Following a sold-out run in November of 2020, Mooby’s is returning as a pop-up restaurant, Secret Stash Merch Shop, and street-side patio on July 14.

Operating as a takeout-only experience, Mooby’s will be “bigger and better” when it opens at Adelaide Hall next month.

The pop-up will replicate the restaurant made famous by Dogma, Jay & Silent Bob Strike Back, and Clerks II, allowing fans to fully immerse themselves in the View Askewniverse.

The former is a kielbasa sausage on a bun, while the latter was created by the city’s own Mill Street Brewery. Fan-favourites like the Cow Tipper and Hater Totz will be available, too.

The pop-up will start taking pre-orders for both food and collectable items on June 29.

Toronto played host to the first-ever Canadian Mooby’s last winter. Due to the province’s COVID-19 lockdown, the restaurant only offered takeout and delivery.

Mooby’s has since had a sold-out run in Vancouver and several American cities, including Los Angeles, New Jersey, and Orlando.