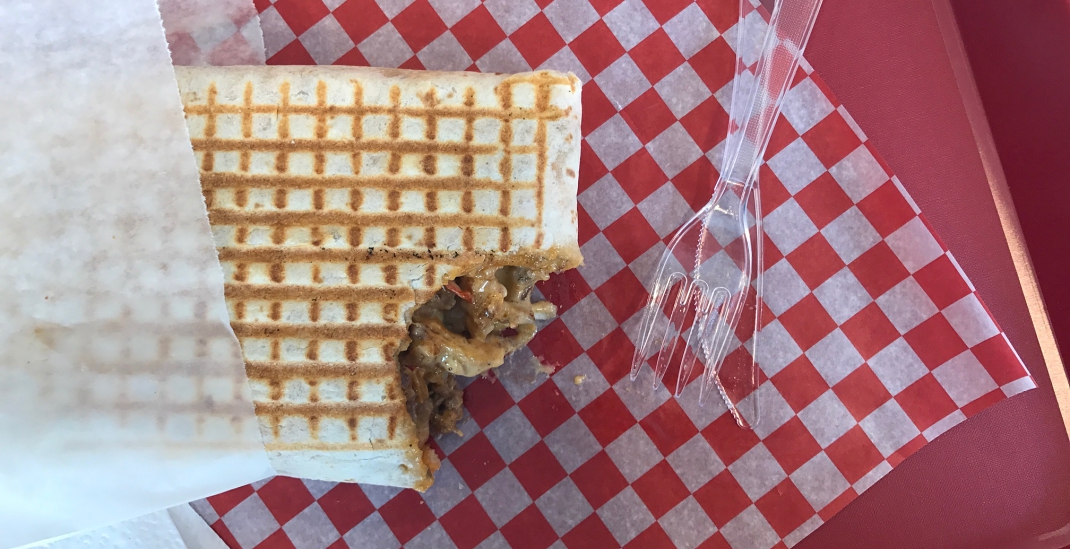 French tacos have arrived in Toronto.

Newly open, Mister Frenchy has made it its mission to introduce the French street food to The Six.

Located on The Danforth just east of Pape, the eatery is a quick-service style spot where the menu majors in handheld feasts wrapped in tortillas, pressed baguette sandwiches, roulés, and salads. 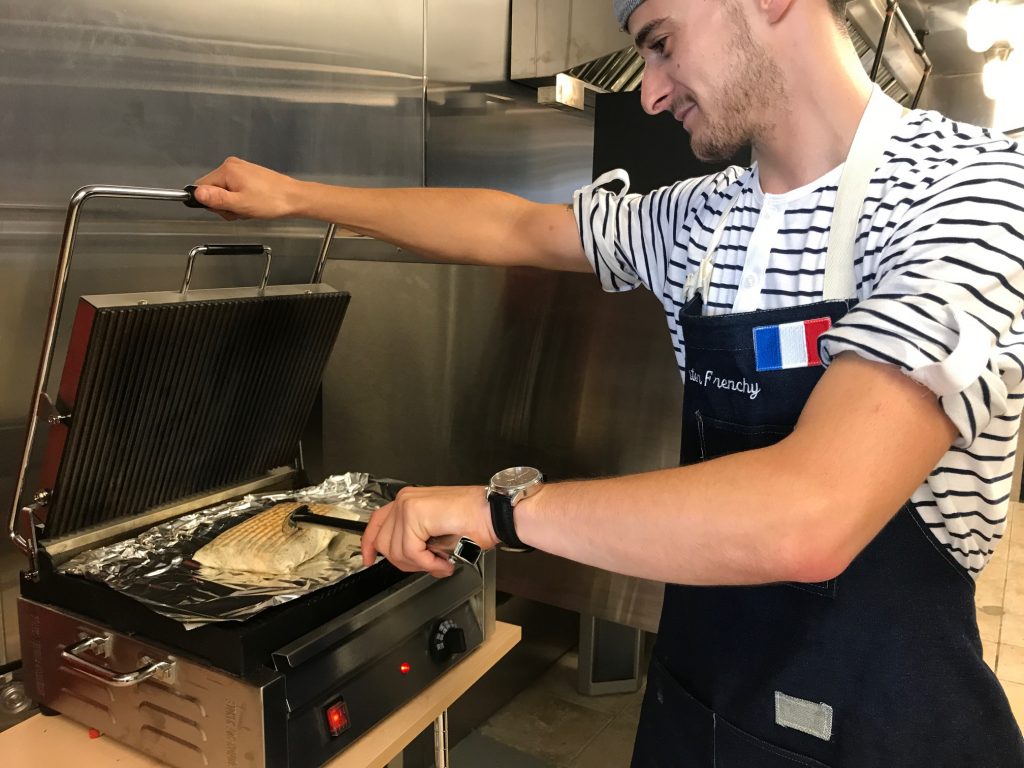 The most distinguishing feature of a French taco is its filling. While the whole package resembles a flattened grilled burrito, the fillings are indeed very French. Le Lyonnais, for instance, comes loaded with ground beef, tomatoes, onions, peppers, fries, and a creamy cheese sauce in addition to Algerian sauce, a sweet mayo that draws on North African spices for flavour. 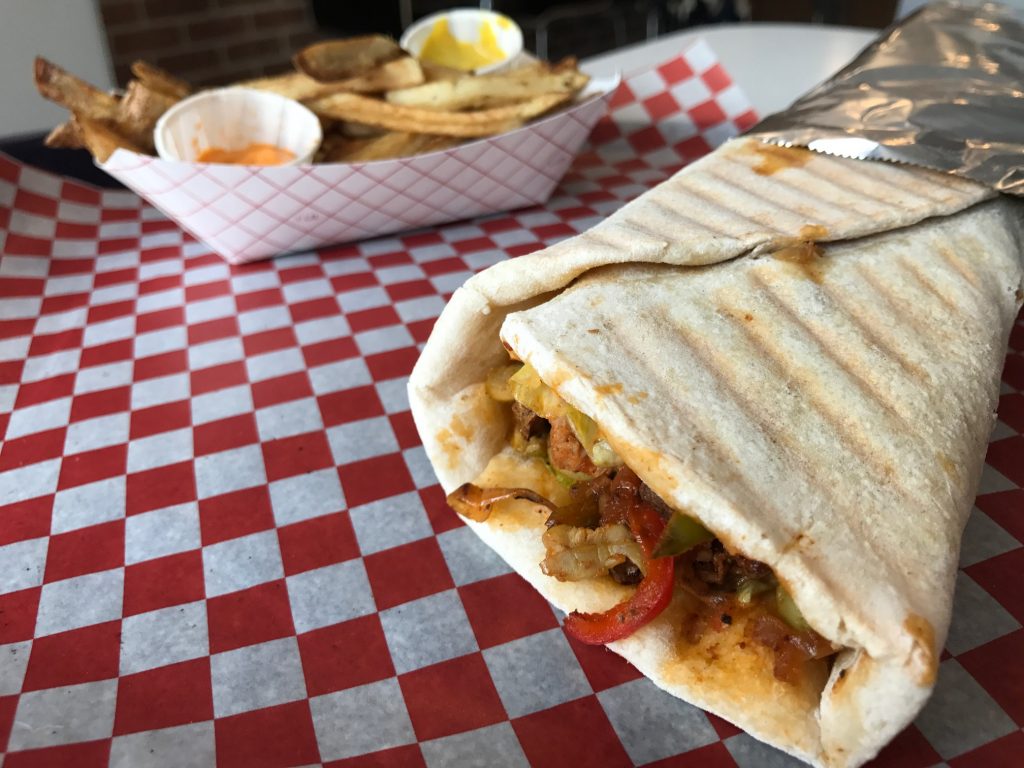 Roulés are also a novel new offering to Toronto. These massive wraps start with thin pizza dough baked and wrapped around various ingredients. Le Cordon Bleu, for example, is stuffed with cheese and ham-stuffed fried chicken and dressed with tomatoes, onions, French fries, and pepper sauce. 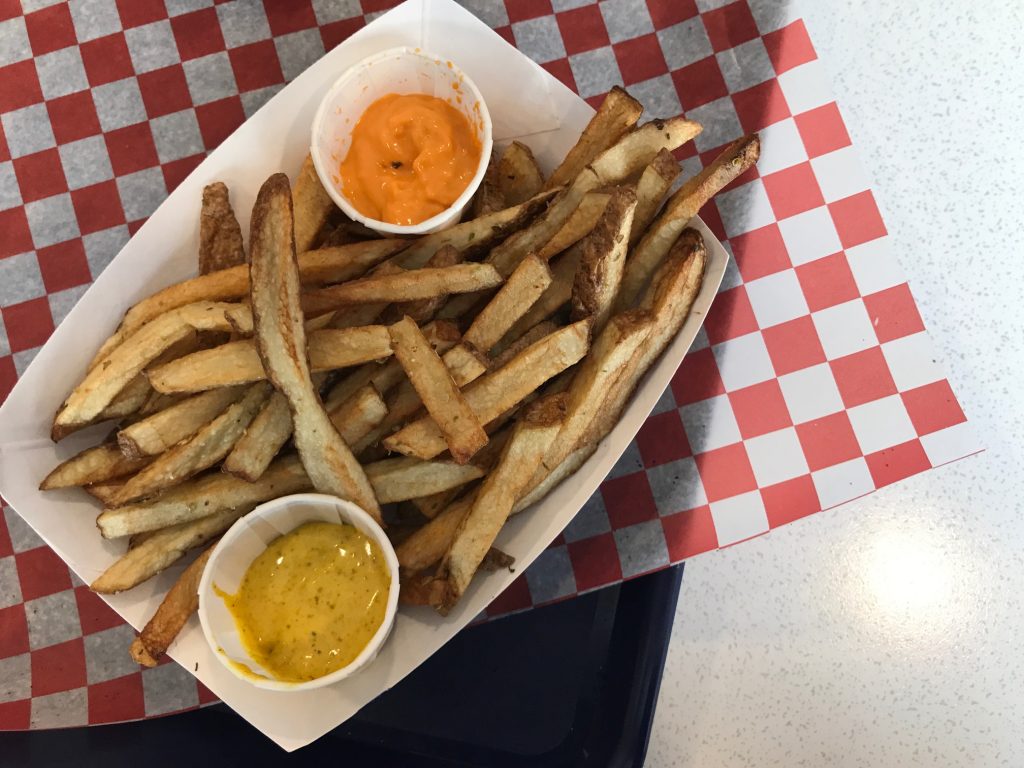 On the lighter side, a selection of salads such as a classic Nicoise, a Caesar, and the Campagnard, a medley of lettuce with bacon, boiled eggs, croutons, and Emmental–meal-sized alternatives to the otherwise carb-heavy menu.

Commendably, the whole menu is priced under $10. For the extra thrifty, the simple croque monseiur (made with jamon de boeuf), will even provide sustenance for a mere $3.99.

There’s plenty of space to eat inside though the menu lends itself to take out quite well to take away. In its opening weeks, Mister Frenchy intends to operate Sunday through Thursday from 11 am to 11 pm, while on Fridays and Saturdays the kitchen will stay open later (up to 2 am) depending on demand.