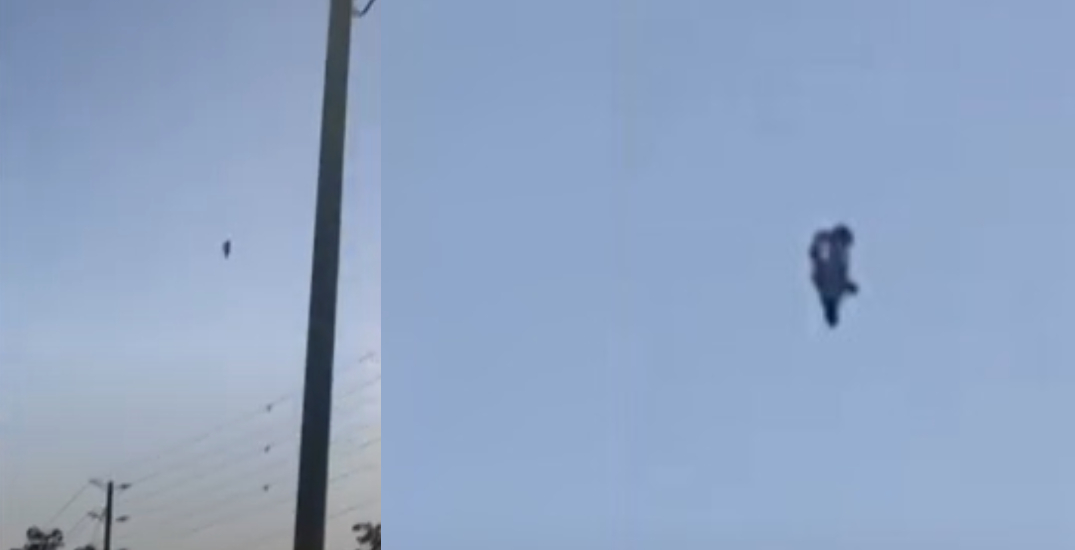 Could an alien invasion be in store for the GTA?

A video shared on YouTube by user The Unknown 41 alleges to have caught a UFO on camera in Mississauga.

In the 16-second clip, which was posted on August 21, a dark object can be seen floating in the evening sky.

The camera zooms in and out on the figure as it glides horizontally across the sky.

The video description states that there are “no signs of CGI or video editing,” and that it appears to be a “real and legitimate” UFO.

While some viewers are convinced the object is not of this world, others have denounced it as nothing more than a balloon—specifically one of Mr. Peanut.

The later theory came about after a photo, allegedly of the same flying object but from a different angle, surfaced on Reddit.

Regardless of the object’s true nature, it is—at least for now—an unidentified flying object.

Daily Hive has reached out to Peel Regional Police to see if anyone reported the UFO and will update this story accordingly.